On March 10, 2022, Keith Richards walked on stage at the Beacon Theatre in New York City. The Rolling Stones guitarist along with his band the X-Pensive Winos, featuring Stones’ drummer Steve Jordan, keyboardist Ivan Neville, guitarist Waddy Watchel and bassist Will Lee, plowed through a three-song set, including Stones’ more recent “You Got the Silver” and the Some Girls track, “Before The Make Me Run,” closing out the sixth annual charitable concert Love Rocks NYC.

A culmination of five years of Love Rocks NYC charitable concerts, the annual event, supporting God’s Love We Deliver, which provides meals to individuals who are too sick to cook or shop for themselves, was rounded out by an evening full of performances—Mavis Staples with her 1974 Staples Sisters classic “I’ll Take You There,” along with poignant sets by Allison Russell, Larkin Poe, Anders Osborne, and Ben Harper, who was joined by famed rock photographer and musician Danny Clinch for a rendition of Led Zeppelin’s 1971 cover of Memphis Minnie and Kansas Joe McCoy’s “When the Levee Breaks.”

Closing out the sixth edition of the all-star concert in 2022, Love Rocks NYC has raised more than $25 million and funded nearly three million in meals for New Yorkers since its inaugural concert in 2017 and been supported with performances by everyone from Robert Plant, Jon Bon Jovi, Sheryl Crow, Joe Walsh, Gary Clark Jr., and more since its inception.

Love Rocks was the ambitious mastermind of NYC real estate broker Greg Williamson, global events planning veteran Nicole Rechter, who founded RWE Partners, and designer and philanthropist John Varvatos, and one of many music-and-charity events the team is cultivating to causes centered around everything from social justice and poverty, supporting veterans, raising awareness and helping provide resources for mental health, and more.

Their expanding collection of projects was always fueled by a passion to engage, educate, and help others with needed resources from the moment they started their Love Rocks journey.

“It shows that we have a lot of passion,” Rechter tells American Songwriter. “When you do something from love and joy, it doesn’t feel like work. We’re just doing it, because we believe in the mission, and we love what we do.”

For Rechter and Williamson, Love Rocks, and several other charity-based music events they’ve already produced, along with Varvatos, is just the tip of a steadily growing catalog of philanthropic events. Recently participating in the CBS Primetime specials Play On: Celebrating the Power of Music to Make Change, Williamson and Rechter along with Varvatos, Kevin Bacon, LL Cool J, and CBS journalist Anthony Mason produced a televised benefit concert benefitting WhyHunger and The National Association for the Advancement of Colored People Legal Defense Fund.

Growing up in Amagansett, New York, Williamson was always fond of his local music theater, The Stephen Talkhouse, and its musical lineage with everyone from Buddy Guy, Paul Simon, Patti Smith, Paul McCartney, Billy Joel, and more icons performing in the 200-capacity venue. After taking Rechter to his hometown, her first-ever visit to the Hamptons, and standing in front of the famed venue, the pair decided to launch The Talkhouse Jam summer concert series.

“I grew up out in Amagansett, and Talkhouse is a really special venue to many people including me because it’s this iconic, small venue that so many legendary artists played,” said Williamson, “so we said to ourselves, ‘why don’t we start a summer series here.’”

The annual Hamptons-based concert series—which debuted in 2021 with featured artist Marcus King and its second installment in July 2022 centered around the eight-piece New Orleans ensemble The Revivalists—supports USA Warrior Stories, an organization designed to record, archive, and share videos of veteran stories online and is linked to the Amazon Prime series USA Warrior Stories, led by filmmakers Matt Hindra and Nick Kraus who help document U.S. veterans’ stories in the military and living as civilians.

As the city was beginning to recover from the pandemic and there was a return of live music, the idea was to create something small and intimate event, a throwback to some of the more epoch parties of the bygone Downtown Manhattan days, featuring a choreographed selection of performers sharing one stage, along with a curated guest list of artists actors, chefs, CEOs, and music lovers.

“The vibe we’re going for is that it feels really spontaneous,” said Williamson. “It’s about having a great group of people in the room together with similar sensibilities. It’s about bringing great people together who want to see something that they couldn’t pay for it because you can’t buy that kind of experience.”

For Williamson, who has been sober for eight years, bringing awareness to addiction and mental health through the Sessions, particularly following the recent pandemic, was critical. “It’s not part of the ethos of who we are if we didn’t have an organization and a cause that we’re shining a light on,” shared Williamson. “And mental health and addiction—coming out of the pandemic—couldn’t be more pronounced in this day and age.”

On Oct. 21, Williamson and Rechter will also lead The Tipping Point, a live music, charitable event featuring performances by Stephen Marley, Lukas Nelson, Jimmie Vaughan, Marc Broussard, and others to help raise money for scholarships for students at Tulane University and for the city of New Orleans. Also launched in 2017, The Tipping Point also marks the first time a university has held an annual beneﬁt concert in the United States.

“That has been a really inspirational and unusual project because there’s no other event of that caliber happening on an annual basis for a university anywhere in the country,” said Williamson. “I can’t speak globally, but it’s certainly not happening in America.”

The seventh edition of Love Rocks NYC, scheduled for March 9, 2023, is also well underway, one that requires year-round planning, and one Williamson insists will top their 2022 installment.

“We want to continue to push the envelope with the amount of money that we raise for New York City and God’s Love We Deliver Each and every one has been such a success,” said Williamson. “When you have such success like that, I think you want to just keep maintaining it and keep delivering at that same level. Each year when we finish we say to ourselves, the goal is to make it that good again.”

Though there are no rumored performers, artists like Ringo Starr, who recently donned the Love Rocks t-shirt showing his support, is definitely on their wish list. “It’s such an incredible cause to get behind,” added Rechter. “Musicians love doing it, they have the greatest time, so if the sun and the stars line up, you never know who’s gonna be on the stage.”

She added, “It’s really the result of tons of love and passion from literally every single side—from the charity, from us, the artists, the audience, and our partners. I have been doing global events for my whole life, for more than 20 years, and I’ve never been part of a project that has this feeling from year one. There’s just this certain magic that it has.”

Another part of the magic around their growing collection of charitable music events, which have already raised nearly $50 million, collectively, to date, is that they are truly one of a kind.

“The most interesting thing about what we do is that there’s nobody doing what we do,” said Williamson. “We’re privileged and lucky to be able to do what we do, and it works, because there are the same sensibilities, there’s friendship and there’s trust. Everybody’s coming at it from the right place. … We couldn’t walk away from it if we wanted to.” 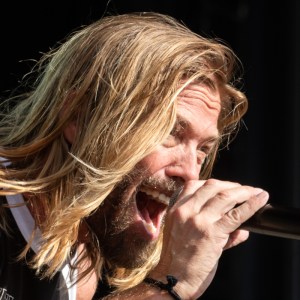 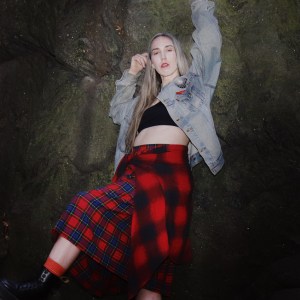