The bi-coastal artist, Puck says she wrote her first piano compositions when she was just a little kid.

But while those songs were known by the people around her, she kept her singing a secret from almost everybody until now.

“I grew up in Washington State when grunge was happening,” she says. “But I was very nerdy and played jazz piano. When I was 13, I listened to Nirvana and Oscar Peterson CDs, but my Mom played Court and Spark on Saturday mornings while we cleaned the house. So [my music takes in] all of that songwriting, and daze, and power, and virtuosity jumbled together.”

It’s from those beginnings that Puck has gone on to achieve great things, from playing and touring with SZA on keys to writing and releasing her own solo work.

Her latest song, “Best Friend,” however, she says is about something dark—Domestic violence.

“I watched someone’s mental health decline,” says Puck. “I didn’t realize for a long time how I was being harmed until the harm became physical and extreme. In this song, I talk to that person. I say that I see the way he’s suffering. But that doesn’t justify choosing harm instead of healing. I also grieve for my own heartbreak, both at the loss of love and at the recognition of what wasn’t love all along.”

Puck adds that she hopes, as the world looks harder at domestic violence, that change happens.

“Also,” she says, “I think the way we ostracize abusers is perpetuating the abuse cycle. Abusers are people who experienced violence or neglect themselves. Don’t criminalize mental health, don’t isolate abusive men—that will only keep abuse alive. A person’s healing requires community.”

Content aside, Puck says, “Musically, it’s my simplest song. I love how familiar it sounds; to me, it’s like the final song as the credits roll in the movies from my childhood. But I sang it like a lullaby because it’s ultimately to myself, and I needed a lullaby at the time.”

The song started with an instrumental, she says. And grew from there.

Puck explains, “The arrangement concept came first, I knew what I needed the song to feel like emotionally, and I wanted to write a rock song. The harmony came, and the melody arrived. It took a while for all of the lyrics to land.”

“To me,” adds Puck, “songwriting is more of an archeological dig than sculpting clay; it’s my subconscious talking to me. The song becomes more clear as parts of myself rise to the surface and I’m able to give words to parts of myself that previously existed only as feeling or knowing. This song arrived as I was healing and exiting an abusive psychology.”

In the end, music, for Puck, is often about the connection it offers.

“I love when I’m riding in a cab alone,” she says, “and a song comes on the radio where the lyrics really hit me. It doesn’t even have to be a song that I like, but when it feels like the singer is talking about something I’m going through, it’s a relief to hear—like I’m not just talking to myself about it anymore. Domestic violence is still a really taboo thing to talk about in our communities. It’s a very isolating experience. I want the people who need this song to hear it. There’s a community of us by their side.” 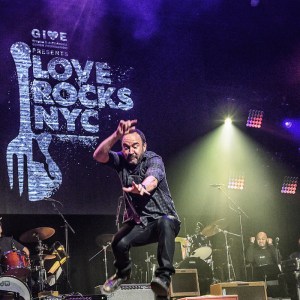