John Mark Pantana’s personal story is as distinctive as his music. Featuring metaphorical language that breeds deep reflection paired with soothing, yet powerful melodies carried by his unique vocal tone, Pantana’s artistry reflects his growth and bent as a songwriter, and the life experiences he’s encountered on his path of religion and the Christian faith.

Pantana’s latest project, ‘Love Secrets (B-Sides),’ takes the open conversation between himself and God presented through the songs, and reimagines those pieces in a stripped down way, getting back to just him and his guitar, similar to the first album he released in 2017.

Tell me about your testimony, and how that has influenced your music.
I grew up in a bible-belt and constantly struggled in my relationship with God. I middle-fingered God twice; once at 13, and once at 22. Both involved reveling in the bowels of debauchery. Technically, I didn’t reject God. I rejected the crap-tastic religious version of Him. I say it like this: “Many reject religious Christianity, very few, if any, reject the Pleasure-King-Jesus in all His loveliness.” Once I encountered Love, I wine and dined with God for twenty-four-hours-a-day in true monk status. After a three-year binge, the Jesus-music started flowing out. My story definitely shapes my lyrical content. There’s a sweetness to God in my heart; I tried and failed to please Him most of my life in a work-for-it system. Hard-slog, hard-labor. It’s very sweet to taste the glad-tidings of restful Grace when you’ve hard-slogged to earn it by the sweat of our brow for so long.

You’re in a specific niche in the Christian music sphere. Can you talk about what you view that niche to be, and how you got there, and even why you’ve found yourself writing in the style you do?
I’m not sure what the niche is and not sure how I got here. I didn’t write for a specific audience or try to target anyone specifically. I wrote music from my heart that I liked. My first album is a collage of songs that I recorded on a phone and podcast mic in my bedroom. I had no idea what I was doing. A few of my friends liked the songs and were tired of going to YouTube to listen so I figured out how to release it to music stores.

What are your thoughts on where the Christian music industry stands as a whole right now, and how you fit into that narrative?
I am so disconnected from the industry, I have no idea what it’s like. As far as how Christian music generally sounds sonically: it’s normally not my favorite. But also, I’m not your typical music-junky that listens to a million different bands. I’ve been listening to the same artists for as long as I can remember; and more specifically, about five-or-six albums are on repeat every-day-of-my-life. My preference is pretty narrow and I’m not completely sure why. As far as content within Christian music, the stereotype is that it can be shallow or a cheese-fest. Random thought: I would definitely attend an actual cheese-fest. That sounds nice. Anyway, I do see an undercurrent of independent Christian artists that are changing the scene. Now that streaming services are king and artists can create and release their own content, I’m expecting a huge surge of unique musical expression in the scene. Whether the content of the music is potent will depend on whether the artist has stood naked-and-unashamed in the garden of God. That’s a flowery way of saying, they’ll need real, heart connection with God for the music to transcend nice sounding and visit heavenly places. I would prefer Christian music to be rich with the Spirit than to be a dank beat. Both would be nice too.

Love Secrets B-sides is a really interesting project. Why the B-sides? What do you hope to communicate through these releases?
My first album was basically just me and a guitar. The B-sides are a quazi-attempt at doing that with my second album.

Your voice, musicality and writing style are really unique. Where do you draw inspiration both musically and in lyrical content?
Something just deposited in me when I was 19. I had never tried to create music before and then all of the sudden: I couldn’t stop. As a freshman in college, I taught myself piano and guitar by clawing my way through. Whenever I played an instrument, I had no desire to learn other people’s music. I just wanted to create new things. It honestly hasn’t stopped. I would consider myself a songwriter more than a musician. My musician friends want to jam on popular music; I’m pretty bad at that. I always lean towards creating new-ideas. I have thousands of voice memos. I’m sure there are lots of albums hidden in there. When I write, I use a technique called “non-sense” words. I’m not sure if that’s the real name for it or if it’s a known technique. I create the music and melody by way of feel; not by studying other music or trying to re-create something. Once I have a chord structure and melody that I’m enjoying, I’ll interject meaningful lyrics syllable by syllable.

What’s on the horizon for you? How many B-sides do you plan on releasing, and will there be any new music to follow?
The B-Sides are done. There are 10 tracks.; some re-imagined more stripped-down versions of the studio version, some live tracks, and a few new songs. On the horizon now is: Love Secrets the book. I’m actually finishing up formatting the art today and will be self-publishing in the next week or so. The book is an in-depth look at my story and expands truths that set me free. I’m pretty excited about it. I’m also in the thick of writing my next album. The plan is to start production in January of 2021 for a summer-time release.

To learn more about John Mark, visit his website.
If you like his music, consider a purchase. 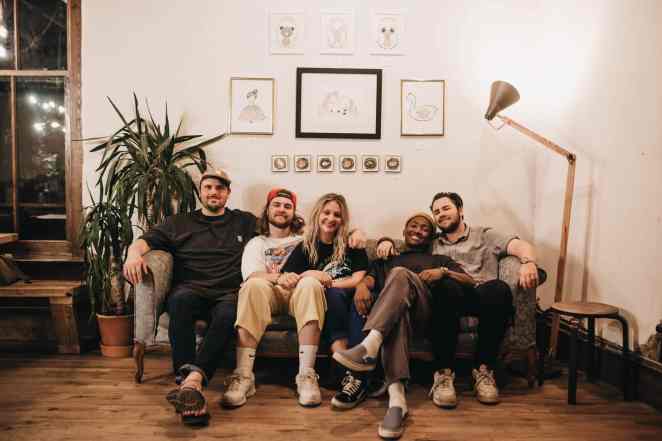 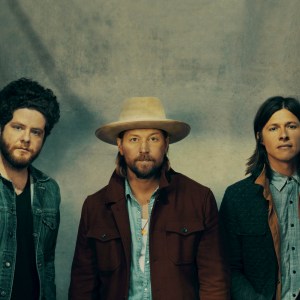 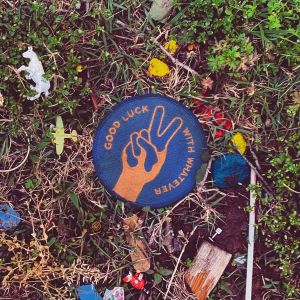