Last week, Atlanta’s self-described “pool rock” outfit Lunar Vacation shared the shimmering first cut–“Unlucky”–off their forthcoming debut album, about which they’ve kept pretty quiet so far. That changes today, as American Songwriter caught up with lead singer Grace Repasky about the record as well as some of her recent musical inspirations.

Lunar Vacation’s debut album will arrive later this year as a highly-anticipated follow-up to the band’s first two EPs: 2018’s Artificial Flavors and 2017’s Swell, both of which showed the quartet to be skilled executioners of wistful, sun-kissed indie-pop. As with previous releases, Repasky’s vocals are dreamy and plush in “Unlucky” as she delivers the song’s nostalgic opening lines: “I could go outside / Let the wind flow through me / If I stood in the sun / I would vanish completely / In my room / I remember you said / If you walk the line / Then your feet will get cut.”

“[‘Unlucky’] is our first song since 2018,” Repasky tells American Songwriter of the track. “We are super proud of it and hope people will find a way to relate to it. Everyone can feel unlucky sometimes.”

According to Repasky, the song’s meaning has evolved since she first wrote it a year ago: “[It] was the first song that stuck after around five months of not writing anything that I was happy with,” she explained in a statement last week. “In March of 2019, I was feeling really discouraged with music, was having trouble with some relationships and got cheated on. Looking back, I definitely wrote it in a mindset of self-pity and wallowing in sadness, but the song has changed meaning over time. The song wasn’t fully finished until October of that year, which gave me time to really think about what I wanted to say with it. But now, I feel it’s more about reflecting on things that happen in your life and how to grow from it, realizing that you aren’t the only one who goes through shit. Even though it may feel like nothing is going right for you, everything happens for a reason and it shapes you to grow.”

Repasky also spoke to American Songwriter about her experience working with producer (and Grouplove bassist) Dan Gleason and engineer T.J. Elias, her songwriting process, and her love of Yo La Tengo. Check out the full interview and listen to “Unlucky” below.

AS: You have a new record on the way. How did it come together? What does your songwriting process look like?

Grace Repasky: We’ve been touring for the past couple of years then doing school in between, so writing has been slow. But this year we really decided to kick it into gear. We’ve been exploring new sounds, writing approaches and themes for our record, and are slowly piecing it together! As far as our songwriting process goes, it’s different for every song. Usually I’ll have a song/idea and send it to [guitarist] Maggie [Geeslin], then send it to the rest of the band. Sometimes I’ll have a fully formed demo and we just go in and record, or other times I have the song but need some input to fill in the cracks. But in the studio, we all give ideas on where to take it.

Musically, how does your forthcoming record compare to Lunar Vacation’s first EPs?

We made those first two EP’s when we were in high school. We didn’t really know what we were doing or anything about anything. For these upcoming songs, we had way more experience in the real world: going to college, touring the country, meeting new people. I think the new music reflects that and our growth.

How’d you get connected to producer Dan Gleason and engineer T.J. Elias?

We heard about their studio through some of our friends, and since it’s local, Maggie and I decided to check it out one day. We hung out with Dan for like three hours the first time we met him, connecting over bands and music. We realized that he was the ideal person to help us create this new music, so we solidified our team! They’re amazing people and are incredible artists.

What are some recent musical inspirations?

I’ve been really into Yo La Tengo these past couple of months. Phoenix. Angel Olsen. Orion Sun. I’ve been really into all of them lately but specifically Yo La Tengo because of the variety and uniqueness of their songs. No two sound the same. On one hand, they have ones that are 3-minute sweet love songs with just guitar and drums, then on the other they have 10 minutes of overlapping, loud overdrive guitars. Also, they’ve put out a lot of music since the ‘80s and are still going. I’m reading “Big Day Coming” right now which is about them, so definitely excited to know more about them and their impact. 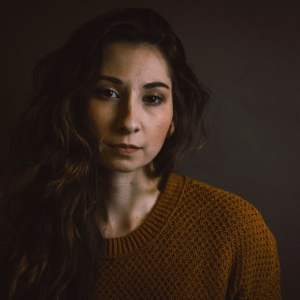 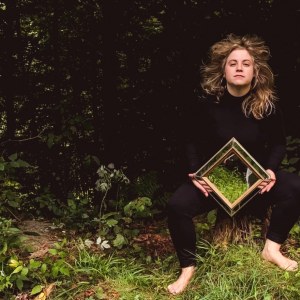