Like the sunsets that inspired it, Vivian Leva & Riley Calcagno’s new single, “Love and Chains,” is lucid and melancholy and ephemeral—a reminder to just be.

“The sun is setting / down across the road again,” Calcagno sings at the top of the folk tune, featured below with an accompanying video. “Mournful parting friend / moving on / night falls quickly / silently insisting that what’s gone is done.”

The folk/roots singer-songwriters trade verses throughout the track. “Oh, don’t talk about love and chains,” Leva pleads in one of her parts, her voice delicate and sorrowful. “And let’s not talk about the plans we made / why don’t we just sit and watch the sunlight fade?”

Leva and Calcagno’s harmonies are especially evocative: “You and I / we pretend,” they sing over gentle, finger-plucked guitars and twinkling keys, “that the word will keep on turning / and that we’ll have time to spend.”

“My friend always used to leave his door unlocked in the small town we lived in,” Calcagno tells American Songwriter over email, of the song’s origin story. “I thought we had plans on a Friday night but he was gone when I arrived, so I went and played his [Telecaster] by his Western-facing window as the sun was setting. I grew up playing fiddle music, so the foreign feeling and sound of an electric guitar always brings out new ideas and musical sensibilities. To the concern of my friend’s roommates, I played this opening riff and sang the first line for an hour until the light was gone. Much later, Viv and I, with help from our good friend Sam Bailey, wrote the rest of the verses and chorus, reflecting on being in the moment even as a difficult parting is impending.”

“Ironically,” he continues, “this song was our tool to process those moments, and we worked on this song for quite a while, each time we’d see each other. We finally finished this song together in Washington as the light was slipping away at a cabin in the mountains without electricity or water. It was again, one of those evenings that the song describes.”

The duo—currently based in Portland, Oregon—recorded the song last January with producer/engineer Joel Savoy at his studio in Eunice, Louisiana. “We doubled the electric guitars and drums (played by Matty Meyer) to capture that roomy sound,” recalls Leva. “Sam Fribush played the Wurlitzer and really highlighted the nostalgic feeling of the song. This is the one song on the record where we trade off lead and harmony parts. It was fun to sing this track live and play with the inter-woven and overlapping vocals.”

The record in question is the duo’s forthcoming self-titled album, due in March, which follows their 2018 debut Time Is Everything. “Love and Chains” is the second glimpse of the new album after lead single “Will Do.”

“This song is representative of how much of the material on our upcoming record was written,” says Calcagno of “Love and Chains.” “It was started with a kernel that came from a feeling that one of us was experiencing. Then we passed it back and forth by voice memo, layering on ideas or contrasting opinions. We finished this song, like others on the album, when we saw each other—the songs snapping into focus when we’d finally sing together. I think that mix of solitude and collaboration is what made the songs on the record what they are.”

“Love and Chains” also comes with a sun-kissed video directed by Ryan Jorgensen, which overlays close-up shots of Leva and Calcagno with idyllic footage of trees and flowers. “We hope this song can be a moment of peace, reflection, and solace from all that is vying for people’s attention right now,” says Calcagno. “I really love the paired-down arrangement of this song,” adds Leva. “There aren’t any elaborate solos, just a few compelling riffs (from the electric guitar and Wurlitzer) and honest vocals.”

Leva and Calcagno first met in 2016 when both musicians were teaching summer workshops at Centrum in Port Townsend, Washington—Leva with her mother, and Calcagno with his band The Onlies. Leva would go on to tour with The Onlies before the duo started their current project.

“Foundationally, we are inspired by traditional Appalachian string band music, bluegrass, and classic country,” Leva and Calcagno say of their influences. “However, we also listen to and are inspired by more contemporary folk, indie, and country music. [‘Love and Chains’] in particular is reminiscent of the classic country duets of George Jones and Tammy Wynette, although it integrates more modern indie-folk aesthetics.”

Vivian Leva & Riley Calcagno is out March 12 via Free Dirt Records. You can pre-order it here. 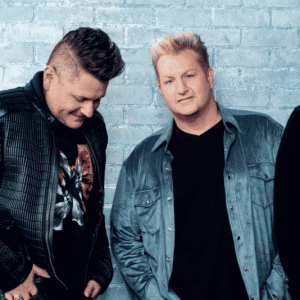 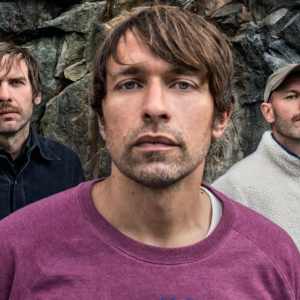