There’s something to be said about not feeling like yourself. It can either be a transformative moment or some short-lived degenerative lapse. In LYELL’s case “I’m Somebody Else,” came from a desire to kick every self-doubt to the curb.

“[It] deals with breaking out of a box that other people, or even yourself, have put you in,” says the Los Angeles-based singer and songwriter.

Produced by JT Daly (K Flay), “I’m Somebody Else” was co-written with Kat Leon (Holy Wars) and Marlo the Barbarian and is the second song off LYELL’s upcoming EP, out spring 2022, and follows first single “Potions.”

“After the response of ‘Potions,’ I knew I wanted to up my game a bit and out-write myself,” says LYELL. “I shelved the other song and started immediately working on ‘I’m Somebody Else.’ The goal with this one was to rock even harder and bring the listener into the room with the band, sonically.”

“I’m Somebody Else” is the anthem for anyone who needs some self clarification with LYELL growling No I don’t feel like myself / Looks like I’m somebody else / Smile for the camera please / Pretty little tragedy.

Referencing the live energy of bands like Arctic Monkeys, Royal Blood, and even Jack White, the accompanying video, directed by Krit Upra, showcases what people can expect from a LYELL show, says the artist. “I wanted to bring the energy,” says LYELL, who is set to play her first show in 2022.

In a word, LYELL was a name the artist always felt connected to. Eventually, it became her identity. “To me, LYELL is an entity in which I can be myself,” she says.

Prior to releasing “Potions,” LYELL teased her first song on TikTok and was overwhelmed by the community that began forming around the music.

“I started doing TikTok Lives over the summer and have a wonderful group of people from all around the world that have self-proclaimed [themselves] as the ‘LYELLMAFIA,'” she says. “It’s truly mind-blowing to see this group continue to grow even though they’ve all only met virtually through a comment section on my videos, or TikTok Live. It seems they’re there to support each other as well. I’ve seen a loss of a loved one, surgeries, a tough day at work, a breakup—and they turn to each other to pick [them] up. I even saw a photo of the very first LYELL tattoo the other day.”

Now, LYELL hopes the energy of the music and live performances penetrate and empower everyone who comes in contact.

“I want people to rock out,” says LYELL. “I want their cars to shake as they scream along. I want them to feel like a badass, empowered, confident, and unapologetically themselves.” 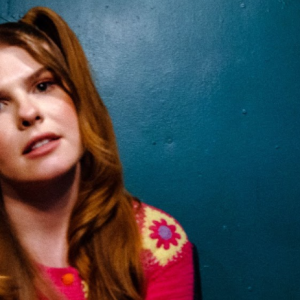 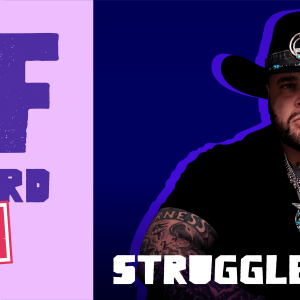