For Turner—the 21-year-old former-American Idol contestant turned social media singer-songwriter sensation—the act of songwriting often begins like that… then evolves into something more explorative. “I feel like songwriting helps me process and make sense of the world around me,” she explained. “It is a time capsule for my highs and my lowest of lows. I like revisiting and getting to remember where I was and how I was feeling—and that I survived each and every time.”

So, on that “seemingly uneventful” November day, Turner began the ol’ song and dance again… and this time, she wound up conjuring one of her most successful songs to date: her new single, “God Must Hate Me.”

“I was looking at someone I thought was a mirror for everything I was lacking… and was in the thick of comparison,” Turner said of the song. “Then, when I took it to my good friend, Johnny Shorr, he challenged me to take the song deeper, tapping into emotions that were unprocessed and raw; I haven’t let myself fully feel those feelings.”

The song embraces the trendy ethos of “bummer vibes,” which is on the rise in many Millenial and Gen Z songwriter circles. Lackadaisically indulging in her insecurities over a bed of minimalist pop stylings, Turner is able to express herself candidly, building the tune into a platform for all sorts of reflections and interpretations.

“As an artist, you always want people to listen to and experience the work you put your time and tears into,” she said. “But for this one, when people tell me they have it on repeat, it’s bittersweet—I’m happy they found something to relate to, but also I’m like, ‘Hey, are you ok?’ I feel guilty because it’s so sad! What stands out to me, though, is that I think no one really talks about this feeling so bluntly. Like no poetry, no bullshit: I feel like God made a mistake with me.”

To that end, the millions of folks who have streamed the song on Spotify, YouTube, and TikTok are all tapping into the blunt catharsis of Turner’s message, which is a mighty powerful thing.

Catie Turner’s new single “God Must Hate Me” is out now—watch the lyric video for it below: 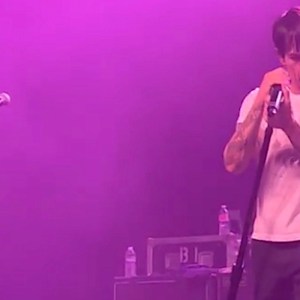 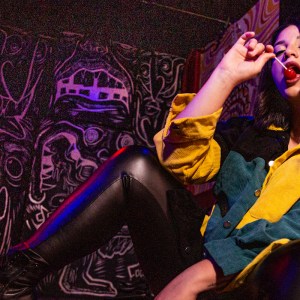