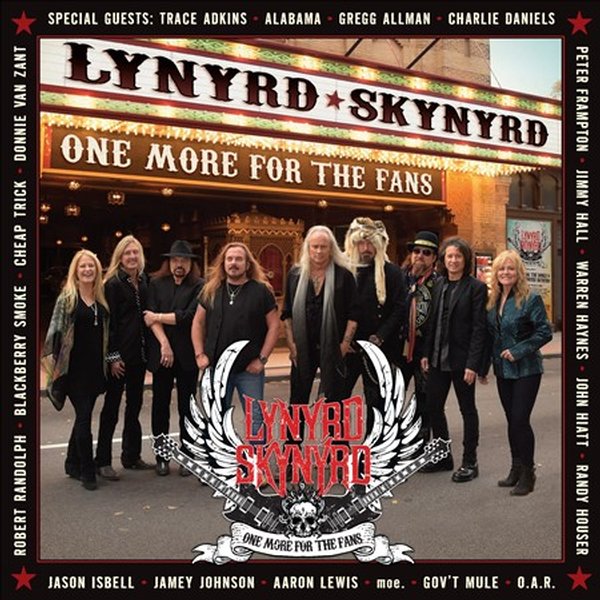 Lynyrd Skynyrd/Various Artists
One More for the Fans
(Loud & Proud)
Rating: 3 out of 5 stars

Atlanta’s Fox Theater was the site of Lynyrd Skynyrd’s One More from the Road 1976 live album, one of the band’s most raucous and commercially popular releases. So it’s a logical venue to host this November, 2014 tribute, 37 years after the majority of the original Southern rockers were killed in a plane crash. Replacement musicians have continued touring under the name, with only Gary Rossington left from the initial lineup, and have even released more new material over the decades. Still, it’s Ronnie Van Zant’s songs from the first incarnation that keep the fans—now three generations deep– filling the sheds every summer and are the ones on display here.

This two CD/DVD package captures that night, thankfully without the long waits that plagued the show. Musicians both logical (Trace Adkins, Blackberry Smoke, Gov’t Mule/Warren Haynes) and less so (Peter Frampton, John Hiatt, Cheap Trick) hit the stage, many in front of a solid backing conglomeration led by Don Was (no stranger to helming high profile tributes) to churn out 16 Skynyrd nuggets. All the front men– and except for backing vocalists this is not surprisingly an all-boys outing– are inspired, in good spirits, perform the songs professionally and capture the music’s basics. But it becomes clear that with Skynyrd, the sum was greater than the parts. While these versions are perfectly acceptable, only a few rise to the challenge of paying respect to the tunes and finding nuances, a distinctive slant and most frustratingly the almost impossible to nail rowdy/rebellious groove of the original band.

One who does is Gregg Allman who brings emotionally tough Southern soul to “Tuesday’s Gone,” even though he’s reading the lyrics printed in large type atop his organ. Jamey Johnson’s stripped down approach to the relatively obscure “Four Walls of Raiford,” sung with just lap steel accompaniment (like the recorded version), is a much needed change from the harder rollicking fare that dominates the program. The backing musicians recreate the parts adequately with only Wet Willie’s frontman Jimmy Hall contributing as a peer of the band in their prime. A three piece horn section and backing gospel- styled vocalists add soul but there are few surprises and ex-Black Crowes guitarist Audley Freed looks like he’d rather be somewhere else.

Lynyrd Skynyd, or the musicians now touring under that name, closes the concert with 20 minutes of “Travelin’” Man” and of course “Free Bird” as the entire ensemble crowds on stage for a final, celebratory “Sweet Home Alabama” singalong. Perhaps the most enlightening aspect of the DVD is in the extras. Here the performers articulately explain why Skynyrd’s music has endured throughout the decades and how musically complex it is, even though the songs are easily digested.

While this is an entertaining diversion for fans, especially those who continue to flock to see the act keeping the flame, if not the musicality, alive, that’s all it is. Additionally, the multi-camera video is plagued by hyperactive editing and a slick approach at odds with Skynyrd’s more rugged, earthy attack. There are enough moments to justify your time, although it would be better spent spinning the classic One More from the Road once again. 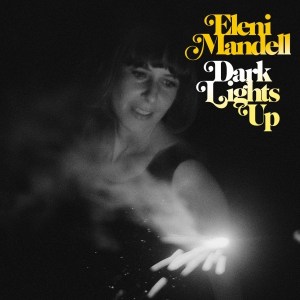 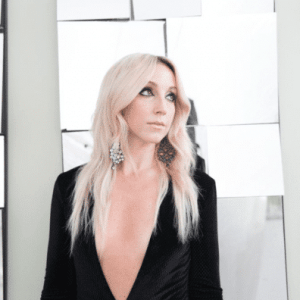