How did the song “Mary Dyer” come about?

A poet friend of mine, Jill McDonough, her first book is a collection of sonnets on American executions, which is where I first encountered Mary Dyer, one of the four “Quaker Martyrs” hanged in Boston in the 1660s (there’s a statute commemorating Dyer now on the Boston Common). In her poem, Jill quotes Dyer’s description of Boston as “the bitterest and darkest professing Place,” and those words — “dark professing place”– stuck with me.  After doing some more reading about her life, I wanted to write a song to commemorate her courage and visionary qualities. The Massachusetts Bay Colony was a hell of a dystopia to be alive in — worse even than Trump’s America — and in those dark times, to be able to profess your truth regardless of the consequences (banishment, twice for Dyer, and then death when she returned the second time), really spoke to me.

I have. It’s a simple, stripped-down ballad in G minor with some Dave-Rawlings-esque dissonance in the dominant, recurring hook. In fact, I thought a lot about Dave Rawlings and Gillian Welch when composing the music, and aimed for some of their more solemn, or somber, qualities, sounds you hear on their early albums in songs like “Annabelle.”

You’re a published, award-winning poet, with two books under your belt. You also teach poetry at a boarding school in New Hampshire. What distinction do you make between poetry and song lyrics?

I’m actually teaching a senior elective at Exeter called “Poetry and Songwriting” where I try to challenge or blur that distinction. I believe song lyrics ought to be — or should aspire to be — poetry. In the songs I love and admire — “Pancho and Lefty,” for one, and in much of Dylan — they are poetry; there is no distinction. Poetry, per se, is just song lacking music, and songs are poetry with the music humming along. Of course, there are bad lyrics, just as there are bad poems, neither of which contains much “poetry.” But the distinction “poetry and song lyrics” is a modern creation; the two were married from antiquity into the Renaissance, and are still sometimes on talking-terms today. I guess I’m trying to help reconcile the Great Divorce.

I wrote my first song — a tear-jerking, maudlin country tale of romantic abandonment — when I was 13. I wrote all through high school and college, and for a few years after that, for a band that toured quite a bit and made some albums. Then I quit — for about 25 years — concentrating solely on poems and trying to learn how to write them well.  Everything changed when I acquired this old 1950 Gibson J-50 named Myrtle. She is a serious, slope-shouldered song-making machine. To your question, my “tried and true process” these days is just following Myrtle wherever she takes me, whenever I pick her up. She’s written upwards of 80 new songs now and counting.

I co-wrote a song with the author Joyce Maynard when she all unexpectedly turned up at Steve Earle’s songwriting camp, Camp Copperhead, a couple of years ago. She had the words but didn’t play an instrument, so we put something together that pleased us both and probably exceeded either’s expectations.

If there’s a Songwriters’ Heaven, I hope to sit around a table trading songs and drinking whiskey with Townes Van Zandt, Gillian Welch, Johnny Cash and Kris Kristofferson. Steve Earle might make a rowdy entrance, doing a cover of Hayes Carll’s “Drunken Poet’s Dream.” The jukebox would play Harry Smith’s Anthology of American Folk Music world-without-end, and the portraits on the wall would be The Carter Family, Doc Boggs and Mississippi John Hurt. Why not?

I want to write songs that sound as if they could have been written by anyone — and no one. Songs that have been around forever, that came from the hills and the dawn.  That’s the highest bar I can think of, total anonymity, and I fail to reach it with most every song I write. But that’s my goal. To write a handful of songs of that transparent quality and caliber. 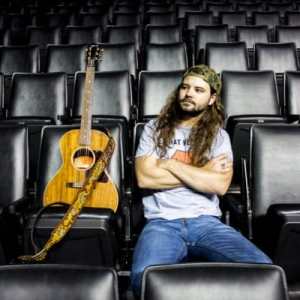 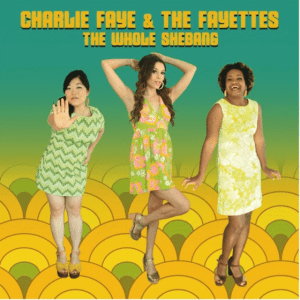