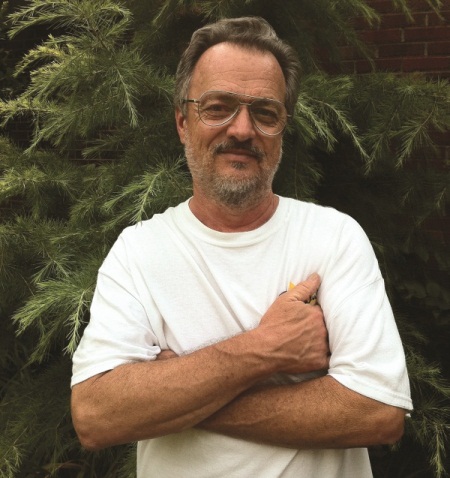 “Just Married” is a great song. So, are you married?
No.

Where did you get the inspiration for “Just Married?”
It’s just a play on words. It started with that. How “just married” can be taken in a different way than it is usually meant, and I just sort of built on it from there. And there was originally a line in it that said, “My color is green, but you saddled me in brown.” That was inspired by a Janice Ian song that I can’t even remember now. But I left that out.

How long have you been writing?
Since around 1970.

When was “Just Married” written?
It was written back in the late ‘70s.

Is writing just a hobby of yours?
Well, I’ve always done it with the idea of something bigger coming of it, but you got to work, too.

You live in Asheville, which seems like it’s a songwriting community. How do you like living there?
Well, I don’t go out to the clubs or anything like that, but there is a big music scene here. Coincidentally, there is a man who just started working at the mall two weeks ago who has been in Nashville and played at the Bluebird Café and had some success. He has two CDs out and now he has a gospel album. So it was really interesting talking to him about some of the people he has met in the business and some of his experiences.

Do you have any plans of coming to Nashville?
Well, I did go there in the late ‘80s as a result of a well-established contest because they wanted to film an infomercial for people who had done well in it. It’s something I’ve always said: If I had enough gumption to leave here, maybe I could have done something, but I’m not willing to leave Asheville.