Exactly fifty-three days after his wife Christina Mauser was killed in a helicopter crash, Matt Mauser sat down at his piano and wrote a song. It was a song of grief and yearning, a song of shock and dismay, a song of honesty and heartbreak.

And to this day, it’s a song he still can’t listen to.

“It’s just too painful,” the singer/songwriter tells American Songwriter about his devastatingly beautiful song “Lost” that he wrote as a loving tribute to Christina. “It’s still too close to the epicenter, you know?”

This epicenter he tearfully speaks of is the epicenter of pain he has felt since January, when a horrific helicopter crash not only took the life of his dear wife Christina, but also basketball great Kobe Bryant, Bryant’s 13-year-old daughter Gianna and six others. Yet, within the grief-stricken days following her death, Mauser has increasingly found himself craving an emotional outlet.

That emotional outlet is songwriting.

“I needed to identify with how I was feeling, and songwriting has allowed me to do that,” the 50-year-old recalls. “I needed to put words to where I was at. I needed it for my own sanity.”

“I play (“Lost”) and it just brings up everything all over again,” he says, his otherwise velvety voice cracking with every word. “But I’m glad I wrote it. It directed me to what I needed to do next. It helped me to get to that next phase.”

That next phase, while still immersed in the pain that comes when someone walks out the door and never comes back, now includes his new song “When You Wake Up and She’s Gone.”

“It pays homage to the old torch songs of the past,” Mauser says of the tearjerker of a song, exclusively premiering on American Songwriter. “It’s all about love lost. It could be as simple as a breakup. Or it could be more intense. Pain is pain. All that matters is that one sings with an honesty in their voice. That’s all I have ever wanted to do.”

Indeed, before the headlines and the breaking news reports and the interviews on the big network news shows that were nothing short of gut-wrenching, Mauser was already a well-known name in the California music scene via his band the Tijuana Dogs and also as the front man of Sinatra Big Band.

But that was just part of his story.

His love affair with music began a long time ago.

“I came from a very musical family,” recalls Mauser, who wrote his first song, “Cut It Out” when he was just eight years old. “My dad was a guitar player and my aunt was the pianist at Radio City Music Hall for over 30 years. My great grandmother also played within the Teddy Roosevelt White House and also with the Philadelphia Pops. Music has just always come easy in this family.”

An All-American swimmer in college, Mauser would soon learn how to play the guitar and take songwriting a bit more seriously…sort of.

“I have always loved grammar and musical twists and melodies and lyrical twists, and I have always thought lyrical songs were powerful,” remembers Mauser, who grew up on a steady dose of Elvis, Michael Jackson and The Police. “But back then, if I sat down to write, I would write with humor. I’m not sure why. That’s just what would come out.”

This humor came out in various ways and within various gigs. But things got serious in 2004, when a girl named Christina Patterson walked into one of his shows and forever into his life.

“She was the brains behind the operation,” gushes Mauser. “She was so organized and so business like and so beautiful. She was brilliant.”

Did she love music?

“Yeah, she loved me,” he quickly answers. “She was so supportive. She did everything behind the scenes. She gave me everything. I wasn’t ready to get married, but when I met her, I didn’t have an option. I was absolutely smitten.”

Eight months after they met, they married and over the course of their 16-year marriage, the lovestruck couple had three kids – Penny, Thomas and Ivy. But just as their life was about to reach that sweet spot of love and success, Christina, who was working as a basketball coach at Bryant’s Sports Academy, woke up on an overcast Sunday morning and left to go to a basketball tournament in Thousand Oaks, California while Mauser was still sleeping in their bed.

A couple short hours later, she was gone.

“For a month or two, I couldn’t play music,” says Mauser, who had also been working with Bryant for the past five years creating music for his kid-friendly podcast “The Punies”. “I lost 20 pounds. I couldn’t sit down and play the piano or sit down and write.”

But soon, he would.

While what he wrote could be categorized as downright depressing, he allowed his truth to play through his music. And as the one-year anniversary of his wife’s death approaches, Mauser says that the act of songwriting is aiding in his healing.

“I’m still extremely sad and hurting,” he says quietly. “To tell you the truth, there are moments I can’t get off the floor and that can be especially hard when you have three babies to take care of.”

So, does the act of songwriting truly help?

“That’s a good question. I don’t know if it’s helpful. I think it’s more necessary than helpful. It helps me in the moment. And that’s all I can ask for at this moment.” 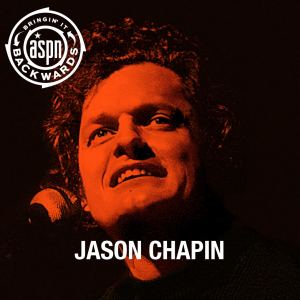 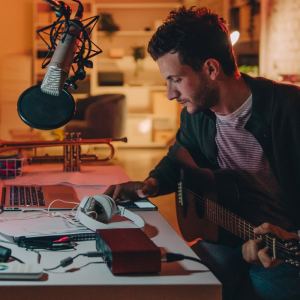