Granted, M. Ward isn’t the kind of guy you would rely on to be the life of the party. He’s more like the house guest who crashes out early, crashes on your coach, wakes up the next morning and offers encouragement as you try to wade through the shambles. Indeed, over the course of ten atmospheric albums, he’s purveyed an elusive charm and seductive sway, an approach that often threatens to simply dissipate in the ethos because there’s scant little it can be to tethered to. His is a lovely, lilting and shimmering sound to be sure, but hardly the kind of music that can be counted on to make an immediate impact

Migration Stories isn’t likely to change that impression, but it does, in a sense, offer the listener a more melody than meandering. To be sure, it’s still a low-lit affair and the pacing occasionally falters, but this time around the music’s more decisive and the arrangements, though still subtle, find their way to the fore. The biggest change comes by way of Ward’s guitar playing, from the supple strum that illuminates the hushed “Migration of Souls” and a pair of intriguing instrumentals, “Steven’s Snow Man” and “Rio Drone,” to the furtive finesse of “Independent Man” and the gypsy jazz stylings of “Coyote Mary’s Traveling Show.” Ward accompanies the latter with a kind of late night croon, adding an unexpected charm to his melancholy musings.

However distant his designs, Ward still manages to instill an alluring sense of introspection and intrigue. That’s especially true of the beautiful balladry that flows through “Along the Santa Fe Trail” and “Heaven’s Nail and Hammer”especially. More surprising still, he appears almost upbeat at times, given the sprightly sing-along that accompanies of “Unreal City” and the lilting optimism that adds a decided tenderness to the aptly titled “Touch.”

Tastefully arranged, fully cohesive and concise, Migration Stories may well be M. Ward’s best bid for wider recognition, given that his soft spoken sentiments offer some assuring affirmation during these decidedly troubled times. It suggests that indeed if there’s light just over the horizon, these Migration Stories may help get us there.

We spoke with M. Ward before the album was released. Check out that feature to read his own words. 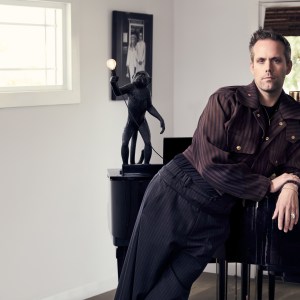 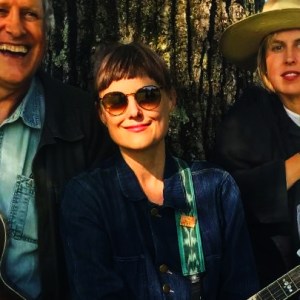