“Mornings with Papa Tom Chapin & the Chapin Sisters” Streams Daily from his Hudson Valley home on Instagram and Facebook.

Beloved songwriter-artist Tom Chapin and his daughters Abigail and Lily, aka the Chapin Sisters, are using their time quarantined in a positive and musical way. Living in lockdown together in Tom’s Hudson Valley home, the three Chapins have created what Tom he calls “a shout-out for shut-ins.”

Performed live from his living room, “Mornings with Papa Tom Chapin and the Chapin Sisters” made its debut on March 17, 2020, and streams daily on weekday mornings at 11:00AM EST on Facebook and Instagram. It’s a daily gift of 30 minutes of musical family fun. inviting all in lockdown around America and beyond to sing along.

Tom and his daughters perform a big range of songs that come from Tom’s thirteen classic albums of Children’s Music, as well as a lot of folk classics, and more. For years, on TV and in concerts, Tom’s been one of the most stalwart and constant champions of the Pete Seeger tradition, always using the power of song to bring people together. This show is an extension of that, warmly surrounded by his own grandkids and the happy vibe of a family having fun making music together.

Ostensibly a show for children, it’s fun for all ages – and especially now with millions on house arrest – human warmth like this is lacking for so many. It’s a natural blend of lighthearted and serious songs and messages, which is right for all generations. It’s a show parents can watch with their kids and enjoy just as much.

All three Chapins are parents, so know a lot about how to make music for kids. Abigail and Lily both have four-year old daughters, home from pre-school and too young to be occupied by Zoom School or Google Classroom. As all their friends are in the same boat, living on lockdown with little kids used to daily freedom, they recognized an opportunity to use their music and love of making it in this positive and genuinely helpful way. And it’s caught on.

“We saw a need for some entertainment for kids their age and older,” said Lily, “engaging kids along with their parents – an activity to do together. We also had a very restless grandpa in the house, who happened to have thirteen albums worth of engaging family music. At first we thought this would be for a week or two, but we are kept motivated by the daily responses and requests.”

During each show, The Chapins honor those on the front-lines of this crisis. “We’ve been asking people,” Lily said, “to share the names of loved ones who are Essential Workers, and we thank them live by name every day.”

As for his motivation, Tom said, “I wanted to keep busy and share these songs that I’ve written with my amazing collaborators over the last thirty years. I’ve been a working/touring musician for more than half a century, and being stuck at home is uncharted territory. But as always, the music and a chance to sing with my daughters keeps me sane, healthy and happy.”

The show also is a way for Tom to raise awareness for WhyHunger, an organization co-founded by his brother, the late Harry Chapin, which has established a Rapid Response Fund to provide food for those in need during this crisis.

Tom Chapin has carved out two parallel careers in folk music – as a gifted folk-based singer/songwriter as well as “the Pied Piper” of family music.  He started singing and playing guitar in a trio with his musical brothers Harry and Steve, inspired by a live album by The Weavers, Pete Seeger’s band, The Weavers at Carnegie Hall.

He released his first solo work in 1976, and since then has released 25 more. He’s giiven thousands of live performances, including innumerable benefit concerts.  He’s appeared frequently on TV and radio, in documentary and feature films, and is a beloved narrator of children’s books.

“I’m at that place in my life where I follow what interests me,” Tom said. “I still love the guitar, I still love to sing, and I still love the thrill of creation: a good song, a good recording, a good concert.  I feel blessed to be my own boss, creating my own material and performing for so many different audiences, and generations.”

His daughters were raised in New York’s Hudson Valley. The are third generation musicians: their grandfather was the jazz drummer Jim Chapin, their uncle Harry Chapin, who like his little brother Tom was both an artist and humanitarian. The sisters started singing professionally at ages six and eight. Soon after, they began performing live at the annual concerts for Harry Chapin’s food justice organization Why Hunger.

In 2004, after moving to Los Angeles on a whim, they recorded a couple songs with their half sister Jessica. A friend passed their demo onto KCRW and almost instantly their dark, moody cover of Britney Spears’s “Toxic” became one of the most requested songs at the station.

In the last decade, the Chapin Sisters have released four full-length albums, and have toured the world multiple times on their own and twice as members of She & Him’s band. After taking some time off to savor the joys of becoming first time mothers, they wrote, recorded and released their most recent EP, Ferry Boat.

For more information on “Mornings with Papa Tom Chapin and the Chapin Sisters” and how to donate: www.tomchapin.tv

On Why the WhyHunger Rapid Response Fund Matters Now, and How to Donate

For 45 years, WhyHunger has worked with emergency food providers, small-scale farmers, and food chain workers across the country to end hunger and ensure access to healthy food. Uniquely positioned to coordinate an immediate national response and distribute resources to the communities and organizations that need them most, they have launched their Rapid Response Fund, in need of donations.

From WhyHunger: “During the COVID-19 crisis, it’s essential to protect food access for all people, especially those who are most vulnerable.

“With unemployment skyrocketing, and hunger rapidly increasing and food banks and pantries being pushed to their limits, urgent solutions are necessary to support millions of Americans impacted by the COVID-19 pandemic.

Together, we can provide relief. Donate to WhyHunger’s Rapid Response Fund today to double your impact and help bring immediate economic relief and direct support to frontline food pantries, people facing hunger, small-scale farmers and food chain workers. All donations are matched up to $75,000! https://bit.ly/2UWTYE5

For support in finding emergency food resources in your area, contact WhyHunger’s Hotline at 1-800-5HUNGRY, text your zip code to 800-548-6479 or visit the Find Food database at www.whyhunger.org/findfood today. 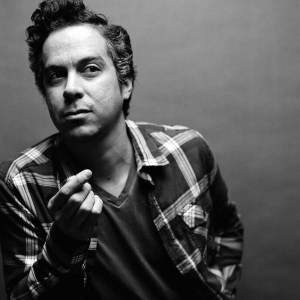 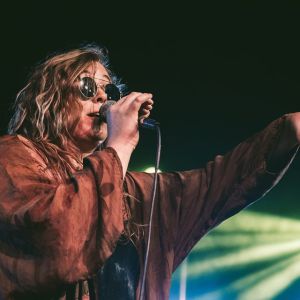