Mic Harrison and the High Score are a rugged and rowdy rock and roll band from Knoxville, Tennessee, a group with a well-deserved reputation for a tenacious attitude and a strong presence. Harrison himself can claim a storied career. He was recruited by the V-Roys prior to the band’s national break-out and their subsequent support role backing up Steve Earle. Now, some 20 years on, Harrison and company continue to demonstrate their particular prowess through a number of well-received albums and sizzling live performances. Harrison and company’s latest offering, appropriately titled Bright Spot, is the culmination of these efforts, and it’s certainly one of their most rocking recordings to date. Songs such as “Let the Motor Run,” “Rollin’,” “Together and Done,” and “Concrete and Stone” epitomize that tenacious attitude and also share some of the illuminating aspects of their particular Bright Spot.

M. Ward never intended to be the life of the party, musically or otherwise, and his natural reticence and introspection are responsible for what has become his signature sound—one flush with contemplation, introspection and, yes, a sense of sobriety. With this blissfully-titled endeavor, M. Ward takes his melancholy muse to a further extreme, adapting his trademark croon to a series of vintage ballads. With suitably sparse and sensitive accompaniment, the spotlight falls almost entirely on Ward’s yearning vocals and his role as the lonely, longing lounge singer. Many of the songs feel familiar (“I’ll Be Around,” “All the Way” and others by Hoagy Carmichael, Rodgers and Hart, Sammy Cahn, and Frank Sinatra, among them), allowing Ward the arranger, producer, engineer, solitary singer and musician to give due reverence to the greats who have come before him. The blend of mood and melody is, as expected, solidly in sync.

With the arrival of Lilly Winwood’s debut album, the fact that she happens to be the daughter of British Rock icon Steve Winwood likely won’t go unnoticed. That’s both the blessing and the curse of being the child of a famous artist and then having to measure up to so many expectations. Fortunately, Winwood sidesteps that tricky position by taking a different direction, sharing a soulful style distinctly different from her famous father. Raised in Nashville, she echoes a classic country approach instead, one that brings comparisons to Tanya Tucker, Patty Loveless, Trisha Yearwood, Brandi Carlile, and other champions of the new Music City sound. Following an earlier EP California, she comes across with the confidence, clarity and credibility of someone who’s been around far longer than she has, especially given such solid songs as “Bruno,” California,” “One Big Sky,” and “Indiana.”  Credit the aptly-dubbed Time Well Spent with providing her the chance to make an indelible imprint of her own.

Folkies tend to be a modest lot, which means that they would likely eschew using the title “supergroup” to describe any of their collaborative efforts. Nevertheless, Cry Cry Cry demands that description. Individually, Lucy Kaplansky, Richard Shindell, and Dar Williams rank as three of folk music’s finest contemporary singers and songwriters, and when they first banded together in 1998, their union was greeted with enthusiasm. Sadly, a sophomore effort never materialized, which makes Live @ the Freight, recorded at the final show of their sold-out 20-year reunion tour in 2018 a most welcome treat. Consisting of 17 songs written by the members themselves and some like-minded contemporaries, it’s a special performance thankfully preserved for posterity. The harmonies are exquisite, as evidenced by such songs as “Reunion,” “Go,” “Never Cry Again,” and an especially moving—if somewhat unlikely—version of the Psychedelic Furs’ “The Ghost In You.” Cry Cry Cry prompts tears of joy.

Forest Sun is an exceptional singer/songwriter who has turned his music-making into a self-sustaining, homespun enterprise. His songs are evocative, expressive and flush with a feel-good sound that’s sorely needed in these troubled times. His latest offering, Stubborn Breathing Heart is no exception. It offers a potpourri of enticing melodies, from the reggae rhythms of “Let Your Love Shine” and “Keep On Rollin’” to the pensive propriety of “Just Because You Want It” (which boasts a message our disgraced politicos certainly ought to heed). “On My Way To You” and “This Old Heart” call for perseverance in any pursuit of love and intimacy. The sincerity of his sentiment is never in doubt, even when cloaked in the guise of pop-perfect romps such as “Paper Bridges” and “Already Home.” Pardon the pun, but this Sun shines bright indeed. 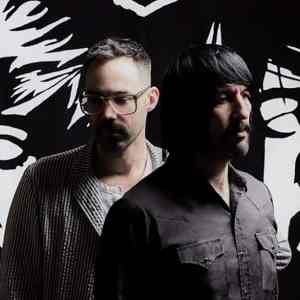 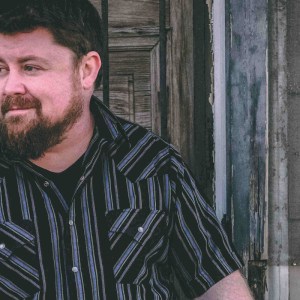