The new 10-track LP looks deep into the meaning of life with songs like “Ghosts On The Arkansas,” about her cousins suicide, “Get Out of the City,” about leaving her beloved Austin, and  “What Remains,” which looks at regret at the end of life.

“While new music may not be foremost in everyone’s minds at the moment, I’ve still seen the power that art can have during the toughest of times and I hope these tunes fall on the ears that need to hear them,” Rowden tells American Songwriter. “To my fellow Texans, I say TURN IT UP! Here’s to better times, y’all.”

The message to her fellow Texans comes after Rowden herself (along with many Texans) suffered through the deadly ice storms that hit Texas in mid-February. The singer/songwriter was one of many who experienced a period of time with no power and no running water, spending evenings by candlelight. The good news is that Rowden triumphed over the hard times to share her new music.

“Here in Austin, Texas we’re still picking up the pieces of the recent ice storm that halted our power, heat, water, and more for the better part of a week,” Rowden says. “I was one of the ones who lost all utilities in single digit temperature for several days and I’m right here rooting for my community as we right ourselves once again.”

“Parachute”: This is a love song about the part of love after things have calmed down – the part where you want to enjoy the quiet awesomeness of just chilling out together. It’s a song about being content just being. The recording features Mandy Rowden on all vocals and guitars as well as lap steel.

“Ghost On The Arkansas”: I wrote this about a dear cousin of mine from Little Rock who was lost to suicide in 2015. It’s about trying to reconcile my memories of a happy child with the far more complicated adult he became, as well as my own feelings on going forward without being able to understand what happened. The recording features Mandy Rowden on all guitars and vocals.

“Get Out Of The City”: This is a tune about reconnecting with my non-city roots, and my recurring urge to leave the city life behind. As Austin becomes developed beyond recognition I have a stronger and stronger desire to put some distance between myself and my neighbors, and to shake up and slow down the pace big time. This song features Mandy Rowden on all guitars, vocals, and piano.

“Sing Hallelujah”: I wrote the first draft of this song for a front line medical worker in Queens, NY early in the pandemic in conjunction with an organization called Songs For The Soul. I later revamped the verses to include a broader audience, and also used it to vent some of my own feelings about the upheaval of the time we’re going through. This was one of my favorite songs to record, and working on this one is when I really started getting excited about the album as a whole. The recording features Mandy Rowden on all guitars, vocals, violin, and piano.

“Peace Where I Used To Have None”: This is yet another song on the album about good old-fashioned contentment – something that has been absent in much of my past writing. Jotted on a napkin several years ago, the lyrics have gone through several iterations of melody and vibe, and finally landed in a plaintive and folky setting. The recording features Mandy Rowden on guitar, violin, mandolin, and vocals.

“Dance All Night”: This is a song about needing to blow off steam after totaling my car and unexpectedly buying a new one on a two-month road trip through Montana. Tensions were definitely high for a bit, but as we worked through the details and began to relax, I started to feel how powerful it is to be able to adapt. We spent the rest of the trip thanking our lucky stars that things hadn’t been worse, and just enjoying the little things along the way. This song is a celebration of human resilience, plain and simple. The recording features Mandy Rowden on all guitars and vocals, as well as piano.

“What Remains”: This is a nostalgic synopsis of the main character in Kazuo Ishiguro’s novel The Remains Of The Day, and it explores the idea of regret at the end of a life that needs reconciling. Originally I played it for producer Matt Smith planning to scrap it, but with his encouragement and expertise it evolved into one of my favorite songs on the album. The recording features Mandy Rowden on all guitars, vocals, and violins.

“She Only Loves Me When She’s Lonely”: This straight country tune was written about a pretty rad little cat that runs through our yard, working everyone in the neighborhood and charming snacks out of the best of us. We call her Dale Evans, and when it’s our turn to feed her, she’s the most loving little goober. When she’s getting it elsewhere, she trots on by without so much as a glance, just like a classic cat. I offhandedly said one day that “She only loves me when she’s lonely”, and a lightbulb went off in my head…a few days later we recorded that song and I really love the direction it took. The recording features Mandy Rowden on all guitars and vocals.

“Christmas With You”: Christmas With You was written en route from a freezing hotel lobby in New York City, through a cab ride in a storm, waiting on a delay at JFK, a layover in New Orleans, and eventually out of the airport and into a balmy December afternoon in Austin, exactly as the lyrics describe. I love Christmas, even though it’s not cool to, and am excited to include this sweeping piece on the album. The recording features Mandy Rowden on guitar, tenor guitar, mandolin, violin, cavaquinho, and vocals.

“After The Gold Rush”: I’m a longtime and dedicated fan of Neil Young, although I’ve never released a recording of one of his songs before this. We were looking for a delicate and intimate piano song to round out the album, and this one was at the front of my mind for its melody, its trippy imagery, and its timelessness. The recording features Mandy Rowden on piano and vocals. 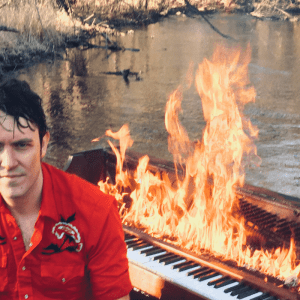 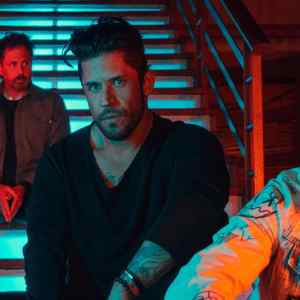