Trapper Schoepp’s attempt to film the music video for his new single, “River Called Disaster,” was almost as cataclysmic as 2020. The debut single heralds the indie-rock artist’s fourth studio album, May Day, due May 21 via Grandy Phony Records. Employing metaphor and an intimate understanding of the natural world, Schoepp unveils a fitting entrance to his post-pandemic resurrection.

“‘River Called Disaster’ is about feeling bottomed out and broken down,” Schoepp explains. “It’s the first song I’ve played piano on for an album. This one is a Leon Russell-style, the idea of being swept away by currents—the parts of your life that feel out of control. The river is a fitting metaphor for how we can get swept up in our destructive desires.”

The songwriter in him praises the piano for the spanning tones and octaves that delivered melodies he can’t find on his guitar. Schoepp penned “River Called Disaster, and the title-track on a gifted 100-year-old Baby Grande during a dark moment. Sitting at the keys provided clarity of light at the end of a dark night. Lyrically, his single reckons with the untamed nature of hardship, eventually surrendering.

“Water is a classic metaphor, it keeps flowing despite all that’s happening around it,” he says.“The forces of nature are beyond us, like the pandemic, mother nature is in charge and we are all at her mercy.”

As the son of a park ranger, the Milwaukee-native felt confident venturing out into the wilderness to film his cinematic visualizer. Wielding two friends, a free Craigslist piano, and a borrowed drone, the artist brought his vision to life, breathing therapeutic energy into the song’s message to meet this moment. The video features Schoepp wading through waist-deep water, approaching his newfound instrument of choice nearly damming the river.

“Given the pandemic, the current political climate, and police brutality, it sometimes feels like the world is burning, so it only seemed appropriate to burn up a piano,” says Schoepp. “There was something ceremonial about it. It was a little easier than I thought, just a touch of lighter fluid, and the flames went up.”

Fittingly, there were some major setbacks that sent the project spiraling before premiering his shiny new video. Just as he and his skeletal crew transported a piano from a barn stage to the middle of the river and set it on fire, the drone—intended to capture the footage—flew into a tree.

“It really did turn into a disaster,” Schoepp laughs. “The making of the video really turned into the theme of the song. I like to say if you didn’t like Phoebe Bridgers on SNL, you probably won’t be into this.”

The song and accompanying video set the tone for the rest of the album. If the piano serves as a symbol of the “bad parts of yourself,” or “what we’ve been going through,” then setting it ablaze is an extreme measure of moving beyond that. May Day explores themes of ghosts and rebirth, focusing on springtime and renewal. The aptly titled collection nods to an ancient holiday, rooted in natural themes Schoepp carries throughout the 10-track record. May, being his birthday month, is a fitting gesture within the theme.

“After this trying winter, we found solace in making an album for the spring,” says Schoepp.

Listen exclusively to Trapper Schoepp’s new single and video, below. Pre-save “River Called Disaster,” here and pre-save May Day before May 21 here. 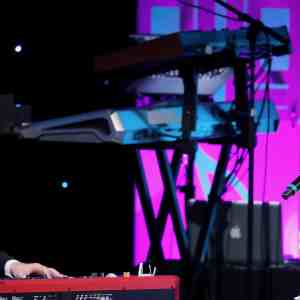 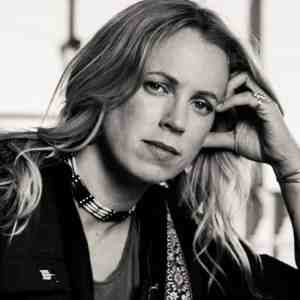