Released on the duo’s 1982 record, H2O, “Maneater” is certainly one of the most well-known Hall & Oates songs of all time. To date, the track has more than 130 million views on YouTube. While the concept of the song on paper is dark and bleak, the song itself reads as more playful than film noir. The idea of a “maneater” is, in the end, cartoonish, of course. Nevertheless, the idea of danger runs throughout the track’s lyrics.

“Maneater” begins with a bouncy bass line that immediately offers energy and joy. It’s a bit of an odd introduction but soft keyboards, a bright guitar and a crooning saxophone melody quickly follow the bass. Next, Daryl Hall’s voice sparks up, beginning the first verse. Hall describes a character worth steering clear of — the maneater. “Watch out boy, she’ll chew you up,” he tells us. But what, exactly, does he mean? What is a maneater?

We caught up with one half of the duo, John Oates, to ask him about the origin of the song and the meaning behind the song’s subject. We discussed the literal meaning of the chorus, whether he knows any actual maneaters and from where his gift of songwriting might originate.

There are lots of rumors, but I have to ask, is “Maneater” really about a woman or New York City?
Well, it was about New York City, after the fact. I got the idea for the song because there was a woman who was very — she was beautiful but had a very foul, you know, vocabulary. It was the juxtaposition of this great beauty with this foul mouth that really kind of sparked an idea to me that she would chew you up and spit you out. But neither Daryl nor I wanted to write a song that was anti-women or negative toward women. So, what we did was we transpose that initial idea and use New York City in the ’80s as a metaphor. New York City became the maneater, the city that would chew you up and spit you out. And that is really what the song is truly about.

When did you and Daryl start writing “Maneater”?
Well, I can’t tell you for sure, it was so long ago. One thing I will tell you, though, is that our natural schedule turned out such that we’d always seem to record in the late fall. There was a reason for that. Because we would tour in the spring through the summer and we would write in the late summer and early fall and then we’d record in the late fall. So, my guess is that song was either written in the late summer or early fall of 1982, the year the record came out.

Is there something that’s particularly magical to you about the song “Maneater” after all these years?
That particular song? Well, all the songs are magical, in a way, because they all came from nothing. That’s what songwriting is all about. That’s why I like American Songwriter so much because the magazine can really get deep and delve into the psyche and the motivation that songwriters seem to have and really explain and expose songwriters on their process. And I think that’s interesting. The beauty that songwriters and the skill that songwriters seem to have is that they can take things that are happening in the world, whether they’re emotional or physical or literal, and they can somehow translate that into music and some sort of musical expression that people can relate to. That’s what songwriters do and that’s what makes it so unique.

You have that skill, obviously. Where do you think that skill comes from for you, personally?
I have no idea. I do know that when I was in seventh grade, I was in an English class and our assignment was to write a poem. And I wrote a poem about the Cuban Missile Crisis, which was happening at the moment. And my English teacher — I got an A on the poem. My English teacher took me aside because he knew that I played guitar and he said, “Wow, this is really good. You should maybe put some music to it.” It had never occurred to me to do that. But at the time, Bob Dylan was just starting. It was the early days of the singer-songwriter and especially topical songs. And this poem, of course, was about a topical news subject. It was right in the same vein. So, I put some music to it and that was how I wrote my first song. 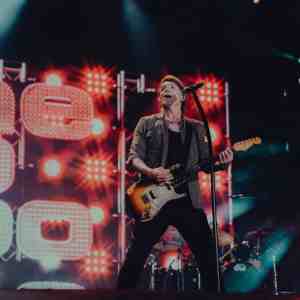 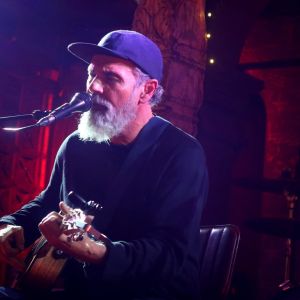