There’s something chilling about Marissa Nadler’s mezzo-soprano vocals—her voice enchants listeners into a dreamlike state of rapture, content to hear her swirling gothic harmonies. Through the release of several records, this singer/songwriter based in Boston has found a sublime artistic outlet. Today, October 29, Nadler dropped her ninth studio album titled The Path of the Clouds.

While Nadler has released several other records, The Path of the Clouds holds a special place among her work. “This is my first self-produced studio album, save for many home-recorded secondary releases over the years,” Nadler tells American Songwriter. Partially due to pandemic-induced restrictions, Nadler’s DIY approach to her latest record adds another layer to her already polished craft.

One such example of Nadler’s growing skill is her adoption of the piano in her songwriting process. “I was writing a lot, particularly on the piano—an instrument that is new to me. I have been taking lessons since the start of the pandemic, and while I’m still not great at it, the new pursuit informed my songwriting in many magical ways,” she says.

“I’ve been playing guitar since I was 14 and sometimes I try completely new approaches to keep things fresh. Because there was no muscle memory guiding my hands on the piano, my chord progressions and the melodies that I came up with were exciting to me. I hit a really strong writing groove,” Nadler continues. “Thankfully, not being able to go anywhere for so long really guaranteed that I had all the time in the world to work on the lyrics. I was writing two different types of songs that somehow merged into one very unique album.”

Nadler also reveals that her time at home ushered in a period of binge-watching reruns of the mystery show Unsolved Mysteries. This time dedicated to mystery inspired several songs on the 11-track album, in addition to a new lens to view her own life.

“There are mostly first-person narrative songs on this album. There are three songs based on real-life mysteries that all remain unsolved. These two songwriting styles run side by side, and they inspire each other,” Nadler explains. “In ‘Bessie, Did You Make It?,’ I write about a woman that may or may not have survived. If she did, she walked away and started her life over again.

“The title track of The Path of the Clouds is directly inspired by the mystery of the infamous high-jacker DB Cooper. While they found his parachute as well as some of the money, they never did find his body. ‘In Sometimes You Just Can’t Stay,’ I tell the story of the escapees from Alcatraz. Legends of the three and where they went and how they survived are widespread and varied.

“The personal songs on the album similarly delve into themes of metamorphosis, escapism, and mystery,” Nadler says.

Another personal song on the record, “Elegy,” maintains a celestial lullaby tone that runs as a paradox against the song’s dramatically dark lyrics. We were bleeding / From the start / No tourniquet / Could make it stop, Nadler sings.. “[T]o me, what’s really hits hard in that song is the emotional vocal delivery, something that wouldn’t exist without living through what the song is about,” Nadler explains.

Overall, The Path of the Clouds just “sounds like an album,” according to Nadler. “It’s sonically very diverse, and I’m very proud of the musical developments I have made on it. It’s rich in harmonies, luscious, and warm. I hope the listeners feel its embrace and can relate to the themes. I hope that people can really feel it,” she says.

Nadler then points out that this record wouldn’t sound the way it does today without the collaborators she worked with for this project. Those collaborators include Mary Lattimore, Simon Raymonde (Cocteau Twins, Lost Horizons), Milky Burgess (Mandy), Jesse Chandler (Mercury Rev, Midlake), Emma Ruth Rundle, and Amber Webber (Black Mountain), with mixing by Seth Manchester (Lingua Ignota, Battles, Lightning Bolt).

“Because of the current state of the world, much of the collaboration was done remotely,” Nadler says. “The process was in many ways like an exquisite corpse, but musical rather than visual. I got the final say in what to keep, but in general, I only asked musicians that I knew would add immense beauty to the sonic palette. I wrote all of the songs, and the skeletons were there. And part of the production was deciding what to keep and what to leave bare.”

The Path of the Clouds is a stunning exploration of the inner workings of an evolving songwriter with the soundscapes to hypnotize listeners. 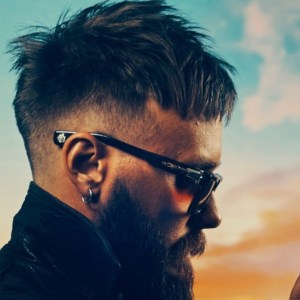 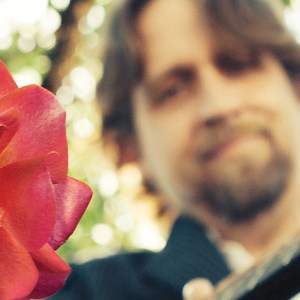