One of country music’s most enduring singers, songwriters, and actors, Mark Collie, celebrates over 30 years in the business with a new album, Book of My Blues. Due June 4, Collie’s sixth solo album explores love, lust, betrayal, addiction, recovery, damnation, and redemption—or, as the artist likes to say, “Another Tuesday in the music business.”

Collie teamed up with a longtime friend and colleague Billy Bob Thorton to bring these themes—derived from the graphic novel Rockabilly Hitman—to life throughout 15 songs. The novel, a collaboration between Collie and film director Jonathan Hensleigh (The Punisher, Die Hard with a Vengeance, Armageddon), depicts the exploits of rockabilly singer Jesse Wayne Hardin, who by night is an avenger of evil, as he travels the hard backroads from Muscle Shoals to Memphis and the Mississippi Delta to Music City.

“This story had been walking around in my head for awhile,” says Collie. “I grew up in a rural part of Tennessee, just north of Muscle Shoals, playing in road houses along state lines, and that’s where the story takes place.”

To bring this story to life through music, he entrusted dear friends and vetted songwriters, including Billy Bob Thornton, Tom Douglas, Gary Nicholson, John Scott Sherill, and Hensleigh, with his vision.

“I was very fortunate to be in the room with those guys and everybody else who believed in a project like this when it was just another one of ‘Mark’s totally crazy ideas,'” Collie humbly shares with American Songwriter over the phone.

The title-track, premiering June 3 on American Songwriter, introduces the concept album as a thorough Outlaw entrance. Penned with Thorton, “Book of My Blues” was the inception point of this concept album, though they didn’t know it at the time.

“Billy’s one of the best storytellers there is,” Collie asserts. “He’s a friend and I try to write with people I trust. But just pick any one of the Box Master collections of his band and you’ll find great music and great songs.”

“Book of My Blues” is one of 12 original songs written or co-written by Collie. The title track was the first song he wrote from the collection before the concept was conceived. As the idea expanded to an album to run in tandem with the story, Collie selected some songs from my past that fit in with where the character will go in the story. And so that was in each song is representative of or derived from another chapter of the storyline.

“These songs were written at different places, when I was at different places in my life, especially over the last decade,” he explains. “And they include some of the lessons I’ve learned. It’s about the struggle that we all have spiritually and emotionally in this life. We’re challenged daily to make the right choices, to listen to our better angels and to follow the path of righteousness. And it’s in these stories about how we deal with one another and how we deal with ourselves, that we find peace to make it work.”

“This one is for all of my heroes,” he says. Collie crafted these songstories in a similar vain to Johnny Cash’s records. “Those took me places,” the artist explains. “They took on life and love in a way that I could understand even as a kid. This project combines my storytelling and songwriting using the Rockabilly Hitman comic to relate to throughout. I hope everyone enjoys the ride.”

He describes the album as “pretty loud and rockin’ in places.” But, he intentionally balances the soundscape with “ballads that I could have pitched the Haggard, or Jones, or Conway.”

Beyond a nod to his predecessors, Collie has carefully crafted a legacy for those who follow him to adhere to. To the emerging class of songwriters, who look up to him as he looks up to his idols, Collie advises them to, “be honest.”

He expands on the bit of wisdom, adding, “if you’re a writer, you can just let me know what you’ve learned. And then you don’t have to make it up and you don’t have to rehearse. I think there’s a lot to that and plenty of times people get lost on the way. So it’s important to have people remind them of that.

“I’ve made a lot of records, and it’s my fans who made it possible for me to do this,” he concludes. “So I really want to do something that I felt could matter—something that could help people feel better, help people escape and understand each other better, maybe understand me better.”

Listen exclusively to “Book of My Blues,” below. 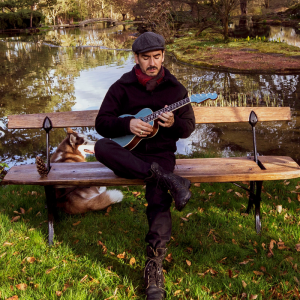 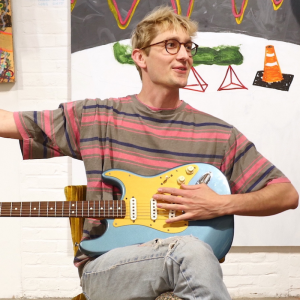