Following the devastation of a global pandemic, it seems only fitting that the next plague comes in the form of swarming insects. For Thomas Strayhorn, a Portland, Maine-based singer-songwriter, the 2021 return of the cicadas is not so much a pestilence. After nearly two decades away, the impending Brood X feels more like a homecoming.

Sitting at the kitchen table in Durham—where he had spent the better part of a year self-renovating a historic mill home after moving back from Colorado—the artist was thinking about leaving. In the stillness of that particular morning, nursing a cup of coffee in his “finished-enough” abode, he felt his deep-run North Carolina roots tugging on his heart as he plotted his escape.

“I had been pouring my energy into the house I was renovating and was giving a lot of time to a lovely relationship, but was still feeling like I needed to leave North Carolina again,” Strayhorn explains of the conundrum. Struck by an especially poignant sense of nostalgia for his upbringing just down the road in Raleigh, Strayhorn put his emotive etchings to paper. The push-and-pull is almost palpable.

His lyrics capture “the conflicting emotions of having so many reasons to stay somewhere but still wanting to leave.”

Though he eventually headed north, his new song, “Year of the Cicada” is a tribute to the place that shaped him. That pivotal morning, thinking through the intricacies of home, the mystery of the cicada replayed in his mind.

“I have such vivid memories of walking around my neighborhood as a kid and being fascinated by their screeching, so I dove into the idea for a bit,” he says. “I was drawn to the idea of a cicada because they make so much noise but they’re hard to spot unless you’re really looking for them. They also resurface in mass quantities every 17 years which I find incredibly fascinating. 17 years ago I was a tiny child running around a playground.”

Considering the parallels, he continues, “Everything always seems to change so quickly, I found it comforting to pause for a second and zoom out to cicada scale.”

Some of the best songwriting advice he has received is to observe as much as possible and to keep a pen and notebook nearby. Additionally, he was instructed to find a balance between simplicity and specificity in writing.

This sage wisdom coalesced into “Year of the Cicada.” While keeping a keen eye on the world around him, Strayhorn learned to look inward in order to reckon with the internal forces at play. In his attempt to understand his fleeting relationship with place, the artist clung to specific memories of cicadas. Sonically, he wields the mystique of his young mind to reimagine the cicada’s droning score—a hymn for a smoldering Southern summer.

“When I wrote the song I was definitely intending to touch on the nostalgia that simple sounds can evoke,” he shares. “I love simplicity so I tend to keep things rather straightforward, but this one was especially easy.”

Strayhorn recorded the song with James Phillips (Bombadil) and Ford Garrard (Boy Named Banjo) in Durham in the spring of 2019. The video, shot by Durham poet Kristi Stout, portrays the familiar mugginess that the soundscape evokes.

“My co-producer, James, pulled out a metal plate and ran a drumstick over it, which created the second half of the percussive beat for the song,” he explains. “It was a pretty compelling sound that we ran with—that repetitive, lulling sound became a comforting thing to lean on. It never breaks in the song and touches on the consistent hum of the cicada.”

Though he left home, and all that it beholds, Strayhorn finds solace in the provisional nature of things. Just like the cicadas, there is always a time to return.

Listen to “Year of the Cicada” below and keep up with Thomas Strayhorn, here. 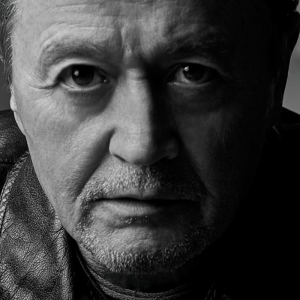 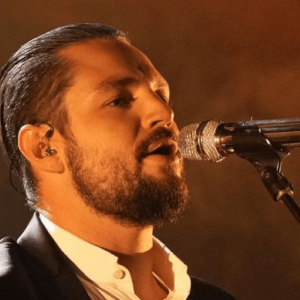