Home with his family during a worldwide pandemic in 2020, Martin Sexton wrote four songs reflective of invaluable time with family, a hope for unity, parental pardon, and approaching a more tragic American crisis on 2020 Vision.

“It’s a collection of songs that reflect 2020,” says Sexton. “It’s kind of a life album for me. My heart goes out to anyone who couldn’t be with family during this time. That’s why I’m so glad now, that hope is on the horizon and folks can see their elderly loved ones and be together with their family members.”

Recorded in Los Angeles and Longmeadow, MA, and produced by John Alagia, (Paul Simon, John Mayer), 2020 Vision, written during the summer of 2020, is a snapshot into a year when the world stood still, yet life somehow filled in for Sexton. His first release since Mixtape of the Open Road in 2015, 2020 Vision follows Sexton’s consistent reflections on America, which has always trickled into his music since his 1996 rendition of “America The Beautiful,” off his album Black Sheep and follow up The American in 1998.

“I see America as flawed, but not irredeemable,” says Sexton. “I love that we have community leaders, politicians, actors, and artists from all backgrounds speaking up, raising their voices, and becoming the heroes of today. My faith is renewed to see the injustices of the world now beginning to be met with accountability. I remain hopeful and optimistic.”

Reflecting on a moment when he was building a treehouse with his 12-year-old son, “Hold On” opens 2020 Vision with the soulful beauty of a moment in time—something the two had wanted to do for the past five summers. Once the new family fort was complete, Sexton grabbed his Gibson acoustic and wrote the track in the treehouse, which he considers the “silver lining” of the EP.

“That time I had with my son and my wife and other family members was just so golden and so appreciated,” he says. “Now to show for it, we have this beautiful treehouse up in the old pine trees. It’s like the giving treehouse that gives you songs and laughter and fun and joy and hope and a place to chill, and it’s a beautiful thing.”

The acoustic-driven “Calling On America” calls on less division within the country. “We’re forgetting that we’re all brothers and sisters,” says Sexton. “I just wanted to try to remind us, and remind myself, that we are all really one big family. We all have the same needs and desires and hopes.”

On “Riding Through The Rain,” Sexton marks the parental struggle of letting kids go out into the world and discover themselves. “As a parent, you can’t keep them from leaving,” says Sexton. “You can’t keep them from chasing their passions and dreams and hopes and desires. You have to let them fly and do what they need to do to fulfill their own dreams.”

Closing on a track Sexton initially wrote years earlier, “Penny From the Land of Plenty,” addresses the opioid epidemic, particularly prevalent during the pandemic. “I just can’t tell you how many folks I know, who have lost a loved one to drugs or alcohol,” shares Sexton. “It’s everywhere, and as artists, it’s incumbent upon us to talk about it and to ask questions, inspire, and then entertain along the way.”

For 2020 Vision, Sexton felt an immediacy in getting the songs out. “These times we’re burning through, every time I talk to someone or turn on the TV or hop in the car and listen to the radio,” says Sexton. “There’s just some other thing that’s happening that needs attention and needs to be talked about, and needs to be fixed, so I think the immediacy was turned up to 10. I wanted to get these songs out in a timely fashion and didn’t want to let too much time go by, because I think they’re relevant.”

Not wanting the album to be timestamped to the pandemic, Sexton says they’re more universal themes that should stand the test of time.

“I’ve always wanted my music to not only entertain but ask questions and evoke imagery and get people to look inward a little bit,” he says. “Ever since I was singing in the streets of Harvard Square way back in the ’90s, I’ve always aimed to bring unity with my music.” 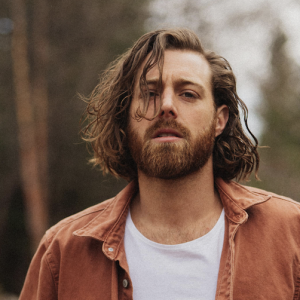 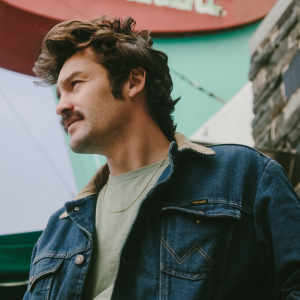