In the history of music, there are major venues like Madison Square Garden, The Gorge or Red Rocks that have long, well-told stories. But there are also smaller, more modest hubs that were, in their own little ways, integral to a thriving sonic movement. In Seattle, Washington during the mid-80s, one of those small hubs was a Kinko’s in the city’s University District. There, eventual Soundgarden, Pearl Jam and Temple of the Dog drummer, Matt Cameron, would print readers for the nearby University of Washington and, at night, give away hundreds of free leaflet copies to local bands that were making flyers, posters or any number of promotional materials. Cameron was a hero. Still is to many. Especially to those fans of the sludgy rock ‘n’ roll he helped make eternal.

“We tended to use the resources we had at the time to promote our gigs,” Cameron says. “And Kinko’s copies played a big role in that!”

For someone like Cameron, opening the door to history is more like opening a million doors. To use another metaphor, the artist has any number of storytelling threads that he could pull to enrapture audiences. Want to talk about Chris Cornell? He could at length. Soundgarden, Pearl Jam, Eddie Vedder, Kurt Cobain and Nirvana? Yes, it’s quite possible. It’s the burden and the blessing for someone like the Hall of Fame drummer who was in the center of a massive movement that swept the globe several times over.

“Sometimes I get overwhelmed,” Cameron says. “There’s been so much influence that our small little local music scene really spread to the rest of the world of music. I felt like we wrote a new chapter in the history of music. I’m so proud of that. It really grew out of just a natural microcosm scene that was not unlike other scenes in the U.S. at that time. But our groups became commercially massively successful. It’s pretty incredible. My favorite aspect of what we accomplished was that we were able to contribute to the continuum of music.”

If you ask fans of rock ‘n’ roll, many will tell you how Cameron is one of the greatest drummers of all time. He’s noted for his skill to make difficult or odd time signatures seem supremely digestible. He’s worked with any number of acclaimed artists and continues to. The secret to his success is a two-pronged mission. Cameron, in all that he enjoys, tries to focus intently on what he’s doing. So much so that he loses himself in the work. It’s almost like a Magic Eye image. Intense focus on near-chaos leads to a euphoric clarity right there in front of you. It’s a certain “flow” state. The kind that may come cheaply from elicit substances but satisfyingly from effort.

“My favorite moments as a musician are when I feel like I’m not thinking,” Cameron says. “When I’m reacting in the moment. Those are moments I really cherish.”

He exercises – runs – often to achieve the same Zen-like state. Cameron also enjoys riding motorcycles and doing yoga. They each require the same locked-in presence and provide the desirable flow state. Cameron is all about routine, especially on gig days. It takes regimen and practice to achieve the right flow state. Cameron, who first fell in love with music while listening to it on his AM/FM radio and later began taking music lessons at nine-years-old, is no stranger to sweating, effort.

“In order to get that fluid state between all of your limbs, you really have to practice,” Cameron says. “Once you make noticeable progress on the instrument, it can open doors.”

Growing up, the drummer listened to Led Zeppelin and Jimi Hendrix but around 18-years-old, Cameron took a “left turn” and began throwing himself into jazz, listening to drummers like Elvin Jones and Max Roach (“They did it in a way that wasn’t too jagged,” Cameron says). He doubled down on the essential elements of keeping and translating a beat. He was able to bring that knowledge to Soundgarden in the 80s, and beyond. The band would often write odd-timed songs, though not completely understanding how to articulate them. Cameron brought a technical expertise that aided the iconic band.

“It was fun to work in that sense with musicians who naturally would write things that way without thinking about it,” he says. “That really was beneficial for me as a musician. We really tried to approach each song as a piece of music as opposed to try and impress other musicians.”

If you ask him, Cameron will tell you he considers himself a musician first, even more than he does, specifically, a drummer. While he’s also acclaimed for his work behind the kit, he’s a skilled and accomplished songwriter. A number of his songs, for example, have become Soundgarden mainstays (see: “Mailman”). It was a skill he often kept in his “back pocket” but something he’d bring to the fore on occasion, often with success – thanks, largely, to encouragement from his prolific Soundgarden band members.

“One thing Soundgarden was always really proud of,” Cameron says, “was that we all wrote music. We felt like we were unique in that sense. All four of us could write a song and have that song be completely in our own voice.”

Today, Cameron, who continues to play and tour with Pearl Jam (when not in a pandemic), reflects easily and pointedly on both the past and the present. He swings between eras, projects and exercises as effortlessly as he does between the snare and high-hat. He’s dexterous, there’s no doubt about it. It’s important for Cameron to stay present and practiced as much as possible, even if that means looking back on what it felt like to take a stages with his world famous friends. His is a packed life. Which, paradoxically, means it’s clear, too.

“When your mind has to concentrate so much on this one thing,” Cameron says. “You’re able to get to a cool place where you turn off your mind. There’s no shortcut for it.” 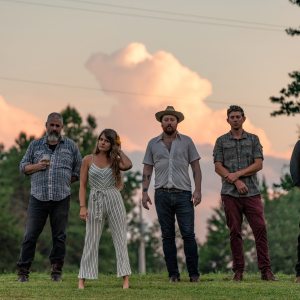 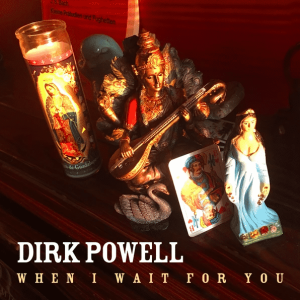