Macca in Motion: A Third McCartney Album Begs the Question, Is the Third Time a Charm?
Search
Cart 0
Menu

There’s more than a whiff of nostalgia invested in the idea of following up — for a second time no less — to the solo, one-man band concept that inspired Paul McCartney eponymous solo debut. Released while in the final throes of the Beatles’ break-up, McCartney was Macca’s  means of stepping out on his own, unshackled by his history and obligatory contributions to the great good. Finally able to release music under his own aegis, much of which was originally intended for the band to record was fair game for release under his own aegis.  The result was an album that substituted charm for challenge and provided a tidy set of songs, several of which still stand the test of time. Recently re-released on vinyl with half-speed mastering, its joys are evident even now, some 50 years on.

As was the case with the easily  forgettable McCartney 2, there’s no such backstory tied to its further successor, McCartney 3. These days McCartney employs the services of a fully capable backing band, whose time in his employ exceeds his tenure with the the Beatles and Wings combined. Consequently, it’s fair to say that this latest effort was probably recorded on a whim, an exercise meant to flex his musical muscle and prove that his ability to operate as a one man band. In some regards it could be viewed as superfluous, trivial or both, an ego-centric effort that’s superficial at best, flimsy at worst. It might be equated to a collection of B-sides, demos and half-baked ideas deemed unsuitable for regular release, a superficial attempt to tempt those will never refuse to pass up any opportunity to prove that they’ll always remain McCartney completists.

On the other hand, that would be missing the point. McCartney’s proven time and again that he won’t be held tot the standards of his earlier efforts. That was evident at the outset when it became apparent when songs such as “Maxwell’s Silver Hammer” elicited John Lennon’s scorn, forcing others such as “Teddy Boy” and “Junk” relegated to the back burner only to be resurrected for the first McCartney. These days, Paul has no one to offer him any strict quality control, freeing him up to follow his fancies and record anything that lends itself to his own indulgence.

As a result, there’s really nothing here that measures up to McCartney’s higher standards, solo, Beatle-based or otherwise. (Think an earlier clunkers like “Bluebird” in particular.) That’s clearly evident throughout, whether it’s’ in the confines of “Long Tailed Winter Bird, an instrumental shuffle with a fanciful name, the awkward attempt at revelry with “Lavatory Lil,” the pounding and percussive “Deep Deep Feeling,” or the revved-up rocker “Slidin’.” Of  course, it also wouldn’t be a Macca album without its guilty charms. The lithe “The Kiss of Venus,” the insistent sound of “Deep Down” and the softly seductive “Pretty Boys” prove that particular point. Each can be considered a curio, tunes that bolster that collection of oddities that litter the McCartney catalogue.

“I don’t need to be wrong, I don’t need to be right,” Paul insists on “Seize the Day,” a statement of sorts that seems to not only reaffirm his musical mantra, but also applies to the attitude that’s doubtless inherent here. Though it’s by no means essential, McCartney 3 will likely still win over legions of compulsive Macca collectors.

Get ‘III’
Buy from Amazon 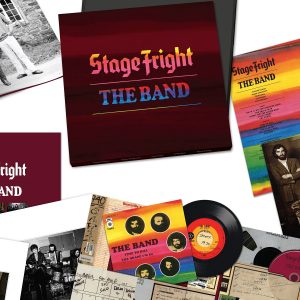 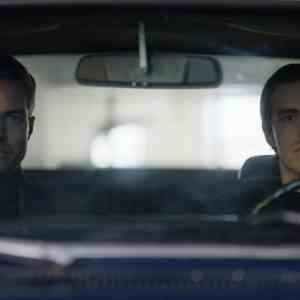