It remains one of the most powerful intersections of a miracle song with a powerful performance. Kris Kristofferson and Fred Foster wrote it, yet it’s Janis Joplin’s performance which transformed it into a classic. Though it’s been recorded hundreds of times, and by great artists from Willie Nelson to the Grateful Dead, it remains Janis’ version which matters most. Because, as Kris says in the following, she made it her own.

Sadly, he never heard her recording of it until after she died of a heroin overdose while making the album.

Here’s Kris, in his own words, on the origins of “Me and Bobby McGee.”

Kris Kristofferson: I wrote that while I was working down in the Gulf of Mexico. At the time I was flying around Baton Rouge. That is probably why Baton Rouge and New Orleans were in it.

But it was an idea that Fred Foster had given to me. He called up one time when I was about to go back down to the gulf for another week of flying and he said, “I got a song tile for you: “Me and Bobby McGee.”

Boudleaux Bryant, the songwriter, had an office in Fred’s building. Fred was the guy who owned Monument Records and Columbine, which I was writing for at the time. And Boudleaux’s secretary was named Bobbie McKee. I thought he said “McGee.” And he told me to go write the song. And God, I can’t write on assignment. It gives me the worst case of writer’s block that I’d ever seen. [Laughs] So I had to hide for a couple months.

But then the idea just started growing in my head. And I can remember when the last line came to me. I was driving to the airport in New Orleans, and the windshield wipers were going into the line about “the windshield wipers slapping time and Bobbie clapping hands…” And it finished the song for me.

And I went back. Found Billy Swan back at Columbine Music, he was the only guy who was still there when I got back to Nashville. So we stayed up all night making the demo of it. It just blew Fred away.

But there was one problem. He told me Bobby McGee is a she! And I thought, “Oh God, I’ve got to start over.” [Laughs] But we talked it over, what could happen. I was thinking of it as two people traveling around. I though of the movie La Strada  with Anthony Quinn. He’s traveling around with Giuletta Masina in this little funky circus thing they had. He leaves her by the side of the road. She’s kind of half-witted, and he’s getting tired of taking care of her. Anyway, he leaves her there.

And at the end of the film he hears this song she used to play. And this woman, who’s hanging up laundry, is singing it or whistling it. And he goes up and asks her where she learned that song. And she said, “There was this little girl who came into the village, and nobody knew where she came from, and she died.” And later you see Anthony Quinn out there in this tavern, getting into fights. He goes out on the beach and ends up howling at the stars. It was like a double-edge sword of freedom. He was free from her. He left her sleeping by the road,. He wheeled his motorcycle off so he wouldn’t wake her up. But then he lost her.

And that was the feeling I wanted to get out of “Bobby McGee”: Freedom’s just another word for nothing. Nothing left to lose.

But then when I wrote that, one of my songwriter friends – at least one of them – tried to get me to take that line out. [Laughs] They said, “You’ve got so much good concrete imagery all through the song, and then you get all philosophical in the chorus.”

I’m glad I didn’t listen to them.

Now you can’t think of that song without thinking of Janis. Because she made it her own. But I love the way Jerry Lee [Lewis] sang it too. And Willie [Nelson] and Roger [Miller]. And Gordon Lightfoot. Rambling Jack Elliot. It’s one of those songs that a lot of people can own.

Janis and I hung out for a couple of months before I started performing at the Troubadour. She was going off on this rock and roll train. I went off to perform in the Isle of Wight, and came back to do the Monterey Pop Festival. The day after it was over we got word that Janis had died.

So I flew down there (to Los Angeles) and we were hanging out in the motel where she died. It was called The Landmark them. Paul Rothschild, the producer of the album [Pearl], told me to come by [Sunset Sound], the studio they were working at to play me her recording of “Bobby McGee.” And it just blew me away. Just blew me away.

“Me and Bobby McGee”
By Kris Kristofferson/Fred Foster

Busted flat in Baton Rouge, headin’ for the trains,
Feelin’ nearly faded as my jeans.
Bobby thumbed a diesel down just before it rained,
Took us all the way to New Orleans.

Took my harpoon out of my dirty red bandana
And was blowin’ sad while Bobby sang the blues,
With them windshield wipers slappin’ time and
Bobby clappin’ hands we finally sang up every song
That driver knew.

Freedom’s just another word for nothin’ left to lose,
And nothin’ ain’t worth nothin’ but it’s free,
Feelin’ good was easy, Lord, when Bobby sang the blues,
And buddy, that was good enough for me,
Good enough for me and my Bobby McGee.

From the coalmines of Kentucky to the California sun,
Bobby shared the secrets of my soul,
Standin’ right beside me through everythin’ I done,
And every night she kept me from the cold.
Then somewhere near Salinas, Lord, I let her slip away,
She was lookin’ for the love I hope she’ll find,
Well I’d trade all my tomorrows for a single yesterday,
Holdin’ Bobby’s body close to mine. 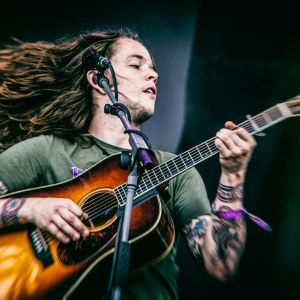 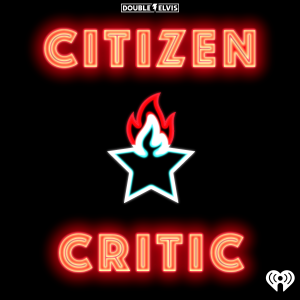