Billy Strings’ latest album, Home, has been gaining him a new wave of fans since its release in September of 2019. Known originally for his incredible bluegrass guitar-playing, Strings has proven to be a thoughtful songwriter as well. His latest release from Home, “Enough To Leave,” which premieres its video today, is stunning evidence of that.

One listen to the soulful, anguished vocals on “Enough To Leave” should tell you that this was an extremely personal song for Strings, as he confirmed in an interview with American Songwriter. “I had just lost a friend that I had gone to elementary school with to a heroin overdose,” Strings explains. “And then a few days later, I lost another friend the same way. When I got home from off the road, I was thinking about them. I got bummed out about it and I just sat down and wrote that song.”

“It was all ready to be poured out. Because I was really feeling it and I didn’t know what else to do. I was thinking about my buddies. And I was all alone, so I was pretty much writing the song directly to them, almost like looking up to the skies.”

“Enough To Leave” is a strikingly honest evocation of grief. The narrator wonders what was going through the mind of the person who has left him behind. Yet he also indulges his own feelings of loss, wondering how he’s going to spend his time without them.

Strings then was faced with transforming the raw feelings in the lyrics into a compelling studio take. “When I wrote it, I wasn’t really sure what it was going to be like,” he says. “It was just a rough demo, pretty much just the chords and the lyrics. We tried a few different things, and I just kept saying that I think we should just keep it simple. I think it should just be chords and the lyrics and no bridge, no nothing, maybe a guitar solo, but other than that, I just want to say these words over some chords and that’s it.”

“When we were recording that thing, I was thinking about my friends and I really was emotional during the take. And I was just trying to portray that emotion through the song.”

As Strings made the rounds playing the songs from Home, he found that people formed a strong connection to “Enough To Leave.” “I’ve had a people reach out and say things like, ‘Man, my brother died last week of a heroin overdose and I can’t stop listening to this song. It fucking tears me apart but it’s also kind of healing in a way.’ And I’ve also had people come up to me and say, ‘I went through a rough breakup and I can really relate to this song. Like what am I supposed to do now with my afternoons? I won’t hear your call. I’m not going to see you anytime soon.’ So it’s not just about death. It can be related to other things. That was interesting for me to hear.”

“Enough To Leave” occupies a special place in Strings’ live shows, as a kind of thoughtful breather from some of the high-energy songs surrounding it. “Everybody needs a break once in a while from getting beat over the top of the head,” Strings jokes. “It’s a nice change of pace in the show. Every time I sing that song, it’s almost like I have to change my whole mindset. If I’m playing a song that’s happy and upbeat before that, before I play ‘Enough To Leave,’ I think about my friends and I think about all the saddest shit, and I pretty much almost make myself cry before we play it.

“As always the main goal for me has always been to portray the emotion of the song and the emotion of the lyrical content and the melodic content. I just try to sing it lonesome cause it’s a sad song. You see people wiping tears from their face out in the crowd. I’ve even probably shed a tear once or twice myself while on stage singing that song.”

Speaking of live shows, Strings should grow his fan base even more when he opens up for Jason Isbell on a string of shows coming up this year. He is excited about the possibilities of a guitar summit or sorts: “He’s a fantastic guitar player. And so I’m sure we’ll have plenty of time to geek out and play guitars together.”

But Strings also appreciates Isbell’s songwriting, as he admits being drawn to a song whose raw content resembles “Enough To Leave” in a lot of ways. “The first song that really turned me on to him is ‘Elephant,’ he says. “It’s so sad and it’s so amazing the picture that he paints with those words. It’s weird how someone can put something like that into a song and you can get so attached to it. Maybe you have lost someone to cancer, or in the case of ‘Enough To Leave’, to an overdose or something like that.” 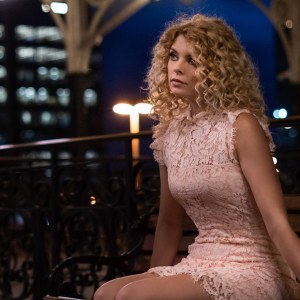 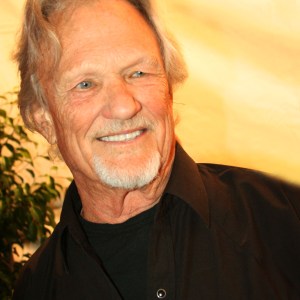