“Voodoo Chile” by Jimi Hendrix started as a candid jam session between brilliant musicians, and eventually became one of the most iconic songs in Hendrix’s discography. The song was a fan favorite during his career and remains one of his most memorable (and most drawn-out) vocal and guitar performances.

“Voodoo Chile” was first released as the fourth track on Hendrix’s 1968 album, Electric Ladyland. If you thought “Free Bird” and “All Too Well (10 Minute Version)” were extensively long, “Voodoo Chile” runs just one second short of 15 minutes. The lyrical sections are broken up by long instrumentals, putting Hendrix’s electric guitar skills on full display. It is the longest song Hendrix ever recorded.

Since “Voodoo Chile” ran so long, the last song on Electric Ladyland is a shortened version, titled “Voodoo Child (Slight Return).” They cut the song down by ten minutes, leaving it at just over five minutes long.

Listening to “Voodoo Chile” almost feels like watching a concert— you can hear how much fun Hendrix and the band had playing off of each other as they went along. The last 30 seconds of the recording capture them applauding each other after the music ends.

“Voodoo Chile” was created on May 2, 1968, at Record Plant in New York City. It featured Hendrix on vocals and guitar, Mitch Mitchell on drums, Steve Winwood on organ, and Jack Casady on bass. While the group decided on the structure of the song together, they actually improvised the majority of “Voodoo Chile.”

“We took directions through the language of playing,” Casady recalled. “Jimi was able to experiment with his ability and with effects in order to create an atmosphere. ‘Voodoo Chile’ has a really eerie sound that kind of places you in a different world.”

The next day, the group came back to the studio to record the song, with Noel Redding on bass. A camera crew from ABC was also at the studio, filming their recording process for a documentary.

“Someone was filming when we started doing ‘Voodoo Child,’” Hendrix said. “We did that about three times because they wanted to film us in the studio, to… ‘Make it look like you’re recording, boys.’ One of them scenes, you know… And then we went into ‘Voodoo Child.’”

The recording of “Voodoo Chile” that made it onto Electric Ladyland was their third take. Winwood revealed that during their second attempt at recording, Hendrix broke a string and had to repair it himself since they did not have guitar technicians.

Winwood also noted that Hendrix’s mastery of his craft was evident while creating “Voodoo Chile.” He inspired creativity and experimentation within the group but did not sacrifice technique.

“Hendrix came up through music in some ways a similar route to me. He learned a lot of the old skills,” Winwood explained. “It wasn’t like he just got up one morning and thought, ‘I climbed on the back of a giant dragonfly.’ He’d done all that and played all those songs and understood music. He had some wild thing in there, which he liked to inject in it.”

The lyrics of “Voodoo Chile” contain many references to voodoo magic and religion, creating a plethora of haunting images throughout the song. In the first verse, Hendrix sings, Lord, I swear the moon turned a fire red / The night I was born. The red moon is a biblical symbol that appears on the night before judgment day.

He then insinuates that his birth brought about the foretold death of his mother: Well my poor mother cried out “Lord, the gypsy was right!” / And I’ve seen her, fell down right dead

He sings about being a “voodoo child,” which means that he believes in magic and superstitions. In the fourth verse, Hendrix brings in more psychedelic and sci-fi-inspired imagery to underscore the otherworldly vibe of the song.

The images of Jupiter and a murky sea of methane draw listeners into the ethereal world Hendrix creates. He continues to use this fantastical imagery along with ominous guitar grooves to give the song a magical quality, though not necessarily “good” magic.

I float in liquid gardens
Way down in Arizona red sand
Well, I taste the honey from a flower named Blue
Way down in California
And the New York drowns as we hold hands

Following the success of the track, “Voodoo Chile” was a fan favorite at Hendrix’s concerts. His live renditions of the song varied from seven to eighteen minutes long.

Guitarist and songwriter Joe Satriani referred to “Voodoo Chile” as “the greatest piece of electric guitar work ever recorded.” As one of Hendrix’s most highly praised and beloved pieces of work, “Voodoo Chile” is one of the many songs that cement his legacy as a guitar god.

Listen to “Voodoo Chile” below! 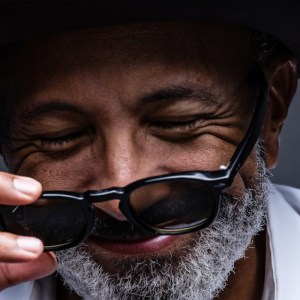 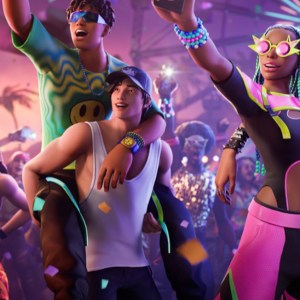