“Some people can sleep at nighttime believing that love is a lie,” Paul McCartney sings in “Some People Never Know” from 1971. Alas, he’s right: Some of us will never know what love is. But everyone has an opinion about it, especially songwriters, and every decade in the modern era (reckoning from Hank Williams) has had its own way of answering this timeless question.

Creative challenge #1: Listen to the song sampler below and complete the sentence “Love is….” for each. Examples: “In The Still Of The Night” (Five Satins) — “Love is holding you tight.” “Love Is Just A Four-Letter Word” (Bob Dylan) — “Romantic love is a cruel illusion.”

This little exercise had one purpose: to get your mind seething with answers. Now for the follow-up question: What do these songs have in common? With so much diversity, the answer might not leap out at you, but it has to do with why love is such an enduring topic.

Love is intrinsically interesting because it’s a life-changing event. While we generally spend our lives seeking stability and avoiding change, love can turn our world upside down in an instant, and change like that is the stuff of drama. In movie lingo, it’s called the inciting incident. James Joyce called it an epiphany — a sudden, striking realization.

Whether it’s falling in love or falling out, each of these songs pivots around an electrical jolt. The lightning might have struck offstage, in the past, it might be happening now, or it might be desired in the future. It might be gentle, as in “Here, There And Everywhere,” or it might hit like a thousand volts, as in “Marry You” — but all these songs, and many others, are built around lightning strikes.

Creative challenge #2: Describe the lightning strike in each song. When did it happen? Was it subtle or strong? Did it trigger a new resolve via an epiphany, or is the voltage raging even now? Did the singer tell you what it was, or did you have to guess?

Between the lightning strike and the finished song falls the shadow. The songwriter must bridge the gap with words and music, and this is where the power of the lightning strike concept hits home. First, it focuses your message. Second, it is a fountainhead for imagery, simile, metaphor, and drama. Third, it is flexible: Songs that are poles apart, such as the torrentially symbolic “Love Minus Zero/No Limit,” by Bob Dylan, and the starkly minimalist “It’s Bad You Know,” by R.L. Burnside, both emanate from lightning strikes.

Building the bridge starts with free association. Simple phrases or single words will do. If you’re stuck, ask yourself questions, such as “How did that make you feel?” or “What did you see, touch, taste, hear?” or “What did you want to do?” From the pool of images and ideas, verses can be constructed. Verses tend to offer evidence for the lightning strike or the changes it caused. Choruses often state the epiphany, the striking realization.

The last step is wordsmithing. Musical phrases automatically impose order on your words, which can comfortably float between the bar lines (see R.L. Burnside above), so relax. You’re writing popular songs, not Shakespearean sonnets.

Creative challenge #4: Reverse engineer any song listed above. Suggestion: The first verse of “Butterflies,” by Kacey Musgraves. Where’s the lightning strike? What’s the evidence? What’s the epiphany? Reconstruct the free-association pool from keywords in the verses. See how she weaves the imagery together. Think about what she left out, as well as what she put in.

Creative challenge #5: Build a song around a personal lightning strike. Because the world will never tire of new answers to life’s oldest question — “What is love?” 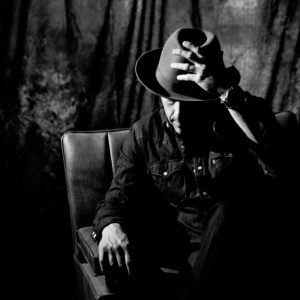 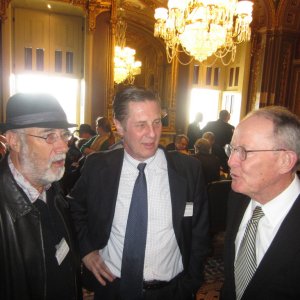