Caught somewhere between a post-9/11, pre-social media era, New York City saw a rock renaissance in the early 2000s with The Strokes, Interpol, Yeah Yeah Yeahs, the Rapture, and LCD Soundsystem at the forefront. Now, a documentary, titled Meet Me in the Bathroom, is detailing that rebirth in never-before-seen archival footage and exclusive band interviews.

Based on a book of oral histories, Meet Me in the Bathroom: Rebirth and Rock and Roll in New York City 2001–2011 by music journalist Lizzy Goodman, the documentary illustrates the city’s rock scene in the new millennium. It follows the aforementioned bands’ meteoric rise to fame in the city and beyond into international acclaim.

When her book was first released in 2017, Goodman spoke with NME about her decision to tell the story. “I went to see what was supposed to be LCD Soundsystem’s final show at Madison Square Garden in the spring of 2011 and The Strokes playing Madison Square Garden for the first time in the same week,” the author explained. “There was something about the tone and epic nature of both of those shows. These two bands who had been record keepers of this era were cast in a new light for me that night, they felt like big fancy grown-up rock ‘n’ roll stars.

“Journalistically, it started to percolate that the period of time between 2001 and 2011 had a beginning, middle, and end,” she added. “It took another year to write a proposal and another five years to write the book—it was a delicate little seedling for quite a long time. I saw the story and therefore couldn’t shake the itch to tell it.”

Directed by Dylan Southern and Will Lovelace—who helmed the 2012 LCD Soundsystem documentary Shut Up And Play The Hits—the film will premiere in New York and Los Angeles on Nov. 4 and then hit theaters nationwide on Nov. 8 for one night. It will then be available to stream on Showtime beginning Nov. 25. 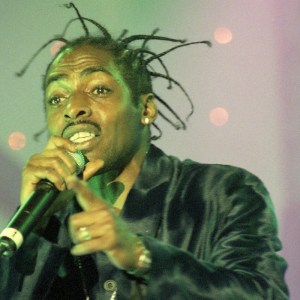