Not so long ago, mentioning the artsy/psyche-indie band Mercury Rev and country trailblazer Bobbie Gentry in the same sentence might have been the set-up for some bizarre joke. Times change, but even now the unexpected appearance of this collaboration where Mercury Rev not only embraces Gentry’s music but provides support for an eclectic roster of female singers interpreting songs from Gentry’s titular 1968 collection seems like a peculiar, almost unimaginable undertaking.

Three years in the making, this one-time side project that Mercury Rev thought they might play for friends appears as an official release. Not surprisingly, it’s an audacious, if rather muted, project that mixes and matches female stars like Norah Jones, Margo Price and Lucinda Williams with less recognizable singers such as Vashti Bunyan, Carice van Houten and Marissa Nadler, all interpreting Gentry’s songs—in order—from her obscure The Delta Sweete album. If “orchestrated psychedelic country” is a thing, then this fits that oblique description.

The original was a commercially unsuccessful follow-up to Gentry’s top-charting Ode To Billie Joe. In The Delta Sweete, Gentry presented a concept piece of sorts about her formative years in Mississippi, including blues, gospel, pop and country influences. Covers of raw blues classics like “Big Boss Man,” “Tobacco Road,” Mose Allison’s searing “Parchman Farm” and Doug Kershaw’s “Louisiana Man” (oddly the only selection omitted from this set) sat next to her own compositions, all sung in her sultry burr. Even with slick production touches (smooth strings and horns) added, common to country music of the time, Gentry’s work was an innovative, ahead-of-its-time conceptual song cycle.

Mercury Rev brings an occasionally unsettling but luxurious approach that works remarkably well. The songs range from the eerie Nico-inflected stylings of Bunyan on “Penduli Pendulum” and Beth Orton’s riveting chanteuse version of “Courtyard” to Hope Sandoval’s (Mazzy Star) typically languid “Big Boss Man” and Suzanne Sundfor’s alternately sweet and spicy “Tobacco Road.” Some, like Norah Jones’ opening “Okolona River Bottom Band,” work better than others, like Phoebe Bridgers’ wispy “Jessye’ Lisabeth.” But considering the subversively experimental nature of this project, with its orchestrated musical support that’s alternately lush, sweeping and subtle, along with the diversity of the singers, it coalesces into a consistent statement.

There is no doubt that everyone involved was invested in paying tribute to Gentry’s lost classic and understood Mercury Rev’s love of, and dedication to, this music. You can even forgive them tossing in Lucinda Williams, moaning through an emotional “Ode To Billie Joe” – a song not included on the initial disc — with her patented swamp-infested drawl, in an attempt to increase this project’s visibility. The blend of Rev’s dreamy (some might say disquieting) backing, which often approximates hovering between awake and asleep, and women singing in their most relaxed style, connects on an artistic level that’s edgy, rootsy and organic. It’s perfect for headphone listening where you can isolate the predominantly percussion-free orchestral elements. Although it only clocks in at a conservative 43 minutes, the approach tends to wear thin, since the vibe seldom deviates from its somber, ornate tone. 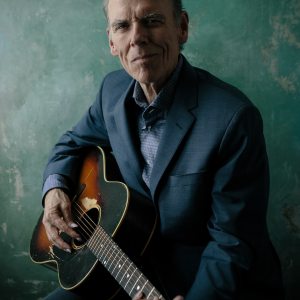 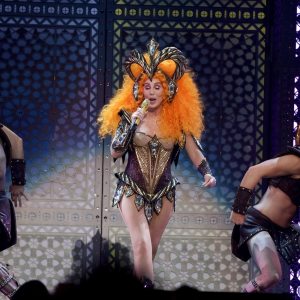