The German duo Milky Chance has been dropping eclectic musical nuggets on their fans for the last decade or so, with the 2013 hit “Stolen Dance” being just the icebreaker for their run of success. Their latest single actually goes back a bit to a track that they first concocted as a demo. The finished product, “Unknown Song,” is finally getting a proper release and has all the makings of another unorthodox yet catchy classic from the pair.

Guest vocalist Paulina Eisenberg supports the group’s lead singer Clemens Rehbein on the track. Rehbein, who is joined by Philipp Dausch in the duo, spoke via e-mail with American Songwriter about “Unknown Song,” which doesn’t seem likely to remain anonymous for long.

American Songwriter: What was the spark for “Unknown Song” in terms of the writing?

Clemens Rehbein: That one actually came alive through a soundcheck jam on tour. I think in France if I remember right.

AR: What made you feel the timing was right to give it a proper release after it had been a fan favorite for so long?

CR: Well, we had some issues to solve regarding contracts from the past, and it took us longer than we would have wished. But it turned out to be a nice memory piece and in fact built up a demand that is also very pleasing and sweet, as well as a reminder of how blessed we are doing this for over 7 years now.

AR: There is a bouncy feel to the music that is contrasted by some of the anguish of the lyrics. What about that approach appeals to you?

CR: I think it resembles the natural way of life to us being contrasted of happiness and sadness. There’s not one way, but both make life beautiful and it only goes together. Making music makes us so happy and it’s a safe space of being, and being free. It allows us to express what we feel and that is what we do in our music, too. We can sing about what feels sad or heavy but in a very happy environment of music.

AR: You get a nice vocal blend with Paula Eisenberg. Tell me a little bit about your collaboration with her on this record.

CR: Yeah, thank you. She is a long-time friend from high school, and we played music together lots back then and also went on tour together. So making this song together was an outcome of when we were on those tours.

AR: The harmonica solo at the end really brings the house down. Was that a one-take deal?

CR: It indeed was. Antonio (Greger) is incredible on the harmonica, and especially on Sadnecessary (their 2013 debut album), we did a lot of one-take deals (haha).

AR: What do you guys have coming up in the new year?

CR: Hopefully a lot of shows and festivals, and, most definitely, more new music. 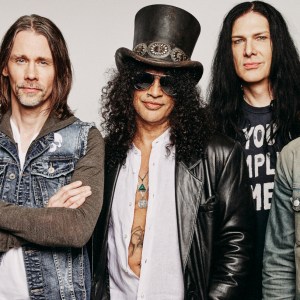 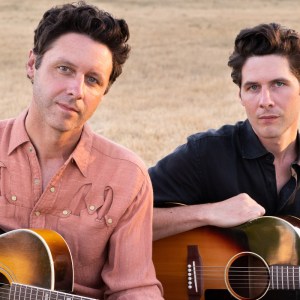