“There’s a moment when you hear something that sends chill bumps down your arms or fills your eyes with tears. Sometimes the hair on the back of your neck stands straight up,” Jon Randall explains from his respective Zoom window. He’s sharing the screen with his closest songwriting confidants, Jack Ingram and Miranda Lambert, to discuss exactly what happened out in the desert of West Texas last fall.

It was nearly 4:00 a.m. when Lambert first arrived in Marfa in 2015. Randall had been telling her about the map dot destination for years, and the very public dilapidation of her marriage with Blake Shelton called for a getaway. So after seeing one of Ingram’s shows, the three friends headed West into the night.

The dusty town has become a destination for artists and visionaries over the years. Something about the desolation contributes to its magnetism. Upon arrival, everything clicked for Lambert, Randall, and Ingram. The stars, Lambert recalls, were like nothing she had ever seen before.

On that first of what became many desert retreats, the three Texas natives—who, until Marfa, had never written together—wrote “Tin Man,” the standout song from Lambert’s 2016 double album, The Weight Of These Wings. Another Marfa session yielded “Tequila Does,” a highlight of Lambert’s Grammy-winning 2019 album Wildcard.

Each of these artists holds his or her own impressive accolades. But as a trio, they possess a transcendence as storytellers. These two songs, along with several successful souvenirs they brought back to Nashville, suggest something celestial about their creative unit.

“I’ve never been to space before, but when the song takes shape, it feels like gravity leaves you,” Randall continues, as he describes the singular experience that the three artists attempted to capture on their most recent pilgrimage last fall.

Lambert steps in to support his theory. “It doesn’t happen as much for me by myself,” she says. “But when I’m writing with people that I love and admire and can feel the magic is in there, there is a high. You’re just floating there for a minute.

“But no writer’s room or anywhere else compares to what happens in Marfa because you’re already kind of in space,” she adds as they all laugh in agreement.

Another three hours past El Paso, Lambert promises that the last leg is critical.

“It clears your head, so by the time you get there, you’re on another planet. The stars and sky, the surroundings, and friendship amplify all the emotions you bring with you. We get to be us for a minute out there, and it stops time.”

With the help of their friend, Grammy Award-winning engineer Brandon Bell, the three set out to bring forth that magic with The Marfa Tapes. Thirteen original tracks join “Tin Man” and “Tequila Does” for a live recorded collection, released May 7 on RCA Records.

Back in civilization, these two singles took on a life of their own. Revisiting them on their dusty breeding ground points to the trio’s purpose in creating The Marfa Tapes.

“I love that Miranda’s fans get to hear what it sounds like sitting around the campfire, drinking tequila before it goes through all the processes,” says Randall. “You hear so much more about a song when there are no distractions around it—no steel guitars and drums. I love instrumentation, but sometimes you understand things differently when it’s in its rawest form.”

Their unadorned recordings capture candid moments like their audible delight when they hit all the right notes and laughter when they were off-key. Cracked voices and forgotten lyrics show sentiment in their artistry. Ingram says the approach is partly a reflection of the times.

“Back in the sixties, when Motown was putting out all those hit records, there were mistakes all over the place. And even before that, they used to record an entire song with no fixes, back in Bob Wills’ day. Now we have the ability to make things perfect,” he laments.

Randall interjects, “Just because you can doesn’t mean you should.” In agreement, Ingram adds, “There’s something about humanity, we’re all a bunch of fuck-ups, and it’s fun to know why you can do something beautiful, and it can also have all these flaws.”

“I don’t know if I’d be willing to be so vulnerable and with no fixes or anything early on,” says Lambert, who celebrates country star success with several perfectly polished award-winning albums. “But having some time off last year and having all these songs, and how it feels when they’re right there in the moment, I felt like, why not share that? What’s to lose? I mean, we’ve got three singer-songwriters that can do what they do well.”

She adds, “But I think being in my thirties, being more comfortable with who I am, comfortable with my art and my friends, and who I want to make that art with—I just made room for that in my life.”

The howling wind offers a scenic backdrop. Rustling leather from a boot against rocks and chirping birds behind their banter serve as a reminder of the elemental exposure. At one point, a border patrol helicopter flies overhead, while the artists remain seemingly unphased. These sonic cues invite the listener into those inception points, precisely where some of their most influential songwriting has taken place over the last six years.

Songs like “The Wind’s Just Gonna Blow” encapsulates emotional processing. Penned on that first trip, in the wake of Lambert’s divorce and the personal strife sweeping through Ingram and Randall’s lives that year, the shaky vocals evoke a palpable vulnerability. With no overdub to hide behind, lines like Your halo’s in the dresser drawer / And I don’t wear my ring no more / Kids and time will learn to love us both feel especially poignant.

“It came from some pretty deep places and conversations and life experiences,” says Ingram, almost laughing. Lambert adds, “That one was some medicine for us all.”

Among these three songwriters, there are endless combinations of collaborators and cuts. But the strength within this unit is that they all carry the same strengths in delivering a collective story.

Songs like “Waxahachie” and “Geraldene” exhibit characterization as an illustrious literary device. The playful “Homegrown Tomatoes” is a nod to their shared roots in the Lone Star state. From Lambert’s entrance vocal “In His Arms” to Ingram’s guidance on the Prine-like “I Don’t Like It” and the Randall-led “Breaking a Heart,” each artist fills into the brokenness of the others. Swapping vocals and anecdotal heartbreak, the three friends support each other on their path toward healing.

“What blows my mind about songwriting,” Ingram says, “is that there is a blank piece of paper, and two hours later, or two days later, or two weeks later, something exists that never existed before. There is something in the universe now that wasn’t there until we sat down.”

From Randall’s perspective, this creation process starts when Jack picks up a guitar and throws out a melody. He says, “Then we jump onto that. And Miranda, she’s got such a beautiful voice, you have to be careful—everything she sings sounds great. Or it’s Miranda that picks up the guitar, or myself. I think we wear different hats depending on who’s driving the ship.”

From there, the other two determine whether to support their friend with lyrics or ideas. There are three songs that Lambert feels exemplify those specific moments where the three of them go into each other’s world.

“We’ll Always Have the Blues” was a title Ingram held in his back pocket for some time before he took the reins as his counterparts helped bring it to life. Lambert brought forward “Two-Step Down to Texas,” which Ingram describes as “so Miranda.” He and Randall followed her lead.

“Jack and I walked out, and Jon had half of that one before we even had coffee,” says Lambert. “We were like, ‘Woah, can we get it on that?’ So when a song already has the vibe, you fall in and wear whatever hat is needed.”

Randall humbly interjects and says, “We are all so collective. We talk about this a lot—the fact that we all grew up on the same music. We have so many of the same influences, many of the same heroes. It’s even in the ways to approach the language and characters in the songs. Essentially, we’re all trying to write the same song.”

“It’s like drafting and NASCAR,” he laughs. “Whoever is in front is pulling the other two cars behind them.”

“I don’t think you can do that with people you don’t know that well, or just walking into some writer’s room at 11:00 a.m.,” says Lambert. “It gives a song more punch because it’s the person’s personality and their thought process and their melodies, but, like JR said, with two cars coming behind it. That’s why The Marfa Tapes exist.” 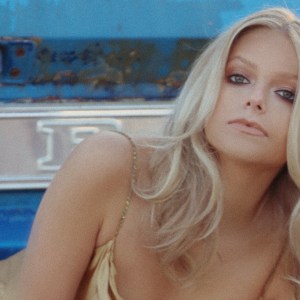 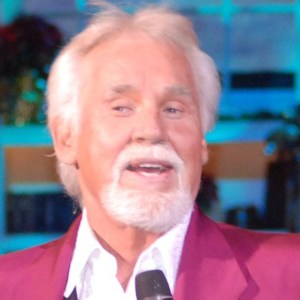