No country artist crossed over to the pop charts in the late ‘70s and early ‘80s with as much ease as Kenny Rogers. In a stretch between 1979 and 1983, Rogers amassed eight Top Ten singles. “Through The Years,” found on Rogers’ 1981 album Share Your Love, came up a bit short of that mark, settling in at No. 12. But you could argue that its themes of love and fidelity strengthening over time have made it one of his most enduring songs.

Rogers was a master of taking the sentiments of disparate songwriters and making them his own with ease thanks to his smooth, reassuring delivery. In this case, lyricist Marty Panzer and composer Steve Dorff wrote “Through The Years.” Panzer tells American Songwriter in an e-mail what his motivation was for writing the lyrics.

“I realized that there were a hundred (if not a thousand) songs about falling in love, memorable affairs, losing love, regrets, and the pain of lost love,” Panzer says. “But… I couldn’t think of a song that spoke about the great joys and benefits of long-term relationships. The only relationships I knew and valued. That’s why I wrote the lyric to ‘Through The Years.’”

From there, Panzer took it to Dorff, a frequent collaborator, over dinner and got emotional presenting the song. “Steve said, ‘Tell me the lyric,’ and (tears streaming down my face), I read him the lyric,” Panzer remembers. “He not only loved it but wrote the melody to the lyric before dinner was served. Only Steve could do that. He’s just that good.”

What Panzer and Dorff created sat right in Rogers’ wheelhouse. Not many interpreters could have brought off the earnest emotional content in the way that he did, letting the feelings show without overdoing it. But it was a reciprocal connection, as Rogers was also sinking his teeth into heartfelt lyrics and a melody that soars in all the right places, including a final-act key change that brings down the house.

The song is told from the perspective of a narrator attempting in vain to recall his life before his partner entered it. It insinuates that what was there before wasn’t really worth remembering anyway, because his life only truly began when she entered the picture. “I can’t remember what I used to do/ who I trusted, whom I listened to before, Rogers sings, suggesting that maybe those the narrator previously relied upon had steered him in the wrong direction.

The refrains pivot from hopelessly trying to envision life before her or without her to instead celebrating all that she has brought and taught him: Through the years, I never had a doubt/ I learned what life’s about by loving you.” He comes to the conclusion that he doesn’t ever want anything to change, as the past becomes the future: “As long as it’s okay, I’ll stay with you through the years.”

Steve Dorff also e-mailed American Songwriter to talk about the importance of the song. “’Through The Years’ holds a very dear place in the scope of my songwriting career,” Dorff says. “It’s one of 2 of my songs that has eclipsed 5 million broadcast performances. (Editor’s note: “I Cross My Heart” by George Strait is the other.) Having the great Kenny Rogers be the one who made the song a standard is so special to me. It’s been recorded now over 50 times in seven different languages by artists throughout the world.”

Marty Panzer, the man who penned those sentiments that Kenny Rogers brought home and who still collaborates with Dorff today (Barbra Streisand recently recorded their “Love’s Never Wrong”), sums up the song’s appeal the best. “A celebration of long-term family, friends, romantic, and professional relationships. A song you could sing to your parents, your wife or husband, your best friend, your mentors….”

And, forgive us for borrowing the title, a song that has meant a lot to a lot of people “Through the Years.” 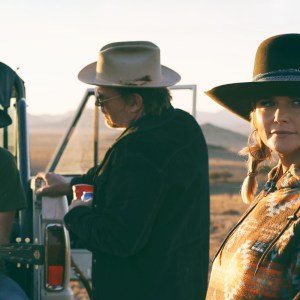 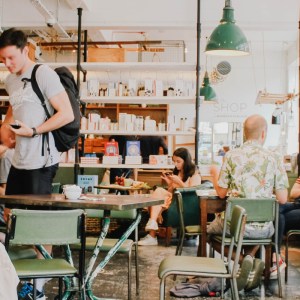