Mitch Rossell’s story seems more like a movie plot, not a real-life experience. More than once, the country singer/songwriter has taken giant leaps of faith—which have paid off enormously. He has written songs for (and with) Garth Brooks, signed with the prestigious Wrensong Publishing firm, and released several successful singles as an artist in his own right. With his latest release, “2020,” Rossell has secured his status as one of the fastest-rising stars in Nashville, with the song passing 350,000 YouTube views and 250,000 Spotify streams since its release in January.

“2020” is a timely and powerful hymn-like prayer for healing, inspired by last year’s tumultuous times. “It was an idea that I had, a ‘hindsight is 20/20’ thing,” Rossell says, calling from Murfreesboro, Tennessee. “I had it back in September, but I knew that it was the kind of song where it needed to be written right. Those usually take a minute, because you need to let them live in your mind and your heart for a little while and make sure that you’re getting out what you really need to get out. So we didn’t really start digging into it until December.”

With this track, Rossell says, “The main thing I wanted to do was keep it not political—just make it about being a human and not about being a Republican or a Democrat or a Libertarian or whatever term you might want to use for yourself. We all might have differences there, but we all experience a lot of the same things. So that was my main focus: to make it about us, as people.”

Putting this kind of careful thought into his words comes naturally for Rossell. “I’m a lyric guy, for sure,” he says. “I write melodies, too, but that’s kind of an extension of the idea for me, usually. If I have a great idea that I can sink my teeth into, I always feel pretty confident that I can do something pretty solid out of that.”

Although Rossell is a confident songwriter and performer now, he came to music later than most artists. “My dad had always wanted me to play [when I was] growing up,” he says, “and I never took the time to learn. I lost him when I was a kid and vowed from that day that I would learn to play one day, for him. Didn’t know when. Didn’t have any intentions to do anything with it. Just decided right before I left for college that I was going somewhere six hours from home, I didn’t know a single person, and I thought, ‘Hey, this would be a great time for me to learn guitar for Dad, and have something to do in the dorm room.’”

Once Rossell started playing, he soon felt the urge to write his own songs—and doing that “was like a gravitational pull, almost,” he says. By the time he graduated, he knew he wanted to be a songwriter, so he moved to Nashville.

“I wrote by myself and just tried to get better,” Rossell says of his early days in Nashville. “I knew I needed to get competitive because the best songwriters in the world live in Nashville, so I focused on that.” Although solo writing is relatively rare in Nashville, Rossell says he did it “out of necessity. It was either write by myself, or don’t write. I didn’t have a pub deal; no one was interested in me.” This was, he says now, a “blessing in disguise, for sure, because it made me very proficient. I had to get better—I couldn’t lean on anybody else. I think it’s served me really well.”

Rossell admits that there were times when he almost gave up on becoming a professional songwriter. “And every time that I would get to a place going, ‘I don’t know if I can do this much longer—I’m really struggling to keep my positivity,’ God would throw me something where it’s like, ‘You’re still on the right path. Just keep hanging in there.’” Even now that he’s successful, Rossell says he still relies on his faith to guide him. “I pray that all the time. I’m like, ‘God, if at any point you’re done with me in this thing, show me.’ And every time He shows me the opposite —He shows me that I’m still doing something that is moving the needle.”

That faith led Rossell to make some daring moves that resulted in dramatic breakthroughs in his career. One such situation came when he was working a day job at a bank while working on his songwriting at night. “I’d caught the eye of a guy in the Zac Brown Band, John Driskell Hopkins,” Rossell says. “I ended up hanging out with him at a show and got to know those guys, and they invited me to hang out on a cruise they were hosting.” The problem was, his manager at the bank wouldn’t give him time off for this. “And so,” Rossell says with a laugh, “like the logical adult that I am, I decided to put in my two weeks’ notice with no other job in sight.

“When I was driving down to Florida to get on this cruise ship,” Rossell continues, “I was praying, just going ‘God, I believe You brought me here to do this. I need Your help right now—I don’t know what I’m going to do when I get back. I don’t know what the plan is.’ And I pulled into the parking lot of the port and I got a call from the guy that books [legendary Nashville country music venue] Tootsie’s. He said, ‘I saw some of your videos—I want you to audition for us.’”

When Rossell returned from the cruise, he went to that audition—and ended up regularly playing Tootsie’s on Friday and Saturday nights. It paid enough that he didn’t have to get another day job. “It was like God [said], ‘This is the perfect scenario for you.’” And it had another good outcome: “When I got onstage, I completely fell in love with performing—I’d never done that before, and once I did, I was like, ‘This is awesome!’ So it kind of evolved into the artist thing,” Rossell says.

This wasn’t the only time that a bold move paid off for Rossell. In 2014, he sent off four unsolicited songs to Garth Brooks, who was cutting his Man Against Machine album then. Rossell recalls the accompanying email that he wrote: “I said, ‘I know no one’s probably going to listen to this and I know Garth will probably never see it, but he is my favorite artist and I just wish him all the best with his record.’ It wasn’t even on my radar I was going to get a response, not even from a secretary or something. Nobody.”

To Rossell’s shock, he got an email back from Brooks himself two weeks later. “It was three paragraphs long. He was like, ‘Send me everything you have.’” With a laugh, he recalls his reaction: “I started floating. It was insane.” As for what it was about his songs that prompted Brooks to reach out, Rossell says, “I have no idea what he heard. In his words—not my words—he said, ‘I’ve heard everything in this town, and you stand out to me.’ And I don’t understand why, but I was definitely not going to fight it.”

Brooks went on to cut Rossell’s song “Ask Me How I Know,” which was on his 2017 album Gunslinger. It promptly hit #1 on the U.S. Country Airplay chart. Rossell co-wrote two more hits for Brooks: “All Day Long” and “Dive Bar” (a duet with Blake Shelton). Last year, Rossell wrote with Brooks for the track “That’s What Cowboys Do.” Brooks also took Rossell on tour as his opening act in 2016. This launched Rossell into his own successful career as an artist, releasing four singles of his own that have all proven popular on streaming sites.

With all eyes on him now, Rossell knows that expectations are high, but it doesn’t faze him. “I would say that whatever expectations or pressure anyone else is putting on me, I’m putting double on myself,” he says. “I have such high standards for myself and goals and things I want to achieve. I just focus on that and that keeps me pretty busy.”

As he kicks off 2021 with his latest success with “2020,” Rossell plans to release more music—and remain true to himself. “I like to think that what I do is unique to me,” he says. “All of us are different; we have a unique way of saying things. Sometimes we let outside forces turn us into what we think we’re supposed to be, and I’ve tried really hard to just be what I am.” 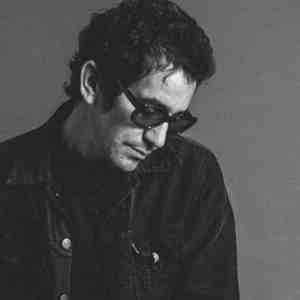 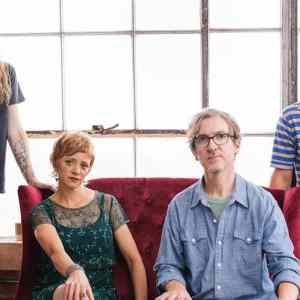