If Elton John and Leon Russell had a spiritual younger brother, it would be A.J. Croce.

The piano playing singer/songwriter injects plenty of the keyboard pounding, swamp rocking intensity Russell specialized in, but also reflects a softer, more sensitive side connected with much of John’s music. Both attributes are represented on this collection of a dozen covers, even if neither John, Russell, nor more significantly A.J.’s famous dad Jim, have songs on it.

Recorded pre-pandemic, Croce is clearly having a blast. He cranks out tracks played for friends while relaxing at home (and occasionally included in some shows) between the self-composed material that dominates his concerts. You can practically see the grins on the faces of the rather large ensemble (rhythm section, three horns, a trio of backing vocalists… all notably his touring band) as he digs into rockers like the Faces’ rollicking “Stay With Me” (Ian McLagan was an early influence), ballads such as Tom Waits’ exquisite, bittersweet “San Diego Serenade” and honeyed, classic soul with The Five Stairsteps’ “Ooh Child.”

The gravelly voiced Croce’s musical influences run deep, exemplified by the stripped down strutting gospel/blues of Sonny Terry and Brownie McGhee’s “Better Day,” the yearning church of Solomon Burke’s “Can’t Nobody Love You” (which he apparently learned from a 60s Zombies record) and The Beach Boys’ hit “Sail on Sailor.” The latter is infused with a darker, heavier blues arrangement that maintains the instantly recognizable melody but adds more gravitas. Croce doesn’t mess with Neil Young’s tender “Only Love Can Break Your Heart” although the backing singers bring a religious texture absent in Young’s version.

While the frisky opening “Nothing From Nothing” doesn’t do much other than change singers on Billy Preston’s hit, it suitably sets the energetic mood threaded throughout the disc. Croce digs far into Randy Newman’s catalog to unearth the rare rocker “Have You Seen My Baby?” He also dusts off a Motown obscurity by ramping up the funk on a grooving take of Shorty Long’s mostly instrumental burner “Ain’t No Justice” that will send most scouring streaming services to find the original.

As with most covers albums, By Request buys Croce time before his next batch of new compositions. Still, he’s not just treading water here. These delightful performances reflect Croce’s range and talent but more significantly how much he loves the songs and their songwriters that have influenced his style. 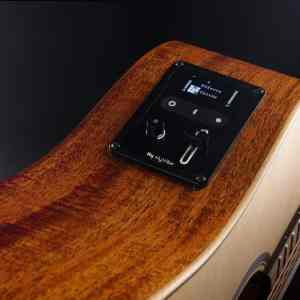 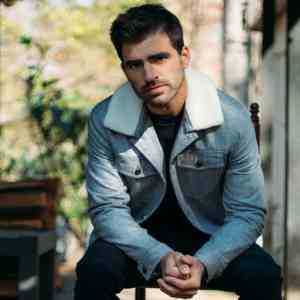