MOD SUN has spent most of his life being made fun of—either as punk rocker in high school or as a young artist trying to find his way in a pop landscape. For many years he tried to fit into a more accepted, more likeable, and more popular role, making ‘cookie cutter’ hit songs.  But his loyal fans who saw his ingenuity from day one were just waiting to call him out on it—and maybe in some ways he was too.

“I think there’s a beautiful relationship that you can have where your fans help you make the best music,” MOD SUN told American Songwriter. “I think they can call you out on your bullshit. There were times in my career I’d be like, ‘we’ll fuck it, let’s make a hit’ and I would make something that was like more cookie cutter for me and they would call me out and say, go back to that rock shit —that’s what we love you for.”

With his diehard fans at his side, a genuine visionary personality and a Pisces mentality fueling his expression, MOD has discovered a new way to still make ‘hits’ but in a less, fake and forced way.  The new phase of authenticity is a chapter for MOD marked by his new record, Internet Killed the Rockstar,” out February 12.

“It was a fucking journey,” MOD said about his career. “At this point I’m really accepting who I am in my own skin. But I’m not going to lie to you- I’ve had times of being insecure about my looks and wanting be like a pretty boy. And all that shit really strayed from the real person I wanted to be as an artist. But now I feel like I have a home and purpose. I’m happy for what I look like and sound like and what I offer to the world—I truly am. I dig myself.”

MOD SUN had been told his entire career, by his most loyal of peers, to make a record that captures his essence as both a human and an artist. For MOD that meant capturing live moments with him playing drums sitting and singing back-to-back with Avril Lavigne on his first new hit “Flames.”

“I felt like it wasn’t finished,” MOD said about the song. “I didn’t even know if the song would even go on the album. It went all these different directions, and I didn’t really understand what I was creating until I heard Avril on it.”

Lavigne was a fan of MOD’s music and when she got ahold of “Flames” she instantly knew its potential for greatness and started sharing her vision for it with MOD immediately over phone voice notes. “She kind of pinpointed it as being like a really great song which I didn’t hear yet,” MOD said. “I didn’t understand it the whole time and I think one of the more beautiful things about art is when you don’t really understand you’re making something amazing.

“If I knew I was going to have a hit song, I probably would have made a different song completely,’ he said. “I mean we’re doing something that you don’t hear on a hit song with different sounds, different structure, different chords. We’re going from a total acoustic piano song to the hardest rock song I’ve ever made by the end.

“There’s something about me being able to yell, and sing and play drums, that just like encapsulated my purest form,” MOD adds.

Feeding a need to bare his artist soul to the world, is an idea that MOD has been living, and sharing for as long as he can remember. But probably more so at the height of his teen years when he was listening to Nirvana and developing an infatuation with the 27 club and The Van Gogh syndrome.

The Van Gogh Syndrome is an idea MOD is deeply passionate about sharing, especially among artist circles because as beautiful and dark as it is, it is often misunderstood and taken as prayer instead of an idea. Artists get this idea that they must be tortured souls and in a state of constant chaos and suffering to make anything compelling. Van Gogh lived that life and he died penniless and unknown to the world. MOD saw what that mentality did to his beloved 27 club artists, which he honors and wears as an armor of eternal ink on his upper arm. He wanted to change the landscape for rock artists, showing people that you can write and create what you feel regardless of if it’s tortured darkness or the best moment of your life.

“Van Gogh died with no one buying his paintings,” MOD said. “And now he’s regarded as one of the greatest artists of all time. And it’s a fucking shame that we that we weren’t celebrating this person, while they were here and trying to tackle the whole stigma around having to be this tortured artist that can’t have a personal life because to be brilliant, they have to go through all these self-destructive states.

“I think that there’s an ability to reinvent the rockstar in this world, hence the name of my album where we tackled all these subjects that really meant something to us,” he adds. “I don’t think that that people should just be out here doing stuff unless there’s like a purpose for it and I think that we went into this album with the purpose to make something that people don’t see or hear, and I think we fucking nailed it.”

“Flames” was a perfect portrayal of the changing rock scene and mentality. Rock music was steeped originally in rebellious nature, heavy music, and a message. That’s all artists needed in the beginning to be relevant, but over the last few decades rock and roll in its purest form has lost its way.  MOD is bringing that back with the collaborative and energetic nature it needs to get back on track.

“Flames” was not MOD’s first effort for collaboration. His need for creation and feedback was fostered from that start of his career with fellow rapper, and first and foremost friend, Machine Gun Kelly.  It would be fair to observe a mentor/mentee relationship among the two, but that would be inaccurate. The duo is an equivalent force of nature that thrive off one another.  Kelly and MOD recently collaborated on Kelly’s hit song “Bloody Valentine” which went to No. 1 on Billboard and was certified Gold in 2020. But the two had been collaborating and writing together long before that.

“We met a decade ago on Warped Tour,” MOD remembered.  “From the first day we met we became best friends. I can actually like pinpoint now to when our creativity duo thing kind of clicked and we started to trust each other enough to create together. It was for Kelly’s music video ‘Sail’ that I directed like six years ago. I made it for $250 or something like that and we shot it in my house in North Hollywood as a one take video. It got like 300 million views on YouTube or something and got regarded as a great music video.

Kelly and MOD spent most of last year working on another project, a short film titled Downfalls High, which harkened back to MOD’s teenage influence of Blink 182 and Avril Lavigne, with features by Travis Barker, Chase Hudson, Sydney Sweeney, and others.  But prior to that MOD was reveling in the success of his two other singles “Karma” and “Bones” also from Internet Killed The Rockstar.  “Bones,” in particular, came to life in studio with producer John Feldman over a half-hour and taught MOD one more lesson about authenticity.

“That song was like vomit coming out for me,” MOD said. “There’s a phrase I used in the studio for the entire album- ‘let God speak,’ and I go in front of the mic and I don’t think about it I just let it fucking happen. I don’t kill the moment. And in my head, I wanted to capture that three seconds before a car crash, where you’re so calm and unknowing of what the fuck chaos is in front of you. But I wanted it to be like a ballad that Kurt Cobain would be singing. I wanted to make it dark, and I wanted to make it hurt. I want you to hear the song and say ‘holy shit this motherfucker is going through it’- because I was. I was broken while I was singing that song.”

“Bones” is even bolder after hearing MOD’s take on it. And it does elicit ideas similar to the feelings Kurt Cobain evoked on Nirvana’s equally painful and beautiful ballad “Something in the Way.”  “Bones” like ”Something in the Way” is worthy because it makes listeners feel something, and people tend to bond with sad songs, even when they’re happy.  It’s a societal flaw that MOD fell victim to as well, but with Dashboard Confessional song. It was also a moment when he realized music is not really meant to make you feel one thing over another—it is meant to push your fight, whatever that may be.

“When it comes to music, emotion is pure,” MOD said. “And I think that you can make an equally happy song as you can sad song. It’s a fucking crazy twist that the saddest song in the world somehow makes us happy. I remember being a kid, 16 years old and breaking up with my first girlfriend. I was just driving around listening to the saddest Dashboard Confessional song I knew and crying- until the point I felt happy.

“Music is about going through a fucking battle on the front line of life,” he adds. “And I think at the end of the day what music does, whether or not if it’s telling you to be sad or happy- it’s telling you to fight- and to bring back those times in high school where music was a game changer- you had you had posters of your favorite artists and you just felt more for music. I see that happening in front of me. I’m following that path.” 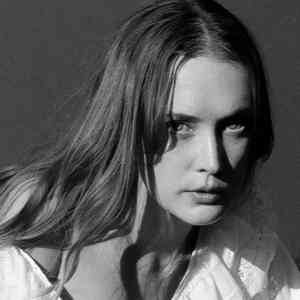