“It was a real smalltown,” Morgan Wallen told American Songwriter. “Everybody knew everybody, like, for real.”

The town was Sneedville, the seat of Hancock County out in the hills of East Tennessee, and it’s where Wallen was born in 1993. With a population just under 1,400 and a median household income of $13,281, it might not be exactly where you’d guess one of the biggest names in the music industry would come from, but Wallen reps his roots with pride.

“Everybody rooted each other on and everybody looked out for each other,” Wallen remembered. “Nobody really wanted for anything. I mean, nobody really had much at all… it’s a very poor county, a very poor place. But, it didn’t feel that way. To me, it felt like we had everything we needed. I don’t know… that attitude everyone had kinda stuck with me. Everybody—no matter if you’re blood or not—was treated like family. The values that I gained from that town and those people are things that I strive to maintain and will carry with me for the rest of my life.”

With those lessons forever ingrained into his mind, Wallen now lives in a very different town: Nashville. First moving there in 2015, he quickly sharpened his chops, rubbed some elbows and began his way climbing up the country charts, eventually reaching the international stardom and acclaim that he now enjoys. As of the end of 2020, he’s raked in over 3 billion streams, broken all sorts of sales records, collaborated with an all-star list of country music titans and has gone platinum so many times that if you Ctrl-F the word “platinum” on his Wikipedia, it just paints a yellow stripe down the middle of the page.

Yet, for as phenomenal as these accomplishments are, Wallen’s success still shows no sign of stopping. In fact, it’s coming to a new summit—on January 8, he released Dangerous: The Double Album via Republic Records and Big Loud. With 30 tracks perfectly embodying the “Morgan Wallen Sound” and contributions from Chris Stapleton, Thomas Rhett, Jason Isbell, Shane McAnally, Rhett Akins, Hardy, Josh Thompson, Eric Church and more, it’s all the more likely that this album will soon be certified by the RIAA as platinum, too.

“Pretty much since my first full-length dropped in 2018 and we finished up the press stuff for it, I’ve been writing for this next one,” Wallen said, commenting on the record’s humble genesis. Originally, he was planning on working up around 15 songs to make a fairly run-of-the-mill sophomore release… but, when the COVID-19 pandemic hit and his touring plans got scrapped, Wallen and his team decided to take on a new challenge: writing a double album.

“At that point, we had probably accumulated about 15 or 20 songs that I was really, really thrilled about recording,” Wallen said. “Me and my manager started joking around about making it a double album. I think he might’ve been serious, but I was like ‘Yeah, whatever, we can do that.’ But then, March came around, everything went to shit and I figured that I might actually be able to do it… but, rather than just 20 songs, I needed at least 25 or 30—that’s a real double album, in my opinion.” So, Wallen gathered his closest collaborators, worked up an extra batch of new tracks, did some fine-tuning and ended up with the masterpiece that is Dangerous: The Double Album.

Part of what makes the record so impactful is that aforementioned “Morgan Wallen Sound,” a blend of traditional country twang, ‘70s soft-rock moods, subtle synthesizer lines, R&B-production and anthemic hooks handcrafted for arena performances. By drawing on all of these different influences, Wallen, in a way, is painting an image of what an American life is today. Essentially coming-of-age concurrently with the rise of the internet, he’s of a newer generation of Americans who didn’t have the same homogeneous cultural upbringing as older ones. Yet, by taking all of the eclectic things he was exposed to and synthesizing them into his own, Sneedville-born style, Wallen’s sound still communicates a well-known and widespread American experience.

“I’ve always been someone who listens to a little bit of everything,” Wallen said, for his part. “Whether that’s Lynyrd Skynyrd or the Eagles or Three Doors Down, Breaking Benjamin, The War on Drugs, Lil Wayne or whoever—I’ve always appreciated some aspects of every single genre and I don’t mind incorporating them into my music as long as I stay true to myself and to my original sound. Like, when I sat down in my parents garage with a guitar, what did I sound like? What song did I want to make? As long as I keep that guy at the forefront of my music, all the stuff around it is just an added bonus to me.”

When you combine that musical bedrock with Wallen’s lyrical themes—usually focusing on romance, nostalgia, good times, bad times and hard-living—the magic behind Dangerous: The Double Album starts to look less like “magic” and more like “exceptionally good songwriting.” Between hazy memories of summer-loves that came to pass, stories of bouncing in and out of cop cars, images of sunburnt Silverados and nuggets of colloquial wisdom from Wallen’s small town roots, each track on this record speaks to a unique feeling, almost transporting you to that place in your mind. The common denominator of them all? They’d be the perfect thing to listen to while turning up the volume with one hand and cracking open a beer with the other.

One highlight on the record is the title track, “Dangerous,” which touches on some of the mistakes Wallen’s made in the past and the lessons he’s learned from them (like many of the great country icons, he’s not without his controversies). “I had just gotten into some trouble and I kinda wanted to write about it,” he remembered. “I felt like I had learned some things from it, just based on my mental space. So, I started strumming the main chords on a guitar, found a beat and stuff—that got the song started.”

From there, Wallen tapped the shoulder of one of his Big Loud comrades, Ernest Keith Smith—who uses the stylized stage name, ERNEST—to help him finish the tune. “I like to bring at least one other person into the room to help me and give me feedback as we bounce ideas off of each other,” Wallen said. “I can finish songs by myself, but I prefer to have someone else in there just to make sure that I’m not going down some rabbit-hole by myself, writing shit that nobody would give a shit about. So, I brought Ernest in for that song—it was just me and him. The music was there, the body was there, we just kinda finished it over the course of 30 or 40 minutes, just me, him and a guitar. We added a love interest thing to that song, but if you really listen to it, it’s actually me talking to myself about things I had learned. It’s for myself, so it’s pretty special to me for those reasons… that’s actually why we ended up choosing it for the album title.”

Many of Wallen’s hits come from similarly humble origins. Another highlight on the record, “Somebody’s Problem,” originated from a funny comment ERNEST made while the two artists were driving together to a writing session. When the duo got on the freeway, Wallen noticed the person driving in the car next to them. “She was a pretty girl, so I looked at her and said ‘Man, I wonder who that is,’” Wallen said. “Ernest looked at me and said ‘I don’t know, looks like somebody’s problem to me.’ I looked back at him and said ‘Oh yeah, we’re definitely writing that today.’ So, we looked at her car and what was going on with it, just trying to take in as much of the scene as we could. Then, we got to writing.”

From there, the two joined up with Rodney Clawson and Jacob Durrett and hashed out a first draft. “That first version was a little more like an upbeat tempo thing,” Wallen remembered. “Me and Ernest both sang on the demo—when we got it back, we were listening to it and nobody was, like, super thrilled about it. So, Ernest was messing around and we all started giving out ideas of where the song could go, that type of thing. I’d ask Ernest to play certain chords, he’d play them and we’d kinda freestyle melodies over it. We bounced back and forth like that until we ended up with a completely different song. It had the same lyrics, but all different tempo, feel, melody—different everything. But, the second version seemed to fit the essence of the song much better than the original, uptempo version. That was interesting! I haven’t done that a whole lot, written a song twice. But, I’m very thankful that we did that because I was really happy with the finished product we got.”

See, many of Wallen’s songs come from this authentic place, from the genuine friendship he fosters with his collaborators.“The core group of guys—Ernest, Hardy, Charlie Handsome, Josh Thompson, Chase McGill, Matt Dragstrem, Rodney Clawson—man, we all just became really good friends and I feel comfortable with them,” he said. “When we write songs together, they come out incredible. So, I’ve been really blessed to have such a great group of friends who are not only great friends, but insanely talented people too. It’s weird to think that some words that come out of your mouth or your friend’s mouth might end up being a well-known phrase or saying that you’ve turned into something else. I might just think it’s normal or everyday-life, but there are certain things—like ‘Somebody’s Problem’—where you say a phrase about something kinda silly, then you turn it into a song that could end up being a hit. It’s odd. I never thought that’d be the case.”

Perhaps, in a way, it’s this sentiment that best illustrates Wallen’s continued memory of Sneedville, Tennessee. Despite the massive success, tabloid attention, viral TikToks and multi-platinum sales numbers, he remains “that boy from East Tennessee,” just hanging out with his friends, supporting his community, writing songs and living life. Uncorrupted by his fame, Wallen’s relationship with his craft still comes down to the same bottom line as when he started performing as a child: an organic, unabashed love for music.

“I try not to think too much about everything that goes along with the success and stuff,” he said. “So far, I’m proud of what we’ve done and I know that it’s been a big team that got us here… I don’t want to cloud that up too much. So, I try to keep my head down, mostly.”

Watch the short film for Morgan Wallen’s single “7 Summers” off his new album Dangerous: The Double Album below: 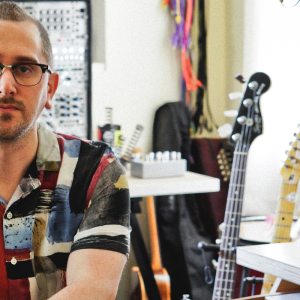 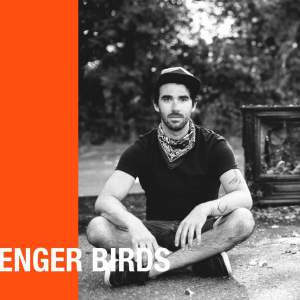