“I wrote ‘Morphine’ in early 2018,” Pope says of the song, which pairs his raspy, emotive vocals with gentle guitar. He initially intended to include the track on his latest album, Bone Structure, but ultimately decided to cut it: “I loved the song (and the recording) right from the start, but once we shifted the focus of Bone Structure to be exclusively directed at my daughter, this one didn’t make sense anymore within the context of the record.”

“At its core,” Pope explains, “this is a love song. I’m talking about how numbing my life could be before I found someone to care for. More broadly, ‘Morphine’ is about how aimless life can feel when you don’t feel that you have a concrete purpose. Early on in the quarantine, I was really struggling with that. I’m a performer, so if I can’t go out and put on a show, who am I?”

“I realized that the love in my life was, in fact, what gave me my true purpose,” Pope continues. “Once I came to that conclusion, being a stay at home dad felt joyous. My daughter and I got to walk all by ourselves to feed the ducks every day; I watched little changes occur in her that I would’ve missed if I was on the road. I’d share dinner with my wife across our dinner table each evening, as opposed to trying to sneak in a quick call from some far flung tour stop. It turned out that the love in my life mattered more to me than my job. I guess I always knew that, but this time at home has really reinforced it.”

“Morphine” is Pope’s first release since Bone Structure, which he wrote to and for his daughter. “God forbid, if she’s an adult and I’m not around, these are stories I would want to share with her,” he told The Boot upon the record’s release in March. “They’re things I learned and places I bumped my head along the road.”

The same week Pope released Bone Structure, a tornado tore through his East Nashville neighborhood. “Seeing real human suffering—people whose homes had giant holes in the roof or had a wall ripped off, people standing there in the rubble of where they were raising their kids—that made it pretty easy for me to put down my guitar and pick up a shovel,” Pope told Rolling Stone in May, reflecting on the event. “I wanted to go out and help my neighbors. I couldn’t do both.”

With “Morphine,” Pope kicks off his year-long project The Builder, through which he’ll release a new song every two weeks between July 23, 2020 and July 22, 2021. He’s also keeping busy with his weekly show called “LIVE! and in Sweatpants,” which he streams on his Facebook and Instagram every Saturday at 7:30pm CT. For Pope, both projects give him a chance to connect with fans during an especially challenging time.“Morphine” and Bone Structure are out now via Brooklyn Basement Records.

Pope recently played a ‘Behind the Mic’ session for American Songwriter. You can watch his full set and hear about how the songs came to be by clicking here. 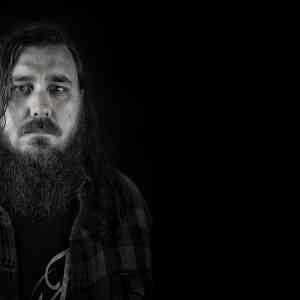 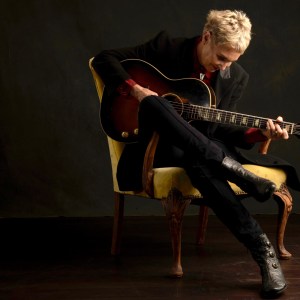