Various Artists
If You’re Going To The City — A Tribute to Mose Allison
(Fat Possum)
Rating: 4.5 out of 5 stars

When Roger Daltrey howled out the words “Well, a young man ain’t got nuthin’ in the world these days” with The Who cranking out high volume power chords behind him on 1970’s Live at Leeds, most fans probably figured this was some new Pete Townshend composition. But a closer look at the credits shows the name “Allison” as the tune’s author. That would be jazz/bluesman Mose Allison, whose own subtle, stripped-down recording of his “Young Man’s Blues” remains one of the least likely sources of non-original Who material.

The Tippo, Mississippi born singer/songwriter/pianist had been recording since his 1957 debut, quietly collecting a catalog of wildly creative songs whose literate, simple yet often wry and dryly humorous lyrics, along with a reticent talk-sung delivery, took a skewed look at society. That approach resonated, and continues to inspire, a wide variety of musicians. Some like Elvis Costello, Van Morrison, Loudon Wainwright lll and Townshend appear in an hour-long 2005 documentary on Allison included in this splendid CD/DVD package.

The film traces Allison’s life, his distinctive piano playing and unique, often self-deprecating, lyrical style (exemplified by “Ever Since I Stole The Blues”), both through interviews with the artist (who passed in 2016) and some of those influenced by his work. It alone is worth the price of this set, but the DVD is just icing on the cake. The CD collects 15 performances of Allison’s compositions, some popular, most fairly obscure, by an eclectic lineup that ranges from punkers Iggy Pop and Frank Black to bluesmen Taj Mahal, Charlie Musselwhite with Ben Harper and singer-songwriters Richard Thompson, Jackson Browne, Robbie Fulks and Peter Case. The Clash even recorded Allison’s “Look Here.” Few artists have inspired such a diverse batch of musicians.

What makes Allison’s tunes so lauded is how his words boil down complex concepts to simple sentences that remain timeless dissertations on the human condition. “Your mind is on vacation but your mouth is working overtime,” “Stop this world, let me off/ There’s just too many pigs in the same troth,” and “Ever since the world ended/ I don’t go out as much” are just a few of the gems included in these songs, each interpreted in the artist’s individual way. Bonnie Raitt helped make Allison’s anti-war “Everybody’s Crying Mercy” (it appears here in Raitt’s 2017 live version) one of his most popular pieces. But the joy of this compilation is hearing, and reveling in, less common items in Allison’s catalog such as Dave and Phil Alvin’s “Wild Man On The Loose,” an offbeat look at the male species trying to mate, and Iggy Pop’s ironic take on the title track with just trumpet, percussion and synth bass.

Allison even appears, playing piano behind his high-pitched voiced daughter Amy and Costello as “Monsters of the ID” closes the disc. Conspicuous in their absence on the CD is Townshend, Morrison and Randy Newman, the latter who is clearly a student of Allison’s sublime lyrical sensibilities.

Regardless, anyone unfamiliar with Allison’s often playful genius will understand his appeal after spending a few hours with this CD/DVD. And even those already hip to him will relish in these fresh interpretations of his universally appealing, if somewhat underappreciated work. 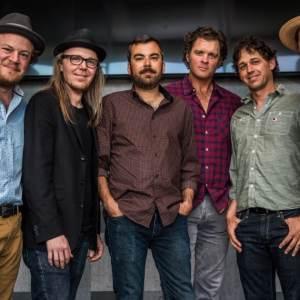 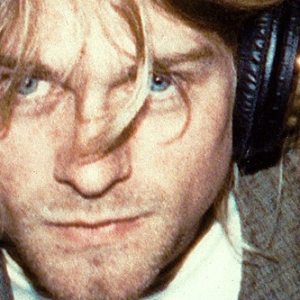