Matt Quinn, frontman for the Americana rock band Mt. Joy, calls it a “flash memory.” He was just 10 years old when he ran up to his mother carrying a toy guitar. Even at a young age, the instrument was one of his prized possessions. Quinn played a song he’d written on it for her. She complimented him. He grinned.

But Quinn remembers another time much more vividly. He can recall that same toy guitar snapped in half, neck broken on the sofa. Some with weaker constitutions might have let that be the end of their careers, but not Quinn. He persevered. And now Mt. Joy is one of the rising — and most adaptable — groups in rock.

“I don’t know who sat on it and snapped it in half,” Quinn says with a laugh. “I can picture it now. It’s probably why we write a lot of sad songs now.”

Despite the minor fiasco, Quinn continued to play. He got a real guitar at 13, and a year later, he was writing songs. In high school, he started collaborating with Sam Cooper, who was two years his senior. The two became fast friends, playing around their home city of Philadelphia in cafés and at open mics to small crowds. Whether or not they knew it, they were building something, honing bonds, refining their creative chemistry.

After high school, Quinn and Cooper split amicably. Both pursued careers as lawyers, somewhat begrudgingly. Eventually, Cooper, still in Philadelphia, decided to move to Los Angeles. Quinn, who was already in LA, reconnected with his old friend. They began playing music together again. Then, “trying to do it all” with one proverbial foot in music and one in law, Mt. Joy released the song, “Astrovan.” The song would change their lives forever.

“I was still taking law school night classes,” Quinn says. “I remember being in the campus library, trying to wrap my head around tort law or something. And I refreshed Spotify and saw we’d gotten like 60,000 plays in a day. That really raised my eyebrow.”

“Astrovan” had made it to some important tastemaker playlists, and it subsequently and quickly earned fans. It went beyond friends and family sending the track around. The numbers climbed into the hundreds of thousands of streams on multiple platforms, from Spotify to YouTube and others.

“There were moments when it was like, ‘Oh my god, what does it mean for our lives? Am I going to have to quit my job?’ And also moments like, ‘Is this just a flash in the pan? Do we have fans?’ There were a lot of questions.”

But those questions were quickly answered. Mt. Joy has fans — lots of them. And those numbers are growing with songs like the passionate “Silver Lining” and reflective “Jenny Jenkins.” The band also recently went on tour with the massively popular Americana group The Lumineers. These new and welcomed experiences all contributed to the band’s latest LP, Rearrange Us, an eclectic, 13-song collection that delves into acoustic ballads, expressive soulful lyrics and elongated-though-subtle instrumental jams.

Mt. Joy —which is comprised of Quinn, Cooper, multi-instrumentalist Michael Byrnes, drummer Sotiris Eliopoulos and classically-trained pianist Jackie Miclau — collectively enjoys a diverse group of influences. And Quinn prefers it that way. He has wide-ranging music interests, so why shouldn’t Mt. Joy?

“For me, growing up,” he says, “I loved Conor Oberst, I loved Bob Dylan. But I also loved soul and funk and rock. I grew up listening to the Grateful Dead, so that might be the jam influence. I think it’s easier to have a diverse number of options to write with instead of just one or two.”

Despite the unique sonic, textural qualities of each band member, the five come together seamlessly. For example, Quinn remembers an opportunity the band received early on — a chance to play late-night television on Conan O’Brien’s show. At first, Quinn wasn’t sure the band would be able to make it, let alone gel under the hot lights and the prestigious circumstance. Quickly, though, his fears were assuaged.

“It was early on during tour,” Quinn says. “We got a call, like, ‘If you can make it to LA by January, you can play Conan. I think some other band dropped out or something. We were super nervous, but going through stuff like that and getting to the other side of it is really important. We got it done.”

Today, the band continues to get it done. Rearrange Us, which Quinn describes as a “breakup album” with an ending that pushes for personal growth and progress in the face of sorrow, boasts many boisterous hits amidst the other quieter delights. It’s a sign that the band will assuredly not be fading away.

“I feel super fortunate to be able to do what I love to do,” Quinn says. “It’s the thing I think that I’m best at doing in the world. I know what it feels like to do a thing that makes you feel like you’re wasting your talents. So, I’m trying to take all this in. We’ve all worked so hard.”

Just out Rearrange Us on all your favorite streaming services from this smartlink. 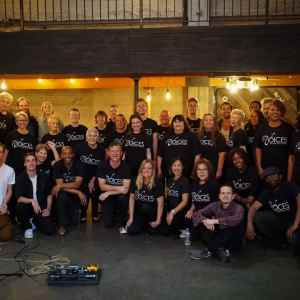 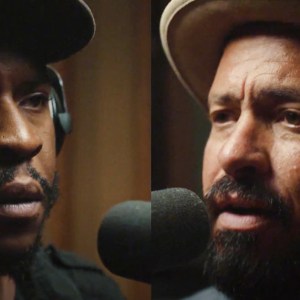