There are countless talented artists in the United States who haven’t seen the kind of success in the U.S. that they have elsewhere but somehow manage to keep going no matter how many people are listening. Nathan Bell is one of them.

Bell, like so many, brings to mind singer/songwriters like Dylan, Prine and Springsteen, though he’s often more pure-blues-based and probably a better guitarist than any of them. He’s known more for his lyrics than his playing though, unapologetically saying what he thinks in his work while name-checking people like Jesus, Kerouac and Johnny Winter on his eight albums. He often plays all the instruments on his records himself, though he has also worked with people like acclaimed bluegrass bassist Missy Raines and her band the New Hip, and legendary guitarist Richard Bennett (Neil Diamond, Mark Knopfler) on an album that was never released. Bell is noted for sometimes using a DADGAD tuning and a partial capo on the bottom three strings.

Raised in Iowa and based near Chattanooga, Tennessee, Bell saw touring success back in the heyday of bars and clubs that catered to artists of his ilk. But over the years he’s developed an overseas following that has helped sustain his career, and even won him some acclaim in the cinema world. He was awarded the top prize for best score for The Day After Stonewall Died, which won as the Best Short at the Cannes Short Film Festival in 2014, and is the subject of Irish filmmaker John Dower’s documentary, I Don’t Do This for Love, I Do This for Love.

On Friday, December 11, Bell will be doing a livestream with the Fallen Angels Club in Scotland, which promotes international Americana artists in the UK, where he has performed for years. “Obviously, I’m not going to Glasgow this year,” he told American Songwriter by phone. “So I’ll actually be doing the livestream from where I’ll be in Iowa. It’ll be about a 60-70 minute show. I’ll cover about seven albums and I have a few things that have been requested of me, songs I know my audience will want to hear. In the UK I have some people who are very devoted to those songs and those albums, so I’ll put those songs in the set certainly.”

Bell was getting ready to release a new album, his first since last year’s The Right Reverend Crow Sings New American Folk and Blues, when Covid-19 showed up. “I’ve got another album in the can and a single in the can that haven’t come out yet,” he said. “They were finished and in the process of being put to bed about the time [the coronavirus] started. Even though it would have been timely, it’s gonna hold until late 2021 I would say. My December 2020 tour that was booked is rebooking for January 2022, that’s when they feel confident that they’ll be opening clubs.”

Bell also spent a few years in Nashville, where he realized that family life was going to be more important to him than trying to succeed in the music business. “I was trying to write something I wasn’t gonna write while I was writing in Nashville,” he said. “And did I want to keep going in to talk to people on Music Row? Did I want to keep co-writing, which is never a super-comfortable thing for me? Did I really want to keep making demos? I realized, No, I really didn’t want to, I wanted to have a family and I wanted to be home.” And so he left the business for over a decade, picking up where he left off in 2007.

Even for someone who isn’t in the music industry, though, it can be hard to avoid artistic people in Nashville, and living there provided Bell with one more story about the late songwriting legend Townes Van Zandt. “We played a couple shows where we opened for Townes back in the ‘80s,” he said, “and everyone for a while there had a Townes Van Zandt story, he was kind of mythological. They were with Townes in the desert, or they were with Townes in an Austin bar and then it rained singing frogs or something. Amazing stories. But my Townes story is that I used to run into him in that Kroger store in Sylvan Park [West Nashville]. And every time I ran into him he was looking for food he couldn’t find. So I’m directly responsible for making sure that Townes took home certain kinds of frozen foods and his wife’s favorite cereal.” 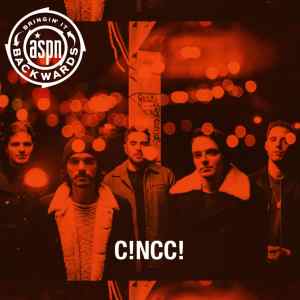 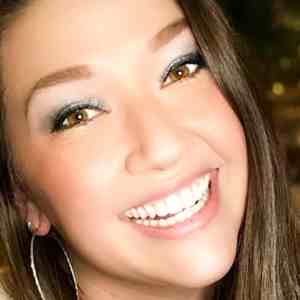