Since the release of 2015’s Live from the Woods, NEEDTOBREATHE imagined they’d record a follow-up eventually. “We’ve always talked about doing it. Our fans gravitate towards the live versions of songs,” says Josh Lovelace.

“We always try to do different versions of the studio records. There are a lot of new songs we haven’t ever released in a live format,” he continues. “It seemed like a great idea to do it now when people are missing live music more than ever.”

Live from the Woods Vol. 2 (now up for pre-order) is set to drop April 16—and it hasn’t even been recorded yet. That will come with two socially distanced, outdoors concerts to be held March 13 and 14 at The Caverns in Pelham, Tennessee, tickets for which go on-sale this Friday (January 15) beginning 1 pm EST. The Insiders Fan Club will get a chance to scoop pre-sale tickets on Wednesday (January 13).

“We liked the idea of trying to do something outside that was safe,” offers lead vocalist Bear Rinehart over a recent phone call with American Songwriter. “We had this idea of lighting up the wood and maybe having campfires. Our band has that southern, rural vibe, anyway.”

The Caverns is one of many live venues strictly adhering to the State of Tennessee’s Tennessee Pledge, as well as CDC guidelines, in order to make sure such live events are as safe and healthy as possible. For example, guests will arrive in staggered timeframes, be screened with temperature checks, and funnel off into their own pods for the show. More information can be found here.

Notorious procrastinators, the trio have yet to nail down their setlist (25 songs are currently in contention), but they hope to pepper in cuts from their latest record, 2020’s Out of Body, alongside long-standing fan favorites. “We’ll probably be ironing [the setlist] out the night before. We are further along than we ever are,” says Rinehart with a laugh. “It really comes down to interludes, intros, and jams. Luckily, we’ll spend a few weeks rehearsing for it, probably more than we have anything—mostly because we feel we’re a little rusty.”

The Pelham shows will be among the band’s first shows since lockdown last March. They are also gearing up for All Dressed Up & Nowhere to Go, an interactive performance from their rehearsal space using virtual live audience technology—utilizing 250 television screens to transmit fans directly into the venue. Those sold-out shows are slated for January 21 and 22.

“This [technology] blew my mind. We did it a few times with four or five people over Zoom,” says Rinehart. But this endeavour will be much different. Fans will also be able to interact with the band in real time and ask questions.

As we’ve witnessed over the last year, artists are adapting unlike ever before. Many are finding ways to connect with their fans through various live streaming platforms, social media takeovers, and other inventive strategies. It’s been difficult, to say the least. “Every musician I’ve talk to is struggling with a balance. You want to be healthy in a way where you don’t need affirmations for the things you do. In normal times, when I go out on the road, I don’t need the audience to cheer in order for me to keep doing this and loving it,” reflects Rinehart on how he’s handling current times.

“But there’s something innate about being a musician—you want other people to hear the songs. It’s been blatantly clear in this time that we miss that feedback. There’s a balance to that: the reason we make music is for other people and to get in front of people and see how they respond. [This has] put some clarity on that.”

Rinehart has been forced to discover healthier ways to manage his depression, as well. “A pandemic is not a good formula for me. [Depression] is fairly cyclical for me. With the songwriting I’ve been able to do, it has been healthy for me to do because I look back and think, ‘There’s a piece of that that came from a really dark time or feeling, and there’s a piece that came from the hope I found days later.’ There’s a real beauty to that. I need to go through those processes.”

Lovelace can certainly relate, as he too has undergone some of the darkest times of his life. “The first part of quarantine was pretty depressing. I went through this really dark [time] where I didn’t want to get out of bed. I really dug into Elliott Smith and Phoebe Bridgers and a bunch of really dark stuff. I don’t know if it helped or made it worse. But it definitely inspired me in a way to think about the world in a more complex way—and to know that it’s OK to be sad and cry.”

Resulting from necessary isolation, a new appreciation for recorded music has unexpectedly emerged, and artists find themselves flexing their technical muscles for the very first time. “We’re figuring out a lot of people can [make music] from their house and bedroom. It’s definitely a different kind of world where you can be stuck at home but still get work done and find creativity,” says Lovelace. “I’ve talked to a lot of musician friends who’ve said, ‘Yeah, I’m learning how to use ProTools for the first time.’ And they’ve never wanted to do it, but now they know they have to. That’s exciting. Out of the hardest times in history, creativity comes to the light, and people make beautiful things.”

Most of all, Lovelace admits how much he’s “taken touring and just being around people for granted. I was talking to my wife last night about when we were touring. We spent over a decade on the road,” he says. “We were on the road more than we were at home. Everytime you come home, you’d have to adjust to being a husband and dad. It always took a couple days to switch over. Now, I’m feeling in a similar way. I’ve been home for so long, and I have to switch over to almost putting on this persona. You realize that what you had was so cool and so rare.”

Rinehart similarly uncovered deeper value in home life, especially in the little things. “I’m really into candles and incense now,” he chuckles. “I maybe took [those things] for granted or thought [they] were weird before, but the idea of really setting the scene to welcome creativity into the space has been really important and valuable to me.”

Live from the Woods Vol. 2 is the tip of their creative iceberg. NEEDTOBREATHE expect “a lot more music” in the coming year, but they remain tight-lipped about what that might actually look like. 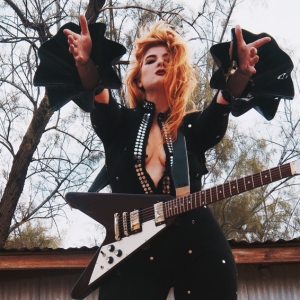 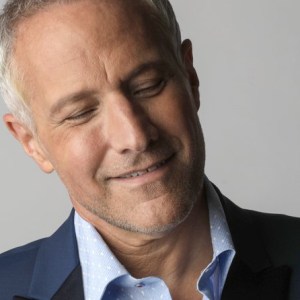