Anyone old enough to remember perusing the discount bins in the mid-70s is well acquainted with these titles, all of which were sold for about $2 or less.

After the Allman Brothers hit big with Brothers and Sisters, the labels Duane and Gregg had previously recorded for scoured their vaults to make a fast buck off albums few paid attention to when they were initially released. And generally for good reason. These recordings made between 1966-’68 capture a very young Gregg and Duane with various sidemen trying, sometimes remarkably successfully (but mostly not), to find the sound they ultimately landed on when the Allman Brothers Band was officially launched in 1969.

The weakest of the batch is, perhaps not surprisingly, the earliest; 1966’s Allman Joys was recorded for the Dial label and primarily produced by songwriter John D. Loudermilk (writer of the garage classic “Tobacco Road”). Gregg’s voice on these primitive recordings is all but unrecognizable from the soulful rasp he later perfected.  Originals “Bell Bottom Britches” (no relation to Clapton’s “Bell Bottom Blues”) and “Doctor Fone Bone” are dated, inconsequential ditties made for dancing in clubs. Duane’s guitar is also barely audible and with the exception of a jittery yet honest run through of Willie Dixon’s “Spoonful” (which ended up on the Dreams box, along with two other Allman Joys cuts oddly not included here), this is forgettable. These tapes stayed unreleased until the Brothers connected with a larger audience in 1973.

Next up are the two Hour Glass releases that featured not only Duane and Gregg but Johnny Sandlin on drums and Paul Hornsby on piano. The latter duo became well known as part of the Capricorn Records stable. Here Gregg’s voice takes on the tougher timbre we are familiar with on professionally recorded blue-eyed soul sides, some quite good. The sessions, especially for the first set, were overdubbed with annoying orchestrations and schlocky background singers that featured Gregg’s voice but sadly left Duane’s guitar generally buried.  Some selections like “Heartbeat” (a “Turn on Your Love Light” knockoff) work up a head of steam and “Bells” is a bizarre psychedelic spoken word thing that shows the band’s experimental nature, yet little clicks.

Power of Love, the sophomore Hour Glass release, is far better. It’s more stripped down, the material is stronger, Gregg’s voice found its footing especially on tunes such as “Changing of the Guard” and the band solidified their southern soul direction. Frustratingly neither of these new editions include over a dozen extra tracks that were added to the initial Hour Glass CD reissues, most well worth hearing, especially for the Allman Brothers Band completists who are the primary audience. An early version of “It’s Not My Cross to Bare” and another titled “Southbound” (different than the one on Brothers and Sisters) are both mysteriously MIA.

The Duane & Gregg compilation has been knocking around with various cover art for decades. The nine songs are demos recorded for a band called 31st of February that never released an album. It’s all tentative folk rock except for a strong opening “Morning Dew” (also on Dreams), a raw take on “Melissa” which sounds startlingly close to the final arrangement, and a hypnotic ballad “God Rest His Soul” that seems like it should have ended up on Gregg’s Laid Back solo project. Duane is hardly heard, Gregg doesn’t sing lead on one track, and the audio is demo quality with most songs in mono. Recommended only for hardcore followers.

There are few liner notes and little documentation on any of these, the sound isn’t remastered or remixed, there are no extra tracks and the packaging isn’t upgraded. They are quickie reissues just to get this music out—again– in the marketplace and maybe grab some extra cash due to the recent high profile Allman Brothers box. The disc’s are on the official Allman Brothers Band Recording Company label which gives them some sort of validity. But a far better idea would have been to collect 75 minutes of the best from these inconsistent sets and create a single disc compilation. 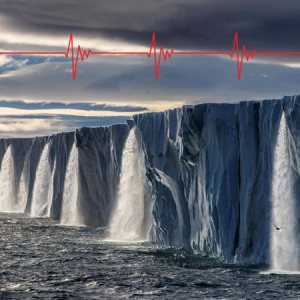 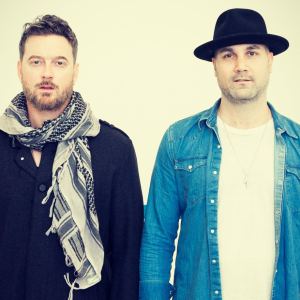