William S. Burroughs, the iconic Beat writer, was no rock-and-roll devotee, yet his influence on the art form is colossal. His use of the cut-up technique, whereby one rearranges and juxtaposes words to unlock new worlds of meaning, has influenced scores of songwriters, including Bob Dylan on the seminal albums Bringing It All Back Home and Highway 61 Revisited. Casey Rae, a media professor at Berklee College of Music and the current head of music licensing at SiriusXM, has examined the writer’s niche in rock history in a fascinating new book called William S. Burroughs And The Cult Of Rock ‘N’ Roll. We spoke with Rae about the book and a number of things Burroughsian.

When did you get the idea to examine this aspect of Burroughs’ legacy?

I’m from the ’80s and ’90s, in terms of my cultural awakening. I think it was probably the mid- to late-’80s when I first became aware of Burroughs and it was probably through Led Zeppelin, because I was reading the salacious biography Hammer Of The Gods, and there was a mention in there that Burroughs had attended one of their concerts and it kind of stuck in my head. I was friends with some cooler, older kids when I was a freshman in high school and they would show me stuff like Henry Miller and The Beats. At that point I was scandalized by Burroughs’ Naked Lunch and its grotesquery. And around that time (late’ 80s, early ’90s), Burroughs’ cultural cachet in the music scene was on the rise. I was aware of Kurt Cobain’s interest in Burroughs because of their collaboration The “Priest” They Called Him. And I saw Burroughs pop up in a Ministry video. Somewhere in the back of my mind [I knew] the folks from my tribe had some interest in this writer from the Jazz Age.

It needs to be said that Burroughs had no prevailing interest in rock music aesthetically. He understood the potency of the medium in terms of its potential to influence young minds, and I think he recognized the anti-establishment attitudes within certain members of the rock cognoscenti, and, at various times in his career, took pains to encourage that attitude. For instance, he wrote a letter of support for the Sex Pistols when they got in a little trouble in the U.K. for “God Save the Queen.”

He seemed to have an appreciation for the ritualistic nature of rock concerts that was almost anthropological.

Undoubtedly. I think anthropological is a great word for that. He was obsessed with “control,” you know, the mechanisms of mass influence. The twentieth century was the dawning of mass-media infrastructure. But he would take it back to Mayan cultures and how the priestly caste controlled and directed the lives of their subjects through various means, including the ability to predict astrological movements. He was definitely interested in the idea of influence and I think the shamanic aspect of rock and roll. If you look at his relationship with Patti Smith, which is one of the real true friendships he established with a musician, he recognized what she was doing as essentially shamanic.

One of my big takeaways from the book was the influence he had on Dylan’s Bringing It All Back Home and Highway 61 Revisited, as well as Sgt. Pepper’s with the tape-splicing, along with helping to inspire Bowie’s Ziggy Stardust character.

It’s not entirely clear what each artist took from Burroughs but you get the impression that they took something. He appeared in their lives at key junctures and created new directions. When Dylan and Burroughs met, I believe it was in ’65, Dylan was at a crossroads in his career and, you know, he had been the darling of the Greenwich Village folk community but was poised to become something more than that. Not long after his encounter with Burroughs, he committed the heresy of performing electric at the Newport Folk Festival.

In addition, you can definitely see the influence in the lyrics of Bob Dylan. I would certainly say the same thing for Lou Reed, who took something of that terse, economical, reportorial style, the way Burroughs could capture the seediness of the underground. Lou Reed was able to parlay that into his own seedy underground with The Velvet Underground, and that [music] obviously bears a relationship to those early Burroughs works like Junkie and Queer [that were written in the ‘50s].

So there are traces of Burroughs in the art itself and in the works of these musicians, and a lot of that was new to me as I was doing the deeper dive. I had a sense that Burroughs was kind of a punk icon, that a lot of folks wanted to seem hip by association, you know, by visiting him in The Bunker [when he lived in New York]. But the depths to which his influence actually manifests in the creative outlook of these musicians was kind of a revelation to me.

I wasn’t aware that Burroughs learned the cut-up technique from the French painter Brion Gysin. It seems like a lot of songwriters have used it over the years.

Some songwriters seem to look at it as a “get-out-of-jail-free card.” You know, you get into a sort of lock and cut-ups are a quick and efficient way to either jar your imagination or shake something else loose, or actually result in very interesting word combinations themselves that have some stand-alone aesthetic import.

But then there are other artists who are all in on cut-ups. David Bowie, for example. Lyrically, he used cut-ups right up through his last album. He even worked with a software developer in the ’90s to create the first app-based version of that, that could be applied to lyrics. And then of course there’s the expanded idea of what cut-ups are, you know, the juxtaposition and the insertion of randomness or even non-randomness that creates its own kind of universes of association. The industrial musicians were really great at that, and that also forms the basis for a lot of the more experimental hip-hop that was coming out in the ’90s and 2000s. And that’s another weird thing, “William S. Burroughs, MC,” you know [laughing]? His audio recordings and spoken word have been used on countless records in genres you never would expect.

I wanted to talk to you about his lifestyle, as he was a notorious drug addict. At what point in his story does he become a cautionary tale? I mean, the guy lived into his eighties.

It’s a long story and there’s a lot of grimace in the story of Burroughs’ life, and much of it was self-inflicted. You know, for example, he [accidentally] shot [and killed] his wife. I don’t shy away from that in the book and he didn’t forgive himself so I’m not inclined to either. That and his drug use certainly allowed him to explore psychic territories that other folks might have been less comfortable exploring. It also contributed to his outlaw persona and I think that’s in part why he seemed like such an icon to many musicians, particularly in the more renegade genres. In terms of the drug use, Burroughs himself would say that he wasn’t encouraging drug use by any means. In fact, he believed he was painting an accurate picture of the grim reality of addiction. He used drug addiction as a metaphor for just about every other form of grasping and attachment you could experience. His internal battle with the forces of “control,” as he called it, were both very real and practical, in terms of his need to get clean but also his desire to escape the conditions of existence that all humans struggle with. And that added an almost “sci-fi” sensibility to his novels.

You devote the first chapter of the book to Burroughs’ meeting with Kurt Cobain. You write that among musicians, he more or less made the greatest impression on the writer. And Burroughs was saddened and surprised by Cobain’s suicide.

He had a real fondness for Kurt Cobain. I was able to source that as close to first-hand as possible through Kurt’s road manager who was the guy that actually drove him to Lawrence, Kansas, to meet Bill at his red bungalow. I started with that chapter because I wanted to give folks who were coming to the Burroughs story for the first time something to hang their hat on, so to speak. Cobain is well-known enough and his legacy has persisted in a way that it allowed for that opening. But at the same time, [the Cobain anecdote] does establish that whatever Burroughs thought about rock and roll, he was capable of recognizing the humanity in some of the artists who sought him out, and Cobain was certainly one of them. In Cobain’s case, that humanity was severely compromised by addiction and malaise. Burroughs had been through enough of that to understand what it looked like. He did seem to puzzle over why Cobain killed himself after the fact. That was one thing that Burroughs could never really understand — why somebody would choose to take their own life. And to me, the saddest part of that story is he was sending Kurt Cobain birthday cards and handmade paintings right before he killed himself. It’s kind of a touching thing and I think that even though it is sad, it humanizes Burroughs in a way and helps support an understanding of him as a person, and not just some outlaw box-checking exercise.

So many musicians wanted to meet him, yet he’s someone who condemned hero worship. But it was very important for a lot of these artists to try to cultivate a relationship with the man, and he seemed to be a gentleman about the whole thing.

Some of the artists who dug him were suspicious of hero worship, too. I would say the punks are anti-heroic and there’s a strong thread of that in some other artists, too. Jerry Garcia, who met up with Burroughs in Amsterdam, had been a fan because he was a dyed-in-the-wool Beat Generation kid and that influenced his creative direction. You think of Jerry Garcia as the “King of the Hippies” or whatever, but they did have something in common — they were both deeply suspicious of the trappings of fame and celebrity. I think that some of the folks that gravitated to Burroughs probably wanted to seem cool and some of them might have thought they had a closer relationship than they actually did. Although again, Burroughs really did seem to establish a genuine rapport with a lot of these folks, while probably having no interest in their actual music. Hüsker Dü is a great example. Bowie was always very willing to convey his depths of appreciation for Burroughs throughout his career, and Bowie isn’t usually the type of guy who reveals his hand, so to me that underscores the meaningful nature of some of these connections.

It seems to me like his stature and his legacy continue to grow.

He’s a dark horse, and the thing that’s revelatory [about his work] to me, is how much of our current media and technology and influence-environment he predicted. If I’m contributing anything to the Beat scholarship side of this, I hope that is valuable on some level. In my research I didn’t see anyone else who’d pulled those threads together — the idea that Burroughs is a mixed-media Nostradamus. His vision is dark and incredibly relevant in the era that we currently occupy.

The interview was condensed and edited for length.

Click here to listen to a “William S. Burroughs and The Cult of Rock ‘N’ Roll” YouTube Playlist compiled by University of Texas Press. 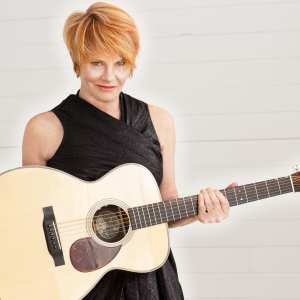 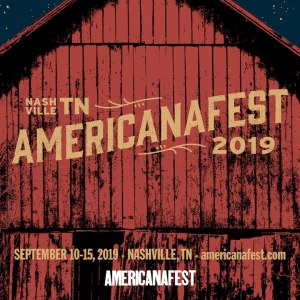