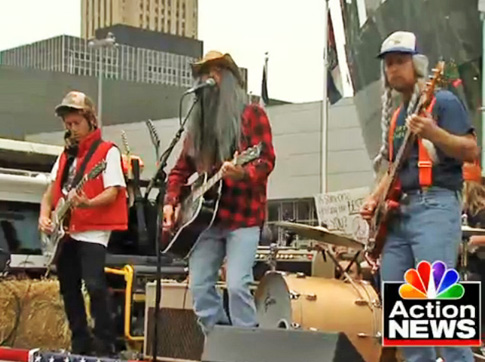 The Foo Fighters in disguise.

Three rare Nirvana recordings have surfaced. Seattle’s 107.7 The End has posted alternate versions of “Smells Like Teen Spirit,” “Breed,” and “On a Plain” from the upcoming reissue of Nevermind on their site.

John Mayer, who can be heard on Tony Bennett’s Duets II album, has announced that he has been diagnosed with granuloma in his throat, a condition that prevents him from singing. Mayer explains in a new blog that his upcoming album, Born And Raised, originally slated for a Fall release, has been pushed back to next year.

In the mood for some “hot man muffins”? Even if you aren’t, you should check out this great video of Foo Fighters mocking anti-gay protesters in Kansas City.

Set your DVRs — Radiohead will appear on an hour-long rendition of The Colbert Report on Monday, September 26. Says Stephen Colbert in a statement: “I look forward to meeting the Radioheads and leveraging their anti-corporate indie cred to raise brand awareness for my sponsors.”

Read our interview with M. Ward, who discusses teaming up with Dawes, the She & Him Christmas album, his next LP, country music and more.

Neil Young is working on a memoir, entitled Waging Heavy Peace, set for fall 2012 from Blue Rider Press. “The intention is to cover pretty much everything — growing up, music, life,” publisher David Rosenthal tells the New York Times. “I am astounded at his memory for detail.”

September 19 is officially Talk Like A Pirate Day. Merge Records is giving away Lambchop’s “National Talk Like a Pirate Day” song, from their 2008 album OH. Check it out below, if ye be so inclined.

Lambchop – National Talk Like a Pirate Day by MergeRecords 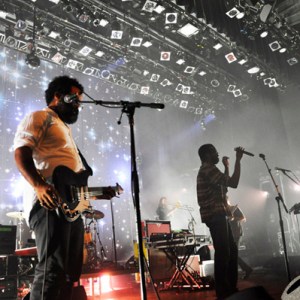 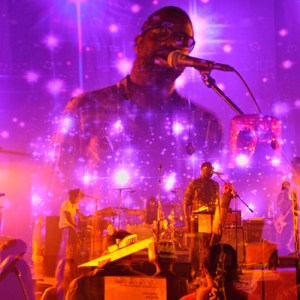