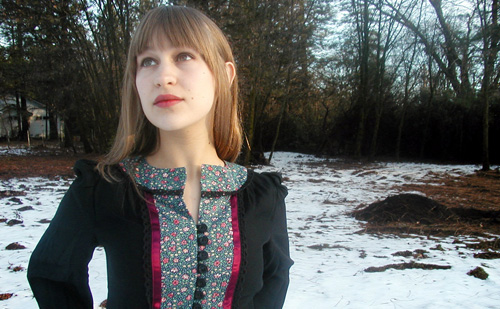 U2’s epically expensive Spider-Man musical (“Spider-Man: Turn Of The Dark”) has been postponed until fall 2010, after an initial launch date of March 2010. With a $50 million dollar budget, it’s the most costly show in Broadway history. Refunds are available to those who bought tickets for the spring dates.

Philip Glass stopped by The Colbert Report last night to help Stephen perform a new song about the state of the nation, “We Are At War.” It’s delightfully pretentious. Check it out at Colbertnation.com.

Harp-playing singer-songwriter Joanna Newsom will release her third album, Have One On Me, the followup to 2006’s critically acclaimed Ys, on Drag City Records February 23. Details have yet to emerge, but there is this handy cartoon:

Says Sheff: “I feel truly lucky that I got to produce this record. When we started out, I was given sixty unreleased songs to choose from. There were songs written during business setbacks including the Elevators’ painful breakup, songs written by Roky while he was incarcerated at Rusk, and a great deal of songs that reminded me of the sense of optimism and romanticism that I think sustained Roky through his worst years and ultimately reunited him, a few years ago, with his son Jegar and his first wife Dana. Because we started with so many songs to choose from, the quality of the material we ended up with was exhilarating. This is not a cynical comeback record, a lukewarm update on an established legacy – these are the best songs Roky has ever written, unreleased due to decades plagued by the kind of personal tragedies that would destroy someone less resilient. This record has been the most challenging and rewarding, thing I’ve ever worked on, and we in Okkervil River were deeply honored to show up decades later and help Roky carry these wonderful songs over the finish line.”

Providence, Rhode Island’s Deer Tick, who were Rolling Stone’s “”country-rock breakthrough of the year” in 2009, have announced a new EP and upcoming tour. The EP, dubbed More Fuel for the Fire, features three new studio tracks (“La La La,” “Dance of Love,”  “Axe Is Forever,” and a live version of fan favorite “Straight Into A Storm” (from Born on Flag Day) recorded in Charlotte, North Carolina at the Visulite Theatre.

Beginning in March, the band will tour the States with Dr. Dog, in what will surely be a must-see show. Dates below: 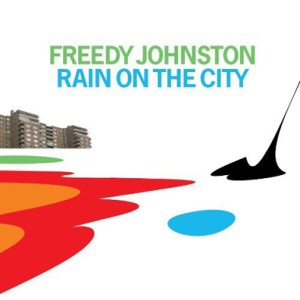 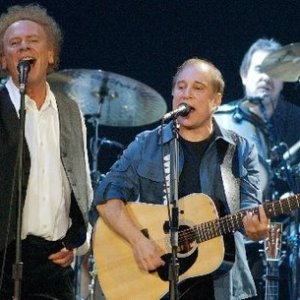