Every musical genre has its city, its hub where it flourishes and attracts musicians and creatives in that scene.  For pop it’s the west coast cities, blues and jazz – you may want to try out the swamps and French Quarter in New Orleans or the downtown streets of Memphis, and for country music: Nashville.  Geography is just one of the main points songwriter Niko Moon talks about while dishing up all his favorite tips and tricks for aspiring songwriters.

Niko Moon is a Nashville local and note-worthy singer-songwriter signed to Sony and RCA, who has written material for the prominent Zac Brown Band and worked with household country acts like Rascal Flatts. Moon shares how he balances the different approaches of songwriting for himself, while also writing for other artists and why both are important.

With such an influx of songwriters in music today, Moon lays out exactly how he makes everything work in the Nashville scene of songwriting and hopefully it will serve as a resource for every novice songwriter looking to make it.

Moon’s first piece of advice is simple- Have the right mindset going in, that is tailored to what you are working on.

“I have the mindset ahead of time if I’m writing for myself or someone else,” Moon said. “Because I have a very clear idea of what kind of song would be for me.”

Secondly, he explains the best way he knows to handle songwriting for both him and other artists and why both avenues are important.

“All the artists in Nashville are all over the board as far as who cuts other people’s songs or only their own songs and who collaborates with other people,” Moon explained to American Songwriter.  “I fall into the category where I write every single song that I cut but I co-write every song I cut with other people, so that’s the best balance for me personally, always collaborating with other people.  Two minds, three minds, four minds are always better than one mind; I think it’s always good to have that second opinion from someone you trust and feel is a good songwriter themselves. But everybody here in town does it their own way, there’s a million different ways to skin this cat and this is just the way I decide to do it.”

Lastly, Moon was real keen on the re-location aspect of being a songwriter, describing it as almost crucial.  He explained how it all came together for him when he moved to Nashville, where the business and industry lived, a decision he thinks every ambitious songwriter should make. Where you end up really depends on what style of music you are writing.

“If you’re in the country genre you have got to move to Nashville, that’s just how it is,” Moon said. “All the publishers are here in Nashville for country music, so there’s no way that I can think of- unless you personally know the artist that you want to cut your song, then go to them directly- but if you don’t, then you’ll need the help of a publisher to get the song to them. All the publishers are here and all the songwriters are here, so it’s really important to get involved in the songwriting community here if you want to do this. You need to move here and be here where the action is. You have to establish yourself and there’s a million songwriters here in Nashville who are really great, who work their ass off every day so it’s important if that’s your dream- come here and be part of it.”

“If it’s another genre of music, go wherever that mecca is for that style,” he added. “If it’s pop, then I would say LA is the place for you to go because that’s where those songwriters are.  It’s important to be where they are because that’s when things really took off for me, when I finally moved here.”

Aligning with Moon’s songwriting success in Nashville was the release of his debut album Good Time that dropped earlier this year. It is the perfect track-list of damn good fun, so be sure to give it a listen.

Check out Niko Moon on his site and support his music — heck, buy a killer T-shirt. 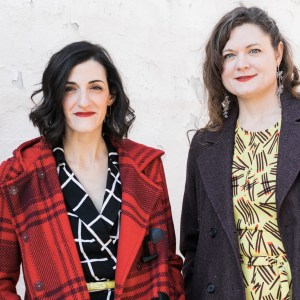 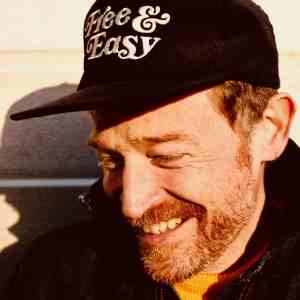