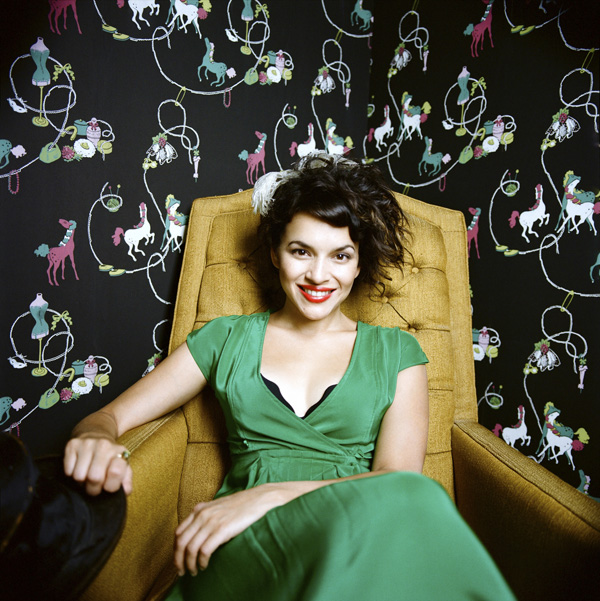 Willie Nelson was recently asked his thoughts on Norah Jones, who duets with him on “Baby, It’s Cold Outside” from his recent standards collection, American Classic. He responded, “Norah is the most down-to-earth… natural person I’ve ever met. You never know if she has any idea how great she is.”

Sitting across from Jones at a bar in New York’s East Village, I can see what Nelson means. Despite being talented, beautiful and extremely successful, Jones comes across as completely unpretentious—the kind of girl you’d hang out at a bar in the East Village with, but not necessarily during a magazine interview. There’s something incredibly “normal” about her, which is unusual for someone whose debut album scored eight Grammy awards at a time when most girls her age were still in college. She even has a sense of humor about her normalness. When I mention to Jones that she hasn’t had any brushes with the law or dated anyone from Mötley Crüe, she quickly replies, “Yet!”

Jones’ new CD, The Fall, is her fourth official album and her first in almost three years. It’s also significant because it finds her breaking out of her comfort zone. This is still a Norah Jones record—it’s not like she’s suddenly gone industrial or anything. But she’s working with a larger set of musicians this time around, many of whom she never played with before; she’s teamed with producer Jacquire King (Tom Waits, Buddy Guy, Kings of Leon) for the first time; and she’s playing more guitar on this album. I asked her whether she finds it different writing on guitar than piano, which is the instrument she’s known for.

“I find it easier to write on guitar,” says Jones. “But I also get trapped into writing similar chord cycles, because I’m a very limited guitar player. I don’t know how to play anything but really rudimentary chords. Whereas on piano I can write a song like ‘My Dear Country’ [from her last album, Not Too Late]; I could never write chords like that on guitar.”

“It [was] fun, once I got over my self-consciousness of playing guitar in front of Marc Ribot or Smokey Hormel,” she continues with a laugh. “But they were both really cool, and they were like, ‘Wow! I really like your guitar playing.’ Whether they were just saying that or not, it made me feel comfortable.”

Ribot and Hormel weren’t the only heavyweights that Jones worked with on The Fall. Prolific session drummer Joey Waronker played on several tracks. And though they don’t actually perform on the album, Ryan Adams and Okkervil River’s Will Sheff each collaborated with Jones on one song—the ethereal “Light As a Feather” and the more aggressive “Stuck,” respectively.

Of working with Adams and Sheff, Jones says, “They’re not similar, necessarily, but they both seem to be very prolific and have a lot of ideas. [In both cases], I had a song that I hadn’t finished… I had a couple of lyric ideas, but nothing that really stuck. And for me, it’s really hard to write lyrics once I’ve finished with the music. It’s easier [to put] music to lyrics for me. So in these two cases, they really helped me get the lyrics together.”

Musically, the songs on The Fall are probably a bit more diverse than on Jones’ past efforts. Highlights include the opening song, “Chasing Pirates,” a catchy, Wurlitzer-driven tune about being too wound-up to sleep; the lovely breakup ballad “Back to Manhattan”; and the hilarious “Man of the Hour,” which closes the disc. The first time I listened to the album all the way through, my impression was that Jones had ended a long-term relationship, gone through the usual ups and downs that follow and wound up meeting the new man of her dreams—the guy she’s singing about in “Man of the Hour.” Then, I listened a second time and realized that she’s singing about a dog.

According to Jones, he is the new man of her dreams, though. His name is Ralph and he’s a poodle. “[But] I like to say that he’s a scruffy, manly poodle,” she adds. “Because you say poodle and people start rolling their eyes… My dogological clock started to tick. So I got a dog [and] it’s great. I’m madly in love with him.”

As for “Chasing Pirates,” Jones tells me it was one of the first songs she wrote for The Fall. “It kind of helped shape the whole album, actually,” she says. “It wasn’t [initially] my favorite but once we recorded it, it was one of my favorites. It’s funny what an interesting arrangement can do. It can turn a good song into a great song—or it can turn a great song into a bad song!”

Jones has collaborated with an extensive and diverse range of artists throughout the years—from the aforementioned Nelson and Ray Charles to Andre 3000 of Outkast. I was curious to know if there’s someone she’d like to sing with that she hasn’t. “When people mention the list of all these great collaborations I’ve done, there are very few female artists,” she replies. “It’s not because I have avoided it—I do the things I get asked to do… But I would love to work with more women… I did a show a few weeks ago with Rufus Wainwright and his sister Martha and their mother Kate [McGarrigle]. And it was just so much fun. We did a bunch of songs in four-part harmony.”

And as for Willie Nelson, it seems the admiration is mutual. Jones tells me, “He opens his mouth and sings and it sounds like my childhood coming out. I just adore him.” 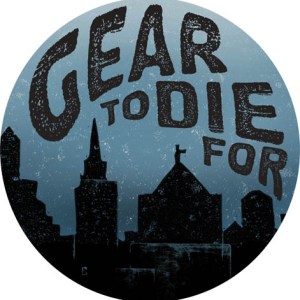 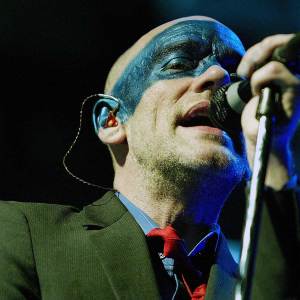