When Norah Jones submitted her debut Come Away With Me to her record label it was rejected. Initially recording the album at Allaire Studios in Woodstock, New York with a dream collective of musicians—Rob Burger on accordion and organ, guitarists Bill Frisell and Kevin Breit, bassist Lee Alexander, and drummers Brian Blade and Kenny Wollesen on drums—Come Away With Me was later rerecorded and remixed before its release in 2002. Still, those early sessions and even earlier demos marked a moment in time for the then 21-year-old artist making her first album.

“Some of these recordings are great,” Jones tells American Songwriter. “They could have easily been on the album with a little spit polish, but they just weren’t. It’s pretty nice to get to release it and to tell the story of how it all came to be because it is a little bit tricky of a story as a soundbite.”

Now 20 years since the release of Come Away With Me, Jones revisited some of the songs that got away, those never released from the Allaire sessions and earlier demos on Come Away With Me – 20th Anniversary Super Deluxe Edition. Produced by Eli Wolf, the reissued package features the original 14-track album, in addition to 22 previously unreleased tracks, including the original demos Jones submitted to Blue Note Records, the First Session demos she made after being signed, and the first version of the album recorded at Allaire Studios with Street, featuring many tracks never heard before.

For Jones, reuniting with Street to work on those songs again after two decades was enlightening. “I had to take a lot of care to explain that properly with the right nuance,” says Jones. “It was great getting together with Craig and remixing it and making it really shine because it never got the chance to.”

When Come Away with Me was initially turned down by Blue Note, the incident was downplayed, says Jones, because no one wanted that to become the story around the album. “The story became so much more that it almost didn’t matter,” says Jones. “Many records are made that way, not with a whole record being turned down necessarily, but so many are made from different sessions with a lot of different people.” She adds, “It’s not like it needed to be told, and it was a really weird thing that happened, but I never looked back and had any regrets because the album took off crazily that whatever happened just felt like fate.”

Looking back on the Street sessions, Jones admits things could have been handled differently by the label, but it’s also difficult to get back into the mindset of how she was feeling back then. Returning to Sorcerer Sound Studios with producer Arif Mardin, the final version of Come Away With Me featured “Don’t Know Why” and “Turn Me On” from Jones’ earlier demo sessions and “The Long Day Is Over,” “Feelin’ The Same Way,” and “Seven Years” from the Allaire sessions.

“I think part of me was relieved because I knew that it wasn’t completely right yet, but part of me was also very disappointed because there was some really special stuff in there,” shares Jones. “Part of me always felt bad about never getting to see it through with Craig, so it was nice to reconnect and finish that with him.”

Listening to earlier demos and Allaire, Jones said she found a renewed connection to many of the songs again. “I loved a lot of the stuff that was happening, but I didn’t feel like I sounded good,” says Jones. “It wasn’t until we really had the chance to dive in and find the old tapes—everything was recorded on tape and transferred to Pro Tools—that I realized that with the proper mixes, these are actually great, and I sound great. I’m really proud of myself. I just never thought I sounded good on them at the time.”

Added to never-released demos like “Spring Can Really Hang You Up the Most,” “Walkin’ My Baby Back Home,” and “World of Trouble,” along with The First Sessions demos and outtakes on the Deluxe, Jones is particularly fond of “Fragile,” a song recorded during the Allaire sessions and originally written by her friend and musician Noam Weinstein, who used to play with her at The Living Room on the Lower East Side, after her move from Texas to New York City in 1999

“It was special to go back to it because it is nice to celebrate it,” says Jones of the album. “At the time, I was so overwhelmed with it all, I didn’t really get a chance to enjoy it. I definitely had a lot of fun in there, but it was also mixed up with a lot of anxiety and stress and confusion over what was happening, so it’s nice to look back and be able to just be proud of it without all that added stew of feelings.”

Come Away With Me was not a jazz album, though Jones has roots in jazz piano and planted in regular jazz club gigs. “I think about the album, and I think about all those songs,” says Jones. “It’s so easy to write dark, sad songs. There’s a real sense of melancholy on the whole album because that’s always been where I’ve drifted. I love slow songs. I love ballads. I love sad songs, so the album has that sort of threat of melancholy, but it also had from a songwriting perspective and a lyrical perspective, an innocence to it.”

Referencing some of the songs, many of which Jones didn’t write but was interpreting, “Cold Cold Heart” was never an innocent song, but there was something “playful” inside of it. “I always felt like it was playful the way I did it,” she says. “It’s a sad song about longing but there’s a lightness to it compared to everything I’m gravitating towards. I don’t think I really realized what I was singing about completely singing ‘Cold Cold Heart’ the way I do now.”

Jones admits that she didn’t realize how beautiful “The Nearness of You” was, as well as “Come Away With Me,” a song she wrote late one night after a Living Room show, strumming through the song on an old electric guitar using her limited chord skills at the time. “It felt more country than jazz,” says Jones. “I wrote it down with enough clues to remember the melody and luckily was able to make sense of it the next morning.” Still new to songwriting at the time, Jones says she was just happy to have a song that didn’t embarrass her.

“How innocent that is, how pure that feeling is,” adds Jones of the title track. “I don’t know if I could write a song like that now. It was just like the whole world is ahead of us, so let’s make it beautiful.”

Mostly written around more desolate states of love and being, the sadness in the songs of Come Away with Me shouldn’t be a surprise, says Jones. “It got me through high school,” she laughs. “I had a mixtape of sad songs and would just put it on and cry.” Though steeped in the more melancholy, Jones insists there’s still a sense of comfort within the songs. “It doesn’t lean towards the dark, sad, melancholy, super depressing,” says Jones, “but I feel like there’s a lightness to it.”

Coming full circle with Come Away with Me and always working on something new, following up her 2021 holiday album I Dream of Christmas and her seventh album Pick Me Up Off the Floor, Jones is waiting to see where her songs take her next.

“Maybe I’ll write ‘Sad Songs to Cry to at Midnight in the Bathtub While Eating a Tub of Ice Cream and Drinking Wine,’” she jokes.

“I’m just tinkering, as always,” says Jones. “I feel musical enough. I feel like I’m always about six months ahead of myself. I don’t have like a five-year plan, and I like it that way. I guess we’ll just see.” 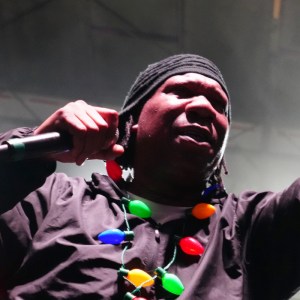 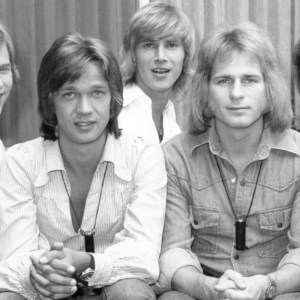