“Around the time I wrote this song I was coming out of some really dark times in my life,” Devora tells American Songwriter in a statement. “I realized in that moment that everything I felt that broke me actually built the resilient foundation of where I am today. I felt empowered and fearless, and ‘Not Dead Yet’ reflects the resilience, perseverance and boldness of moving forward, while celebrating life in the fast lane.”

“For the first time in a while,” she continues, “I had felt a universal sense of calm with leaving my past in the rear view mirror. I embraced the forward motion, and set fire to yesterday in the most positive and introspective way. I became a modern day outlaw and never looked back.”

Devora is the self-described “outlaw pop” project of Ariel Levitan. One gets the sense that she’s spent a lot of time facing her demons while zipping through the desert—first in her hometown of Phoenix, then in her adopted home of Southern California.

“This song commemorates the ups and downs of life, while celebrating the moments that we have today, if only for today,” says Devora. “It’s a salute to going your own way in life and carving your own lane undaunted—observing one’s uniqueness, honoring yourself and embracing the crazy ride along the way. This song is a salute to outlaws everywhere.”

For Devora, that outlaw outlook goes hand in hand with a sense of risk or danger. “I just realized that I’ve been driving / on the wrong side of the road this whole time,” she sings in the bridge.

“‘Not Dead Yet’ illustrates strong visceral imagery and cinematic scenes straight out of the ‘dark side’ of the wild wild west,” she explains. “It’s the onset of a musical journey into a surrealist world I’ve created filled with ghost towns, fire red sunsets and dingy route 66 motel rooms. It’s the beginnings of dark rodeos, the haunted desert, neon signs and the open road. It’s all of the major markings of a wild expedition ahead, and the spiritedness of riding off into a pitch black sunset.”

Devora wrote the song with “two of [her] favorite songwriters/producers,” Cass Dillon and Alex Aldi. “They are incredibly talented and we have all been on the same creative wavelength since the beginning,” she shares. “Cass and Alex encouraged me to be exactly who I am, and celebrated it all.”

Dillon and Aldi also helped craft a larger project of Devora’s, the details of which have yet to be announced. “They were able to translate these visions and ideas into epic musical journeys,” she says of the collaboration. “Working on this record was one of the most cathartic and freeing experiences I’ve ever felt in my life.”

That process of shaping narratives into music is what Devora loves most about songwriting. “[I write my best when I] tell my stories,” she explains. “I love weaving musical landscapes and depicting epic journeys and tales through song—like a mini movie, if you will. I love embracing the unknown and diving head first into a good mystery.”

Devora cites Johnny Cash, Nine Inch Nails, Marilyn Manson, Nirvana, Dolly Parton, and The White Stripes as some of her musical influences, and you can hear why in “Not Dead Yet.” Check out the track below. 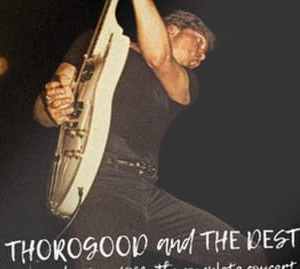 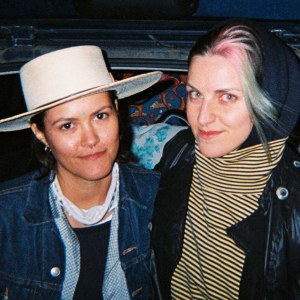