Anybody who’s followed Henry Hall over the last few years knows that the Los Angeles singer-songwriter has a remarkable ability to slide from tender to unhinged within a song, especially in his vocal performances. You can hear that shift in the soaring “Company” off his 2016 EP My Friends Don’t Like Me, and you can also hear it in his new single, “Not in My House,” which arrives today with a music video premiering below.

“‘Not in My House’ started with the titular lyric, ‘Not in my house…,’” Hall tells American Songwriter over email. “I just thought there was something so powerful in that phrase and also something hilariously over-confident about it. As the song goes on, my confidence crumbles—I go from singing with the conviction of a growling guard dog defending his ‘house’ to essentially singing an ode to agoraphobia. ‘Not in My House, but also not anywhere else too please’ is the ethos of the song, really.”

“[Ethan] wanted this video to have the same level of intensity as my live shows, and I wanted that too, but without any instruments, just me singing and doing these very deliberate, bursting movements,” says Hall of the production. “We choreographed the dance together and Ethan completely brought the song to life with his camera movement/placement and lighting. I pretty much just did the dance a million times and Ethan went home with the footage and cut together what you see in the video. I completely trusted him to convey the energy and intensity of the song because I knew he would come up with something even more intense and dark and stunning than I could ever dream of.”

“Not in My House” is the second single off Hall’s forthcoming debut album, Neato, following “Guy.” Hall turned to another friend of his, producer Dylan Bostick, to help craft the record.

“Dylan and I went to high school and college together, so our collaboration was destined to happen at some point,” says Hall. “Once I finished the demos and lyrics for the Neato songs, we locked ourselves in Dylan’s studio for about a year and recorded away. He helped me flesh-out the album’s sounds and bring them to life through his signature mixing and production: crisp, balanced, and powerful. He’s a master of instrumental (especially guitar) and vocal tones, so I knew that he would be able to unearth a sonic landscape that would match the emotional weight of these tunes. I think he most certainly did that and the congruency of the sounds on the album is all thanks to Dylan. He also makes the best lemon bars I’ve ever had in my entire life.”

Check out Hall’s “Not in My House” video below and follow him here. 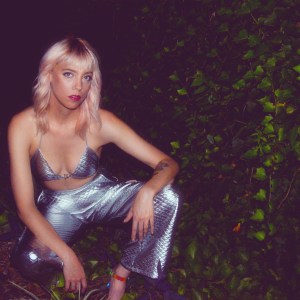 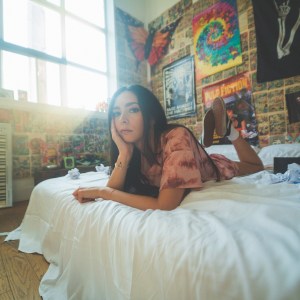